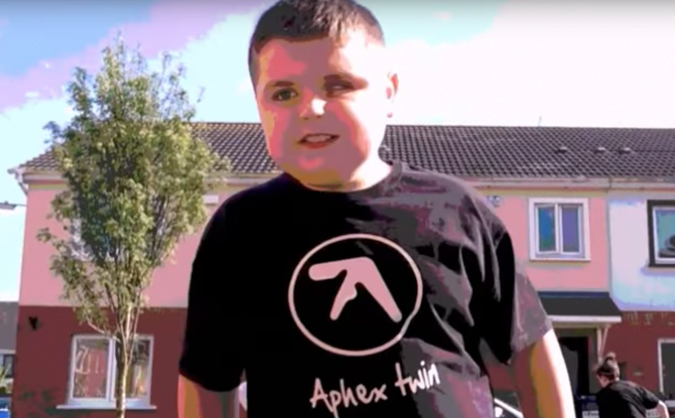 A brilliant interview by Culture Creature has just introduced the world to Aphex Twin’s latest video director in the name of 12 year old Ryan Wyer.

Wyer was personally chosen by Richard D. James (aka Aphex Twin) and his Warp Records label to both direct and appear in the video for  ‘CIRKLON3 [ Колхозная mix ]’, which you can see below. The track is part of Aphex Twin’s Cheetah EP, which was released this past Friday July 8th.

Ryan and Aphex Twin first connected when the artist and label discovered Wyer’s YouTube channel and the selection of videos the young director had uploaded, including several Aphex Twin ‘fan videos,’ such as this one for ‘minipops 67 [120.2][source field mix].’ According to Wyer’s mother Maria, it was the label and artist who reached out, “Warp said that Ryan had been spoken about a lot and they loved his work.”

Following that initial contact, and James’ appreciation for Wyer’s work, the label contacted him with the now-released Cheetah EP, asking him to make a video for a track of his choice. As a true sign of James’ true respect for Wyer’s video directing skills, he allowed the twelve year old to produce the video with 100% creative responsibility. Marie specified that “Warp and Richard put Ryan under no pressure and were very supportive and helpful along the whole process.”

What is most inspiring is seeing Ryan’s story and skills as a video producer and director be given the attention they deserve. His mother noted that this story has inspired other children who have a disability, as well as their families. Ryan has autism and is visually impaired, yet has pursued his dreams and skills and has now actively contributed to the work of one of the most respected artists in the electronic music world.

As of writing, the video has amassed nearly 900,000 views on YouTube. Earlier this year, Marie tweeted the below picture of Ryan and James shopping for records together: