Anything is Possible For Will Clarke 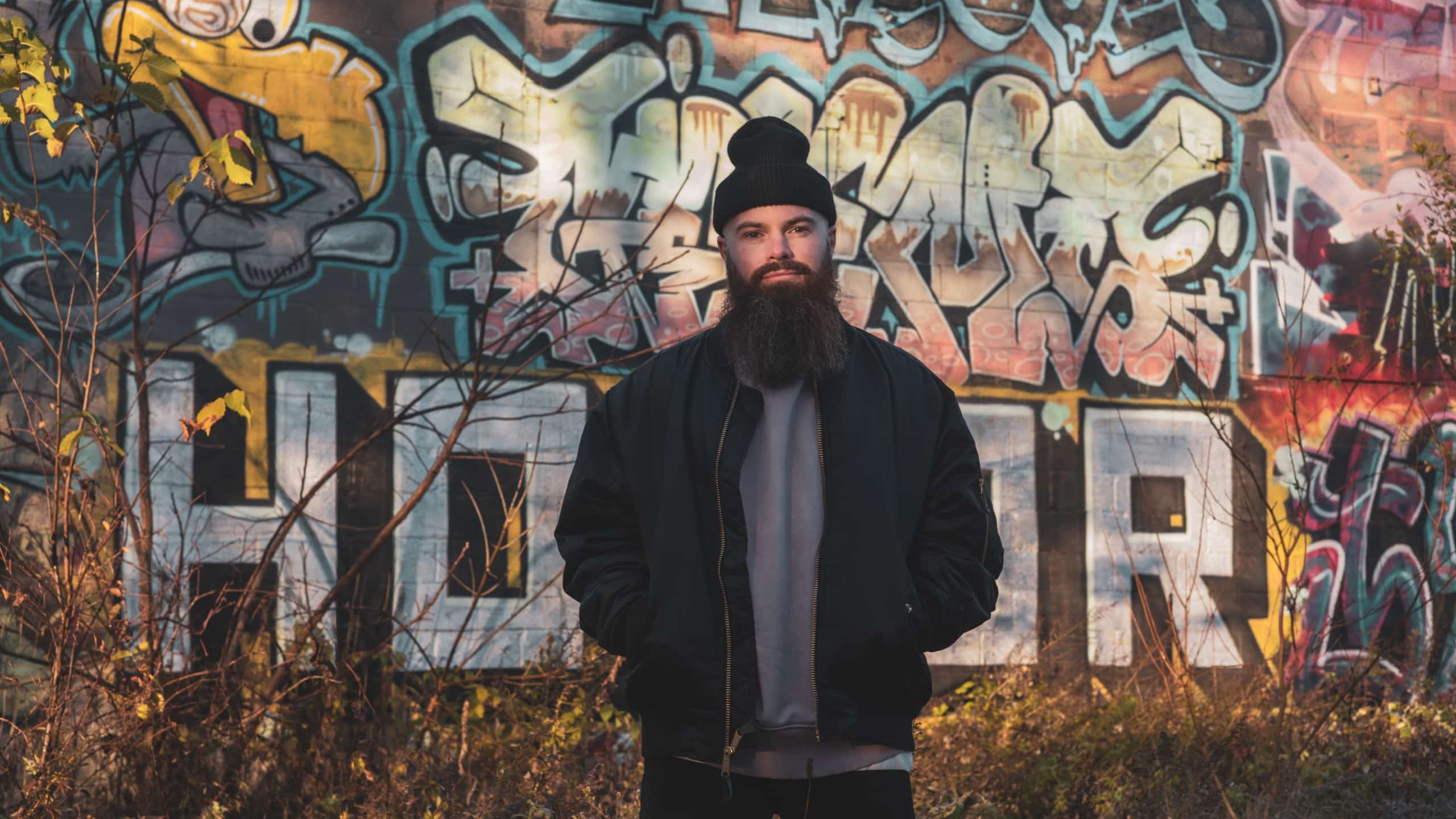 Anything is Possible For Will Clarke

An instantly recognizable DJ with his unique style and a one-of-a-kind beard, Will Clarke has solidified his place in dance music starting from his wildly successful Dirty Bird roots and going onto releasing on other highly esteemed labels such as Factory 93, Drumcode, We Are the Brave and more. With all those under his belt,  Clarke has played massive festivals all around the world and now has his own creative imprint, “All We Have Is Now”. In 2020, he launched his own podcast called “The Will Clarke Podcast” featuring athletes, chefs, music industry figures, and fellow artists. Clarke was gracious enough to take time during his international performance schedule to talk to 6AM about his work discipline, past influences and current personal goals.

Listen to 6AM In Interview: Will Clarke

6AM · 6AM In Interview: Will Clarke

Becoming a successful music producer such as Clarke requires an immense amount of knowledge, talent and plain old fashion grit and hustle. Just by looking at all his achievements it’s obvious he has been doing just that, for the last 15+ years of his life. Although the music Clarke creates and the sets he smashes the dance floor with, induce feet grinding pleasure party vibes- The self proclaimed “not a full-blown techno artist” is extremely goal oriented, disciplined, business savvy, thought provoking, and a roll up your sleeves hands on worker.

From his upbringing and childhood mentor, Clarke has developed a method to get to the madness of his esteemed goals.

“[My Mentor/Family Friend] would just be like ‘OK what’s the number goal?’ And then from that number one, goal work your way down to other other goals- which will then eventually get to the number one goal. So it kind of started from there. But I think even from a child my parents were very goal focused and I think it was kind of, not drilled into me, but that’s kind of how we work.”

Read Next: What’s in Your Toolbox? Will Clarke’ House & Techno Gems

That number one goal of someday headlining Glastonbury Festival and the concept of breaking down large goals into smaller ones is what has guided Clarke. To this day, He employs an interesting disciplined re-evaluation of his achievements every 6 months as he plans out his next foray for the rest of the year.

“You don’t necessarily look back on what you actually have achieved or what you wanted to achieve and I think by setting goals… It allow us me to really just like. ‘Ah sh*t we actually did do that!’ “

With all the grit, discipline and hard work Clarke has put into his artist project, he also maintains a fairly interesting stance on pursuing goals. Counter to the mentality of “never quit”, Will has a more positive outlook on letting go of certain goals and as he puts it “quit sh*t”:

“It’s totally fine to quit sh*t. It’s good to quit sh*t because it means you can move onto something else. How many people are just like ‘slog it out and slog it out and slog it out’ and they’re just doing everything wrong- And they never work it out and that to me is the most unintuitive way to work. [If] Something’s not working out and you tried it multiple times, in different ways… and it doesn’t work… just move on to something else.” 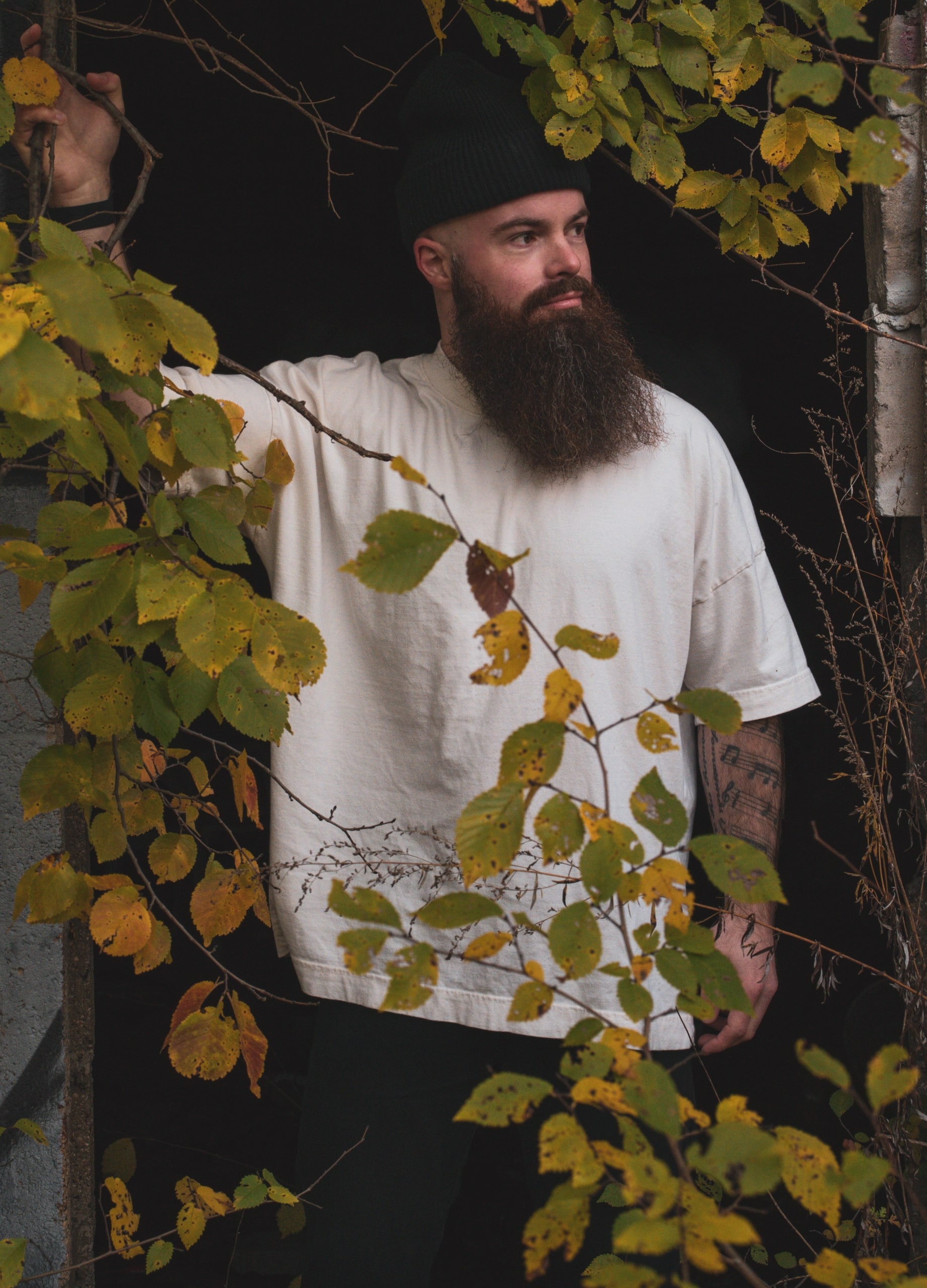 However, even with all that he’s achieved and his willingness to “quit sh*t” and move on- Clarke takes his music and business endeavors as a constant journey that he shows no sign of quitting or remaining stagnant. As with most good artists, and most growing adults quite frankly, there comes a time to change, evolve and expand beyond what you were used to, and for Will Clarke… that time is now.

“I’m now 32 and it’s time to grow up a little bit and kind of evolve. I’m trying to step out of my comfort zone”

Clarke has set up new goals for himself musically and as a person. He wants to collaborate with other artists, change his production methods, and just get better than he already is.

“…I just wanna redo the whole thing. During lock down I created a little bit less club orientated music… I just want to completely change it all… I want to work with other people, writing music for other people, as well and kind of just expand my music knowledge. I guess there’s so much out there and there’s so many that way more talented me see if I can use them and we can all come together in together and just make amazing music” 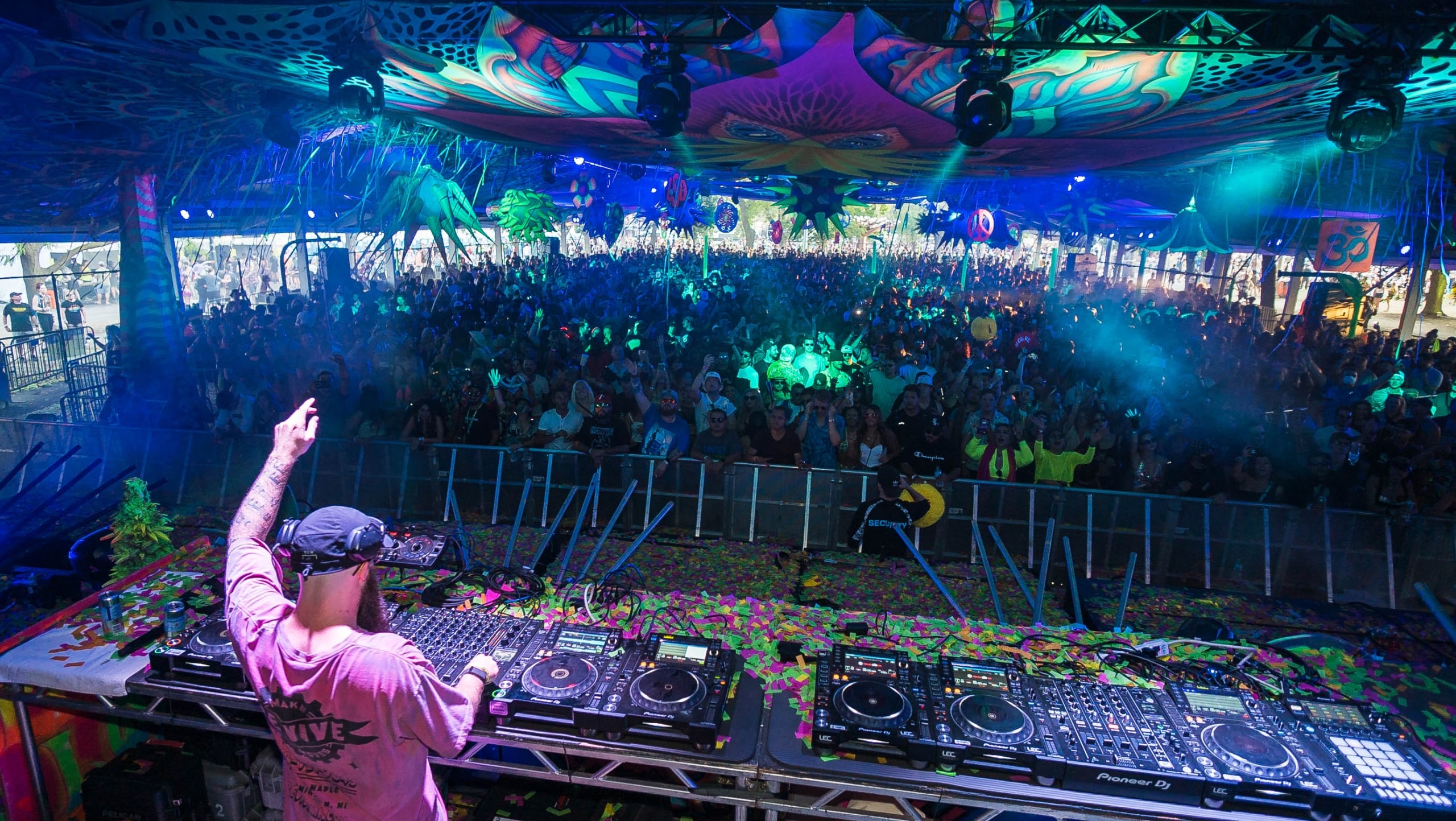 Also having a little extra time during lockdown, Clarke took the obstacle as an opportunity to launch his own podcast. His new podcast series has been a goal of his since even before the pandemic. Like with his current life motto, Clarke wanted to expand his horizons and discuss subjects beyond music while having deep conversations with others. Having already released more than 120 episodes with his podcast, of which he conducts and edits himself- Clarke is somehow able to successfully manage all his side projects while he is back touring internationally.

“I absolutely love being under pressure. I love being busy. I couldn’t think of anything worse than having nothing to do and bore the living sh*t out of me” 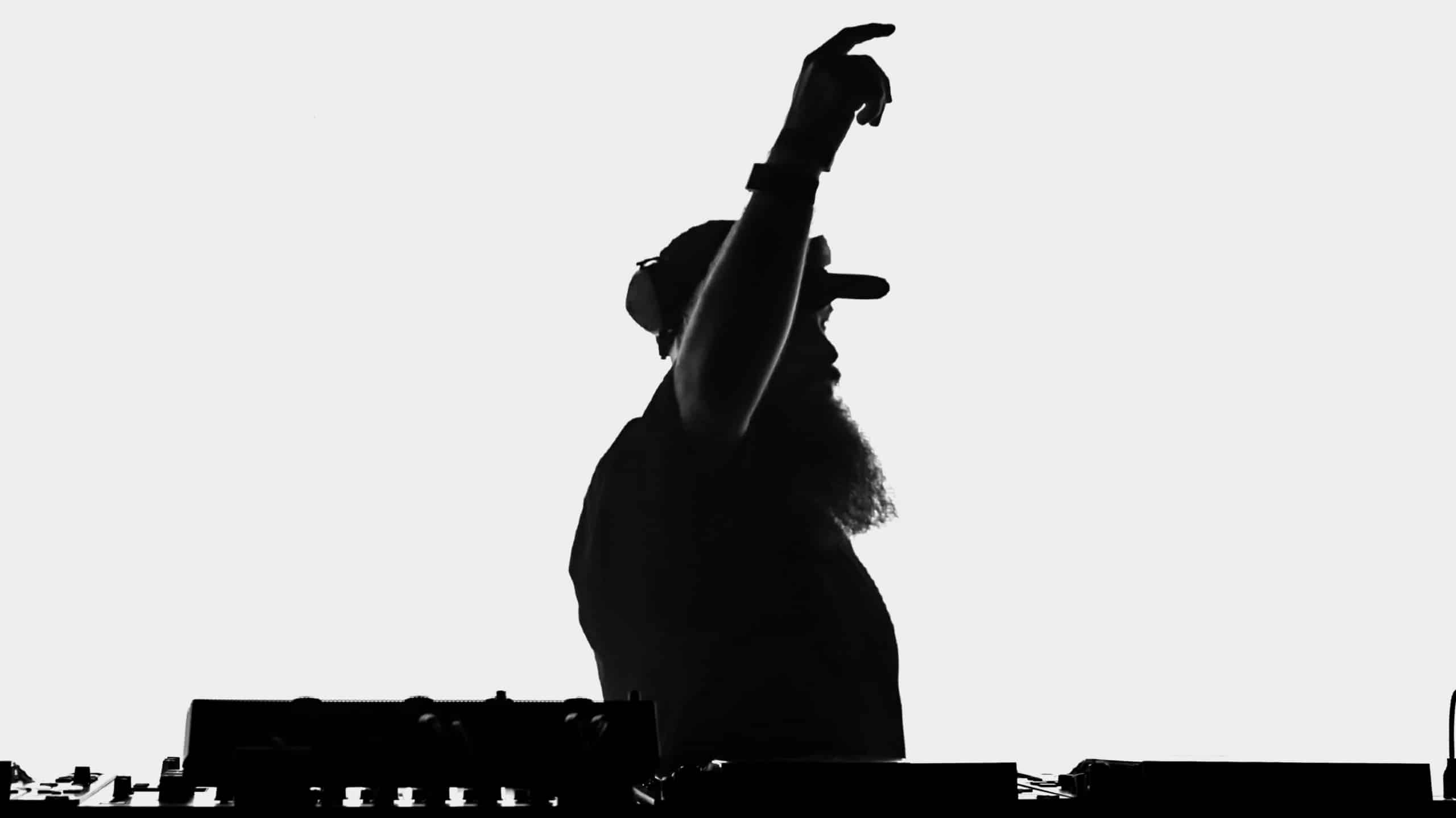 With all his ability to handle pressure, create amazing music, and unwillingness to accept “nothing to do”, it’s no wonder that Clarke is expanding everything about himself and what he does.  “I think it’s what I’m trying to do in life, and just not be one dimensional.”  Not to say that Clarke has maxed out his potential at what he is currently doing, but it is clear that what he has been doing is pretty damn good on a global scale. For an artist such as Will Clarke, who refuses to be limited and a “one trick pony”, boundaries are meant to be surpassed.

“I don’t like how a person is just pigeonholed to do one thing. We’re all good at multiple things. So let’s just show that to people. And I think that the thing is, I want to be able to do multiple things.”

Without a doubt, it is going to be a very interesting time for Will Clarke and his fans- even more so than in the past. Clarke has already helped produce the newest Kaskade/Deadmau5 Album along with helping production in other genres such as dubstep. His new original collaborative projects are a complete boundless endeavor that only creates excitement and anticipation for the unique art he’ll create.

Maybe that number 1 goal of headlining Glastonbury Festival won’t happen- but having no limitations on what he is doing and what he can do… Anything is possible for Will Clarke. 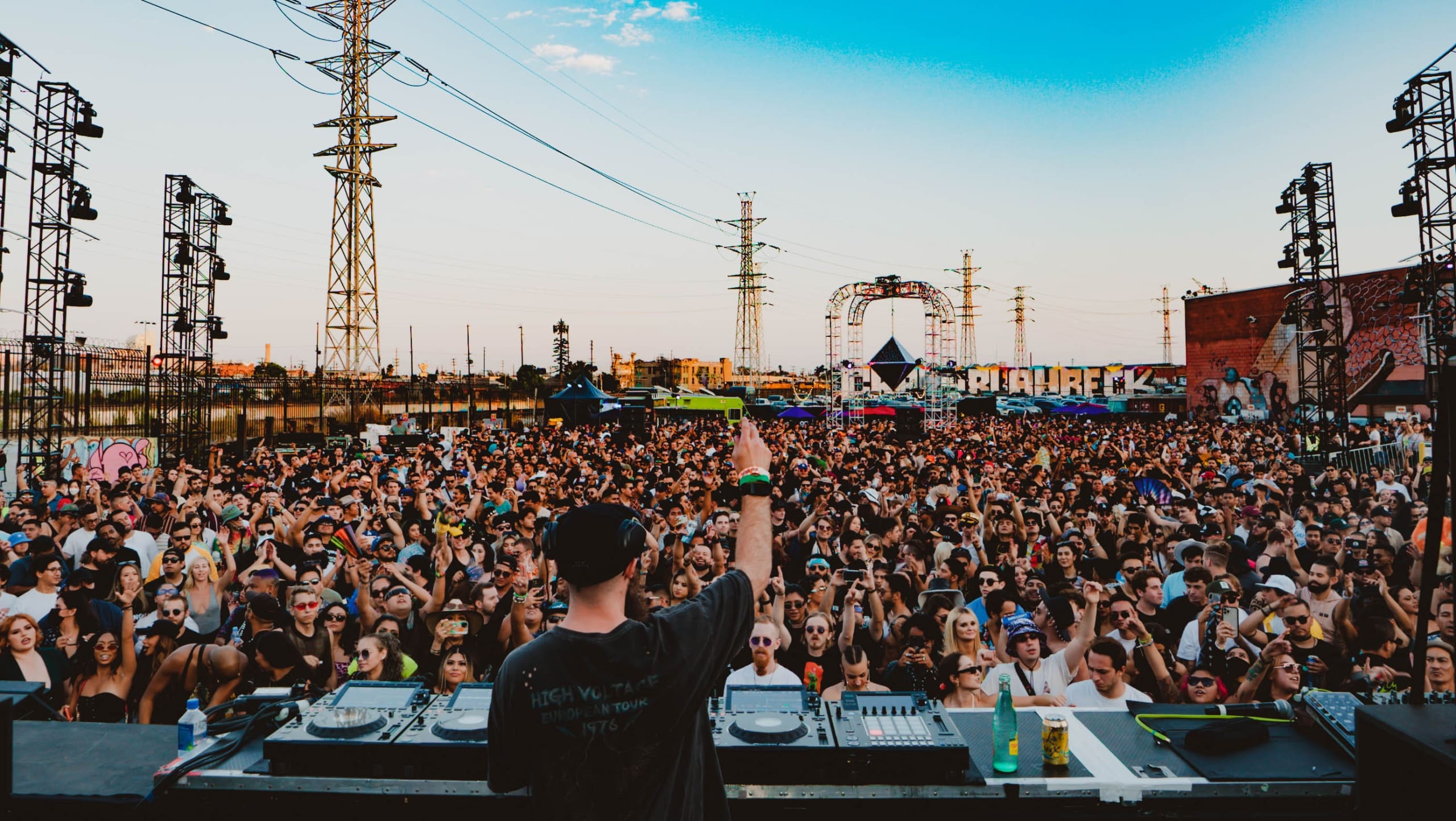