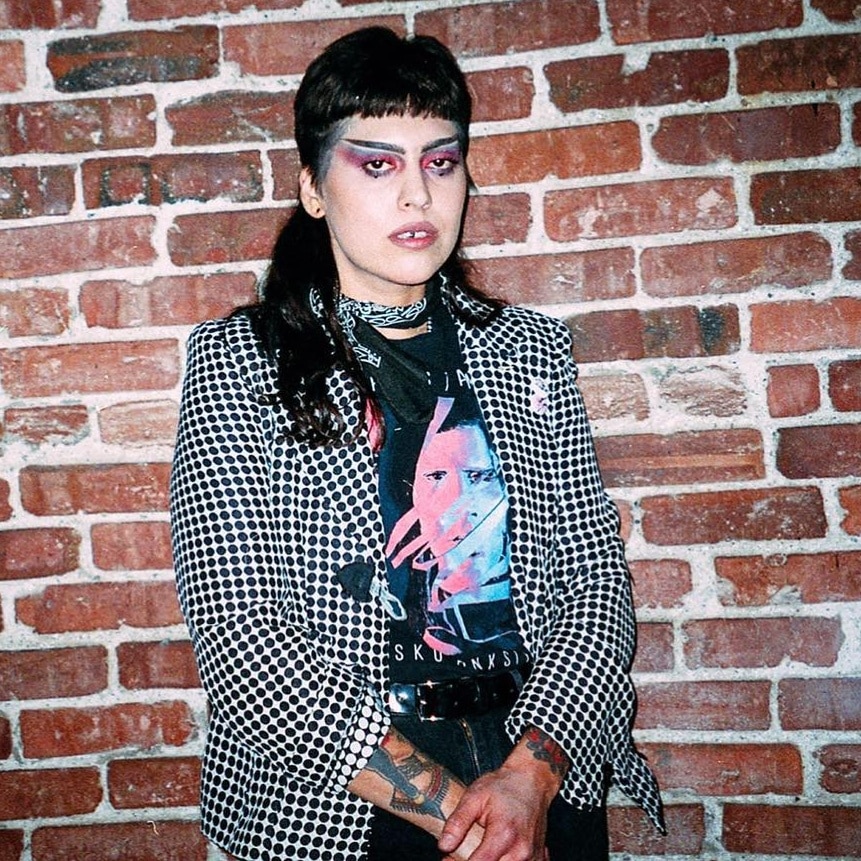 Southern Californian DJ/producer Annika Wolfe is known for their multi-genre consistency within the industry. Their music consists of deep, rhythmic, and raw elements of techno; all of which showcase a unique sound.

After the track-file became lost within the years, Annika Wolfe re-introduces their now-found track as ‘Blue Candle’ on IN2ITION Records. After remixing the original track and including minor tweaks, Annika Wolfe makes a powerful statement with her contribution to 3-track ‘Blue Candle’ V/A on the ‘IN2ITION 001’ EP.

Annika Wolfe’s artistry is not narrowed into one style. With their preferred genres being Punk Rock, New Wave, Funk, and Hip-Hop, all of these styles have allowed her to experiment with different elements. Annika Wolfe also runs her own imprint, ‘Akela Recordings‘ in which she has self-released multiple EP’s.

Overall, Annika Wolfe is no stranger to the Los Angeles Techno Scene, as they have played for top promoters: Soft Leather Club, 6AM Group, Synthetik Minds, and Das Bunker. They have had the honor of sharing the same bill as notable artists such as Robert Hood, Regis, Broken English Club, Truncate, Drumcell, Silent Servant, Insolate, Umek, and many more.