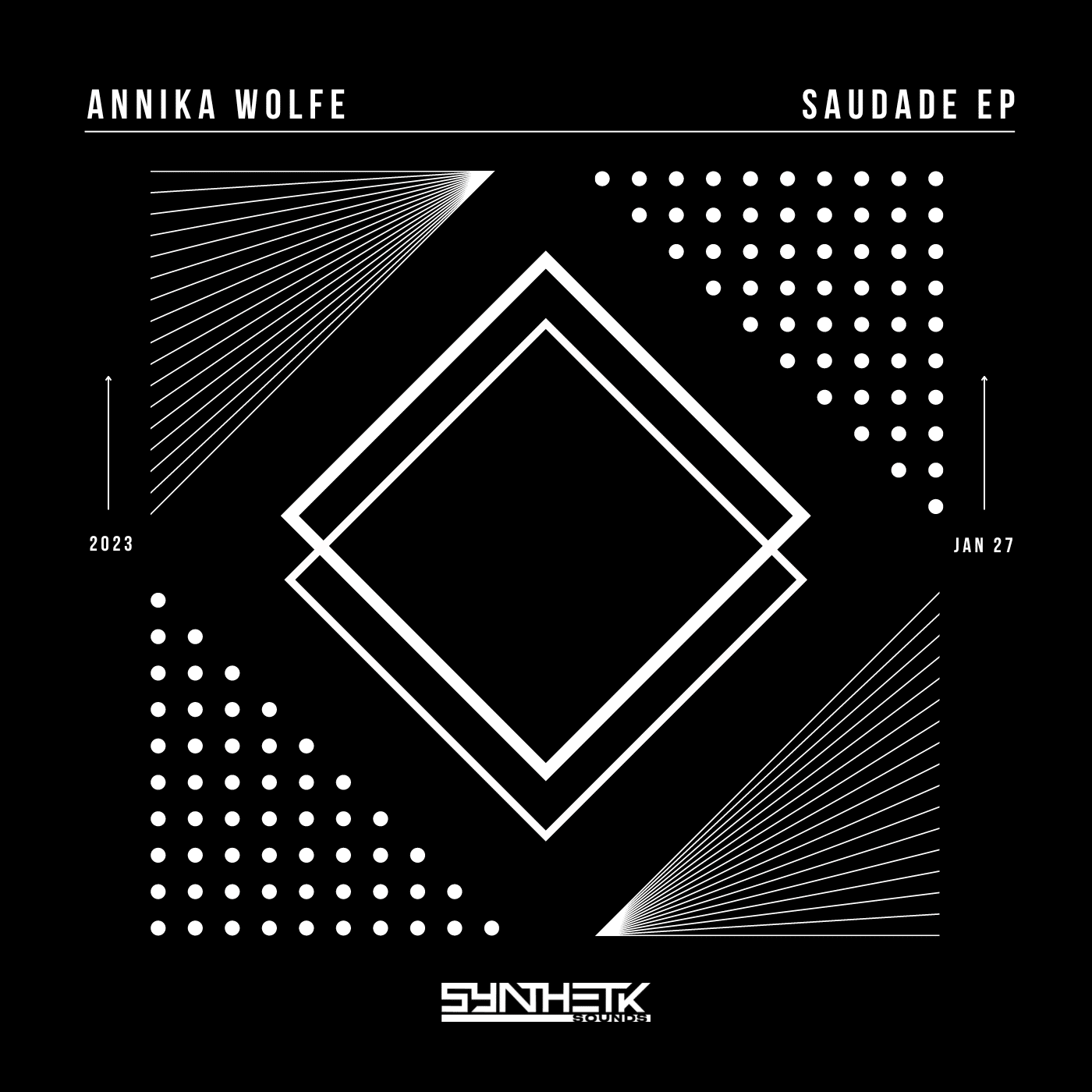 Following its 2022 debut with two EPs, Synthetik Sounds returns in the new year with an explosive new offering from Los Angeles-area stalwart Annika Wolfe in the form of their Saudade EP.

With Ecilo at the A&R helm, as well as two of Los Angeles’s most revered underground brands, 6AM and Synthetik Minds, spearheading its mission, Synthetik Sounds is now an established home for techno artists whose sound remains true to the ethos of underground techno.

The imprint’s first two outings, Protech The Skyline by Ecilo and Rooted In Reality by Stephen Disario, clearly underscored the intention of the label: to provide a platform for artists whose output leans both on deep, hypnotic techno as well as darker, and harder shades of the genre, while also building bridges between North America, Europe, Asia and beyond.

The EP opens things up with “Things Got Icky,” which sees Annika unleash a barrage of carefully constructed broken beats that pick up the tempo and turn into a real dance-floor stomper. This is electro-meets-techno at its finest, celebrating the sound Annika is being recognized for throughout North America and beyond.

The title-track carries things forward into techno territory, while maintaining the same infectious percussion-heavy characteristics that set the tone with the EP’s opening. The vibe is jacking from beginning to end, the track building in intensity as hypnotic soundscapes take over accompanied by hard-to-discern and yet incredibly sensual vocals permeating through the break-down before things kick back into full throttle. “Saudade” is also offered as a Dub Remix in this package.

Closing out the release is “No Tocar,” catapulting us into darker and early morning hours inside a proper techno warehouse. Here Annika does a brilliant job at delivering a pure techno track that is addictive, groove-ridden and keeps tension levels tightly in check to perfection.