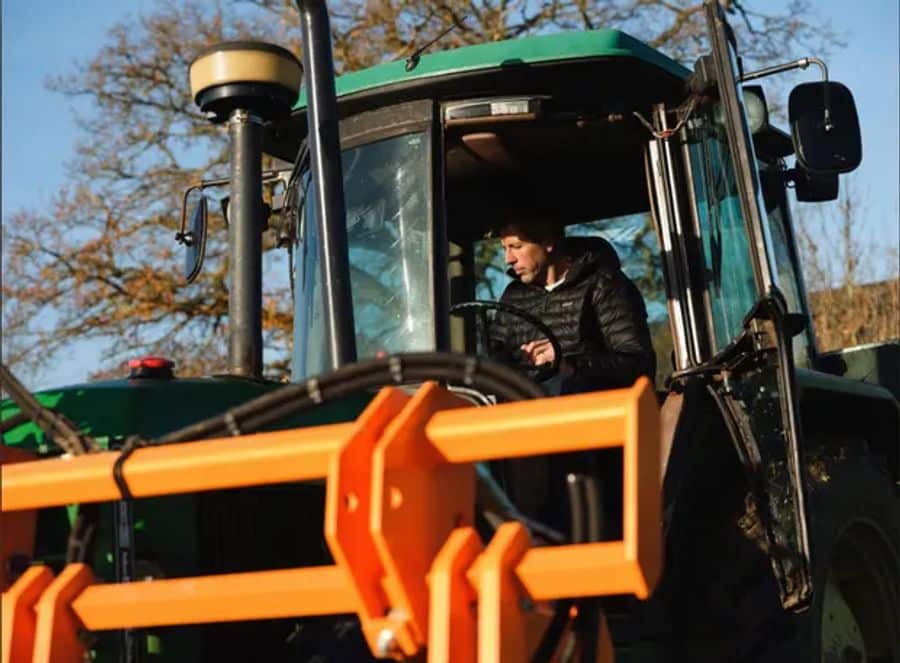 One half of electronic duo Groove Armada, Andy Cato, has sold the rights to his own tracks in order to buy a farm. In a recent piece for The Guardian, Cato described his journey in the agricultural industry and how he set his sights on pursuing something bigger than just a self-sustaining farm in his back garden. “On the way back from a gig 15 years ago, I read an article on the environmental consequences of food production. It made for sobering reading and ended by saying: ‘If you don’t like the system, don’t depend on it,” he said.

The producer sold his back catalog — famously loved by the likes of Madonna and Elton John — to pick up the reigns of a farm in France, which would develop into a climate-friendly project and see him take over a National Trust farm near Swindon. “I was inspired to transform our garden in France into a vegetable patch in a quest for self-sufficiency. This quickly escalated, and I ended up selling the rights to my songs with Groove Armada to buy a farm nearby.”

“I was inspired to transform our garden in France into a vegetable patch in a quest for self-sufficiency. This quickly escalated, and I ended up selling the rights to my songs with Groove Armada to buy a farm nearby.”

Read Next: Nyege Nyege Festival Returns at New Location in 2022

“Done differently, farming has the potential to store carbon, house diverse wildlife, and provide ample, nutritious food. Yet since the mid-20th century, western policy has pushed farmers in the opposite direction,” he also said.

Cato, 49, has previously expressed his goals to change the way in which food is produced and sold, partnering up with former Big Brother host George Lamb to create Wildfarmed, a natural farm allowing nature to take its course and cattle to graze as they would in the wild.

“The price of today’s food is not its true cost. It passes on its massive environmental, health, and social costs to future generations. Despite deferring these costs, farming that relies on fossil fuels means rising food prices and its depletion of soils means decreasing abundance.”

Originally reported from Mixmag & The Guardian.