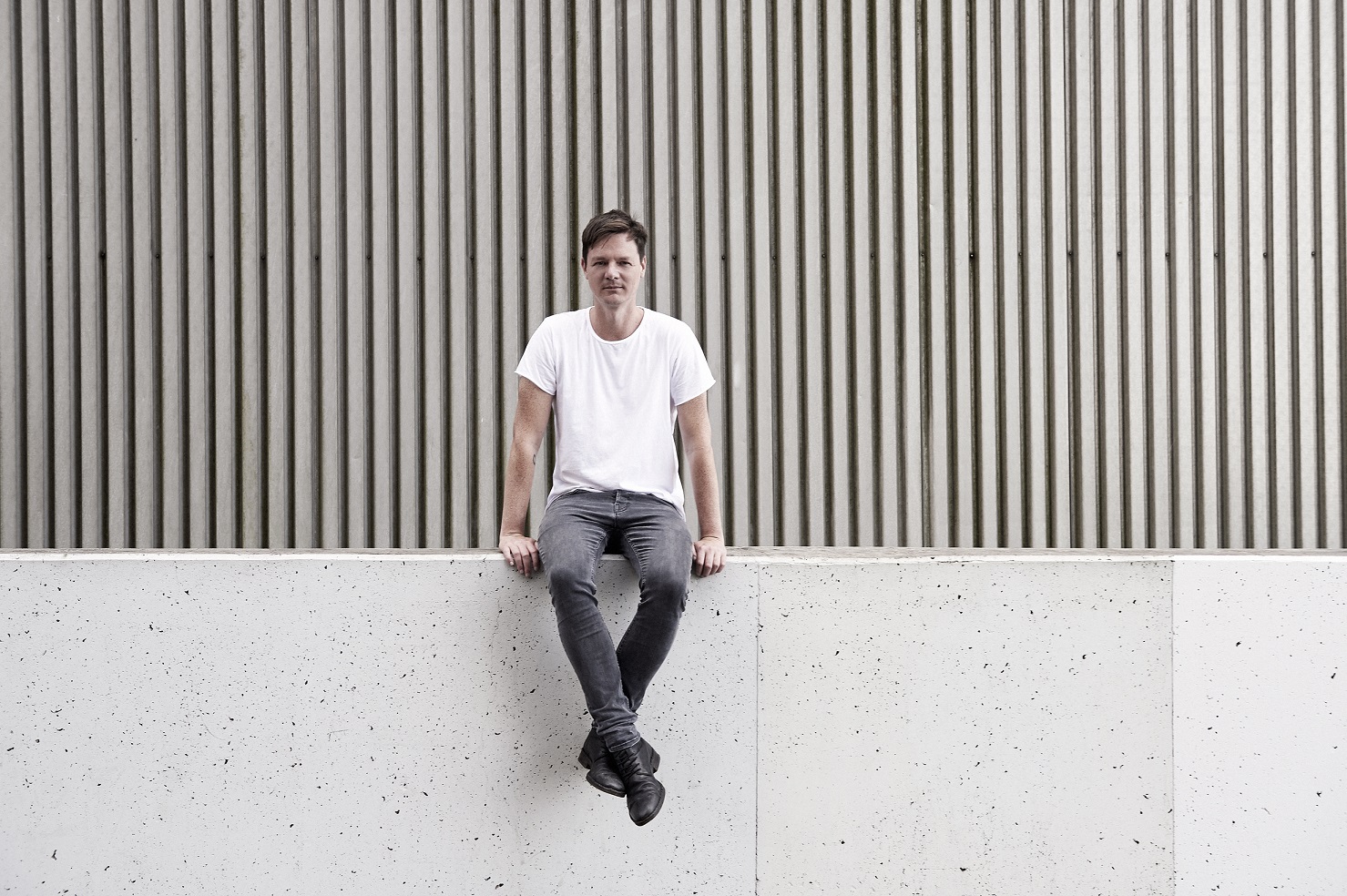 André Winter is one of those people who, with their first breath of air, realized that their heart beats techno. André became interested in electronic music quite early in his life. One of his first releases on Injection Records in the early ’90s (under the Motion Unit monicker together with Mathias Hatting), was actually a real acid treasure. Afterwards, he kept on spending all his pocket money on the typical Roland hardware available at the time, releasing on labels such as Confused Recordings, Superstition, Kompakt and Bush Records.

His studio offers a real time travel adventure through techno’s history. André has come a long way since the ’90s. Not just techno, André Winter has released under various aliases including Motion Unit, Freakazoid and D-Saw. He has also produced alongside great artists such as Humate and Oliver Huntemann, also Dubfire and Huntemann and finally. Again showcasing his musical prowess beyond techno,  André Winter worked on remixes of world-renowned artists such as the Chemical Brothers, Underworld, Anthony Rother, etc. As the years have gone on, he has decided that there is more he has to offer to the public, and that techno remains where his true passion lays.

André Winter has already performed at Rex Club in Paris, Kazantip Festival, Sisyphos Berlin, My Aeon in Melbourne Australia and has brought his techno sound to Amsterdam Dance Event. Now he is on fire with a new single on his regular label SENSO, so there is no better time to talk to the techno lover and impressive producer than now.

Hey Andre – how are you, how has the year been?

Hey! I’m healthy, and I think that’s the most important thing right now.

How has lockdown been – have you suffered?

I think everyone has suffered in one way or another from the lockdown. Of course gigs and studio projects have been cancelled, but it wasn’t all bad. 2019 was a very turbulent year for me, I hadn’t taken a holiday for a long time at that point. During the shutdown I could stay at home for a few weeks without having a guilty conscience and I was able to take care of other things. But I couldn’t do without music completely, so I set up a small mini-studio in my living room and wrote some demos, which I am now producing piece by piece in the studio.

And what has life been like without DJing and partying?

The priorities are shifting. The inner circle grows closer together. You take more care of your friends and family again, bake banana bread, play basketball, look for satellites in the starry sky, listen to music from other genres, etc… But I have to admit that I already miss it when going to a venue for a gig and hearing the rhythmically wobbly sound in the distance getting louder and louder, and excitement spreading in your stomach…

You are a busy head in the studio – what sounds are you most fond of, what is the aim of your tunes & remixes?

I never work with templates, I start from scratch every time, an empty sheet, so to speak. There are, however, synths that I like to fall back on over and over again that help me to create the particular sound that I want.

I’m always looking for a certain feeling, what a track has to give me, it’s hard to describe. It’s almost like the feeling of a freshly made bed that you want to lie down in, metaphorically speaking. The sounds all have to be in tune with each other, working separately and together. Only when the feeling is there can I start arranging.

How did the collaboration on the track come about?

I have known Basti (Heerhorst) for a couple of years already, and we have run into each other from time to time, but since we both live in Hamburg, this is inevitable. I always liked his sound and his way of producing. We have been talking about doing something together for quite some time. The biggest hurdle at first was that Basti works with Ableton and I with Logic. At some point I got two layouts from him, and then I started working on them.

The first track neither of us was quite satisfied with, the second one was “Time-Out”, which went rather quickly, and we were both happy with the result.

Tell us about your new single with Heerhorst being released on Senso!

The first version was ready at the beginning of the year. We both played the track a couple of times and after a few final tweekings, we wanted to release the track. From the beginning we had the intention of releasing it on Senso. I gave the track to Oliver Huntemann, and then his OK came rather quickly.

We still wanted to have a remix for the track. Carbon was our first choice and fortunately he accepted immediately. I have never gotten a remix so quickly. I think 3 days after he got the parts, his remix was ready. He’s such a machine.

What inspired or influenced the track?

I would say that in this case we have inspired each other. By sending the sessions back and forth, there were always new impulses and incentives.

What’s next for you now the release is done?

At the moment I’m working on the layouts I created during the last weeks. But the next releases are already in the pipeline. Two more releases are coming this month. First, on August 24th a single will be released on Jannowitz Records, the track is called “Kontrol”.

The second release will be out at the end of August. New remixes from an old project I did with my old buddy Hatzler in the 90s will be released on Second State Audio.

The project was called Motion Unit, and the track ‘My Mind’. Pan-Pot have done 3 new remixes at once, which are all completely different, but they take up the vibe of the original. The whole thing appears as Pan-Pot vs. Motion Unit.

What do you hope for the techno scene in general in the presence of Corona?

Unfortunately, I am afraid that it will be a long time before we can go out again as we have been used to in the past years. My hope is that new concepts will be developed that will enable us to go out and dance again within a certain framework.

Here in Germany there are already some good concepts for concerts, which are allowed to have smaller numbers of visitors in order to keep a safe distance, but it is a small step towards normality. It would be great if there were similar concepts for raves or clubs.