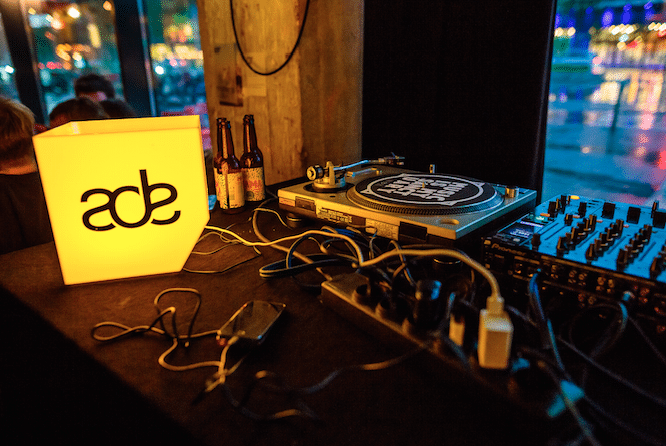 It is almost time for the yearly trip to the Netherlands for Amsterdam Dance Event (ADE) and in a timely fashion, the organizers behind the biggest club festival and business conference for electronic music in the world have completed the programming by adding a selection of final keynote speakers, panellists and performing artists.

Now that it is all said and done, ADE 2018 is set to feature 2500 performers and 600 speakers in almost 200 venues around Amsterdam

The organisers expect to welcome over 400,000 visitors from over 100 countries for this 23rd edition, scheduled to take place between the 17th and the 21st of October

Among the latest announced speakers are Jean-Michel Jarre and Nile Rodgers, who will make an appearance in the day program to speak about their career and their musical influence on current day electronic music culture. ADE, an initiative of Buma, has grown rapidly in recent years. ADE kicks off Wednesday, October 17th with the opening concert by Colin Benders and Metropole Orkest and ends with amongst other activities the ADE Hangover, a free festival at the NDSM-wharf.

Expected highlights in the extensive day and nighttime program are the focus on South-Korea, with multiple appearances in both the festival and conference and the celebration of 30 Years of Dutch Dance, with the release of a special documentary, Hardwell & Metropole Orkest’s concert Symphony – The Global Revolution of Dance as well as the release of the book Dutch Dance: How The Netherlands took the lead in Electronic Music Culture.

Besides the extensive music program, ADE highlights current technological and social trends as well as crossovers with other genres such as design, film and photography. Among the highlights in the ADE by Day program are installations from Heleen Blanken in Lab111 and Ryoji Ikeda at the renowned Eye museum. The film program features work from amongst others Beate Kunath.

Full info including line-up and tickets is available at a-d-e.nl/artists.