Amotik’s Calling to Techno and His Drive for Sharing It 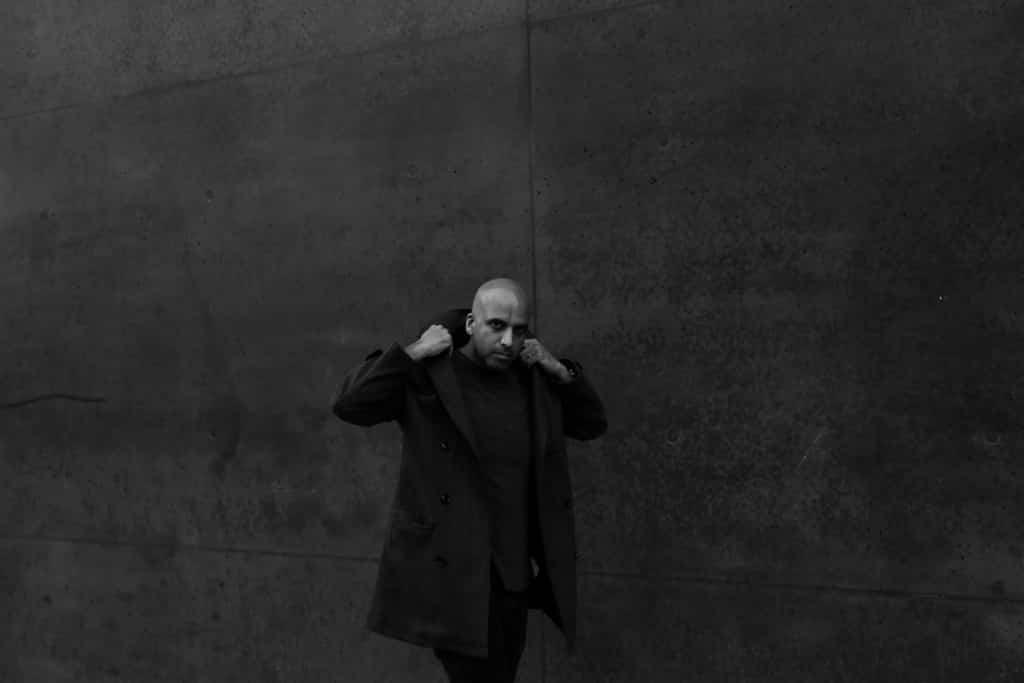 Amotik’s Calling to Techno and His Drive for Sharing It

Amotik has steadily developed a signature sound of techno that is atmospheric, hypnotic, and raw. As a DJ and producer, his music has earned him the privilege of performing at many clubs and festivals around the world and making guest appearances on labels such as Tommy Four Seven’s 47, Len Faki’s label Figure, and Ellen Allien’s label BPitch (also known as BPitch Control). All the while, he has maintained his residency at the renowned venue Goethebunker in Essen, Germany.

What are some of the key positive takeaways from the lockdown period that you take to your life now both personally and professionally? Have priorities shifted in any kind of way?

For me, on both a personal and professional level, it was healthy to take a step back from everything. Early 2020 was a very hectic time gig-wise and in my personal life so I was actually ready for a break, but it can be difficult to slow down when everything is going well. Although it certainly wasn’t planned, it was definitely good for my well-being to have some downtime at that moment, and also allowed me to come back this year with a renewed sense of energy about everything. I’m feeling more positive than ever about music to be very honest. The only way I feel my priorities have changed is by trying to get a little more time to spend with family. As my family is mainly spread between The U.K./India/Asia, it was difficult to not see them during the 2 years of the pandemic peak.

How has touring changed for you since getting back on the road?

For me personally, not so much. Aside from coming back with the renewed extra energy/excitement, I feel like everything happened so quickly earlier this year so it all felt very natural going back into it. Maybe I just need a couple of extra naps on the road whilst I’m getting used to the late nights again!

Read Next: Even Elon Musk Gets Turned Down At Berghain?

You just did your first closing at Berghain, congrats! How long did you play and how was it?

Thanks a lot! I played just short of 8 hours and was very very happy to close the club to a dance floor full of smiling/happy people. For me, it was an almost spiritual experience to have that kind of connection with people over such an extended period of time, and also a privilege to share some music that is very special to me from my early years of getting into electronic music. I’ve spent countless inspirational days/nights on that dance floor, so it was a huge honor for me to be invited to do the closing slot.

“I played just short of 8 hours and was very very happy to close the [Berghain] club to a dance floor full of smiling/happy people. For me, it was an almost spiritual experience to have that kind of connection with people over such an extended period of time.”

A pleased and dancing crowd is what every DJ loves to see. 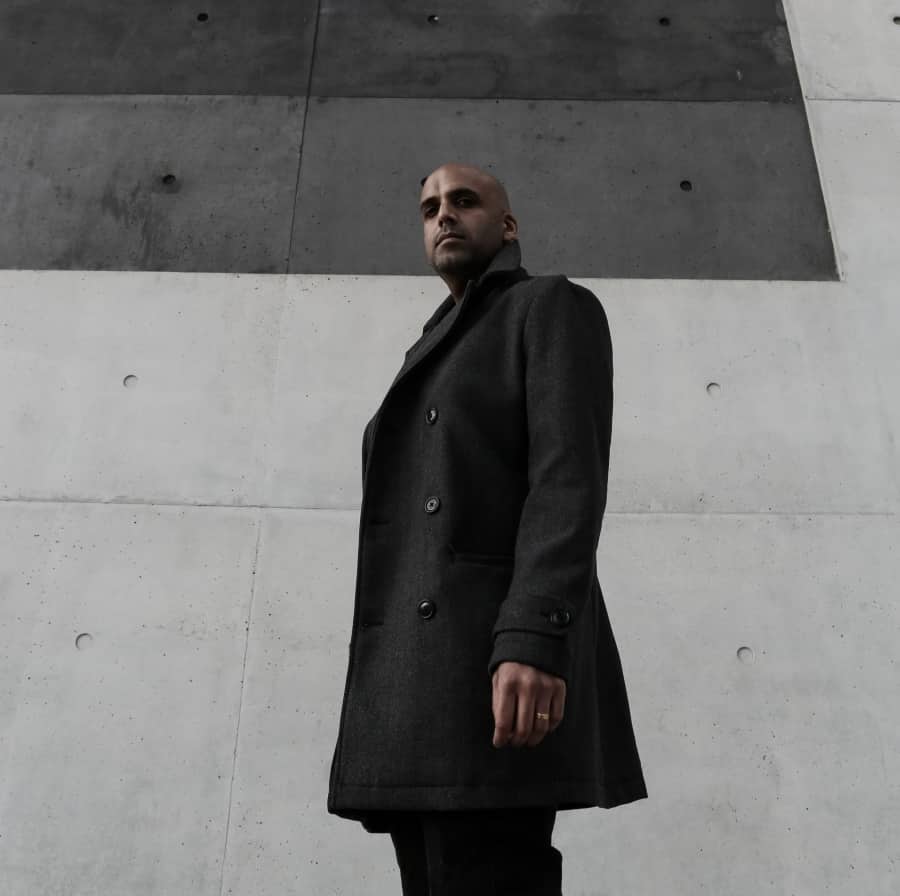 Can you tell us how you prepare for a long set like that?

It’s something that I’ve been secretly hoping would happen for a few years, so I’ve had a running playlist that I’ve been adding to with music I feel would work well on a Sunday night/Monday morning, and those that can help tell a story. I certainly planned the first couple of tracks for comfort as I knew I would be nervous, and I also had a good idea of what I wanted to present towards the end. Otherwise, it was just one huge playlist of music, plus several playlists of different moods, whilst going along with the crowd/vibe at the particular moment in time, and also allowing people to breathe amongst the peaks. Aside from having those zones/moods ready at my fingertips when I wanted to switch the energy, it’s difficult to plan much more than that.

“I certainly planned the first couple of tracks for comfort as I knew I would be nervous, and I also had a good idea of what I wanted to present towards the end.”

Every artists gets nervous — Amotik prepped to shake off his perfomance anxiety at Berghain.

Why is that such a special gig for a techno artist?

I don’t really know many venues where you can play for so long unless it’s an ‘all-nighter’ event with one DJ, and there’s something so incredibly special about Berghain. The people, the sound, the room, the staff, even the booth position not being central so people don’t always face the DJ. It all helps create something magical. Plus the club has already been running for approximately 24 hours non-stop by the time the closing set starts, and all that pent-up energy rolls into a crescendo on Monday morning.

You have had a very successful album release. Patanjali received crazy good reviews (and rightly so) and the album tour following the release looks to have been a lot of fun. Why do you think the album received such positive feedback and what kind of connection have you felt with fans playing the tracks out to dance floors?

Thank you, that’s very kind! It’s honestly very hard for me to say why people connected with it, but I’m just very happy/lucky/privileged that they did. I wrote the whole album during the most intense period of Berlin lockdown, with the foresight of hoping to play this music when dance floors would once again be open — and at that time, things were very bleak without any idea of when we could return to clubs again. Due to the long waiting times on vinyl pressing plants, it happened by chance that the album came out around the time that everything was opening up again in Europe. I can say that the energy I put into creating the music came to life when I was actually able to play it and feel what had been envisioned during the creative process, therefore completing the cycle. Perhaps that’s something that people resonated with.

“I can say that the energy I put into creating the music came to life when I was actually able to play it and feel what had been envisioned during the creative process.”

The more Amotik mentally envisions his music, the more he is able to piece it together.

Let’s move away from the “music” for a second. Would love to know more about you! Can you tell us a bit about where you grew up, how your early life was, and how you ended up discovering techno?

I grew up in the U.K. and was listening to a lot of dance/electronic music in the early 90s. I had cassette tapes recorded from U.K. raves, plus BBC Radio 1 and Kiss FM were pushing a lot of electronic music, so it gave me so much exposure to all kinds of electronic music — Acid House, Techno, Trance, Jungle, Hardcore, Ambient. I was getting thoroughly hooked on this sound. As soon as I was old enough to go out, I was going to the local clubs, which was swiftly followed by a trip to Ibiza in 1998. I was dabbling with techno, but also house, trance, progressive house, tribal house, and everything in between, but it was only much later that I really zoned in on techno specifically.

How much of your background and cultural heritage do you take to your love for techno, and how so?

Although I was born and grew up in the U.K., my heritage stems from India, and I also lived there for a few years approx. 10 years ago. As I got older, I definitely felt more of a connection with my roots in India, and also met my (now) wife when I was living there. All of my tracks are named in Hindi, and although I’m not particularly spiritual, I feel somehow a connection on a different level when everything clicks together with the music, people, and the dance floor — that for me is my version of meditation/spirituality which (in the traditional sense) obviously has very deep roots in India.

“All of my tracks are named in Hindi, and although I’m not particularly spiritual, I feel somehow a connection on a different level when everything clicks together with the music, people, and the dance floor.”

Amotik’s connection to his Indian heritage is what inspires him to create music that brings people together on the dancefloor. 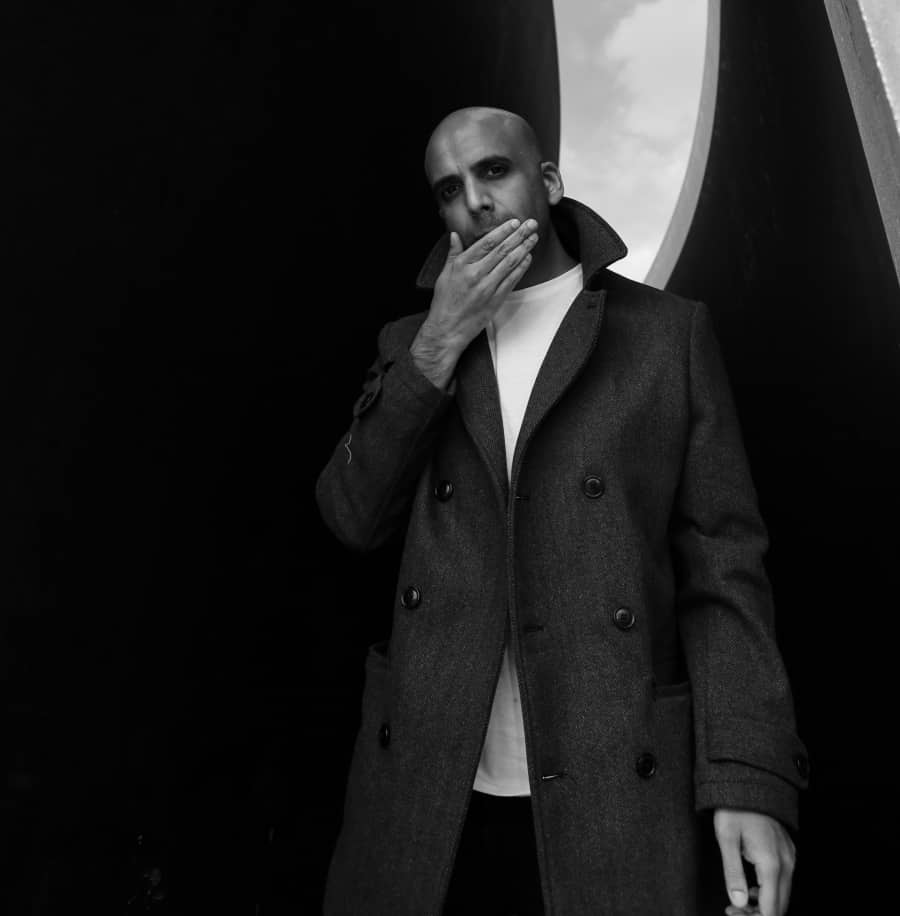 What are some things you love to do outside of music production and performing on tour?

I love to eat good food and luckily for me, my wife is a wonderful cook. I’m also training for my first marathon in October so that is starting to take up more of my time, and is getting more enjoyable now that the weather in Berlin is much nicer now. Other than that, I’m quite partial to a bit of trashy TV to wind away the evening hours.

Can you tell us one thing we do not know about you?

I really really adore cats but I’m allergic to them which is not so practical, as I tend to smother them and then have to deal with the sneezing, itching, and swelling afterward!

And last question… a debut U.S. tour may be imminent, excited? Any particular city you really want to check out?

Yes, I’m very very excited! It’s been on the radar for a while, and now it looks like it’s finally coming to fruition. In particular, I’m keen on New York and LA. Aside from the clubs — New York to visit friends and LA for the food scene. But in general, I’m looking forward to checking out as much of the country as is feasibly possible during the first tour there. I really can’t wait.

“I’m looking forward to checking out as much of the country as is feasibly possible during the first tour there. I really can’t wait.”

Visiting New York and L.A. is what Amotik is looking foward to checking off his bucket list.