Amo: My 5 Most Influential Pieces of Studio Kit 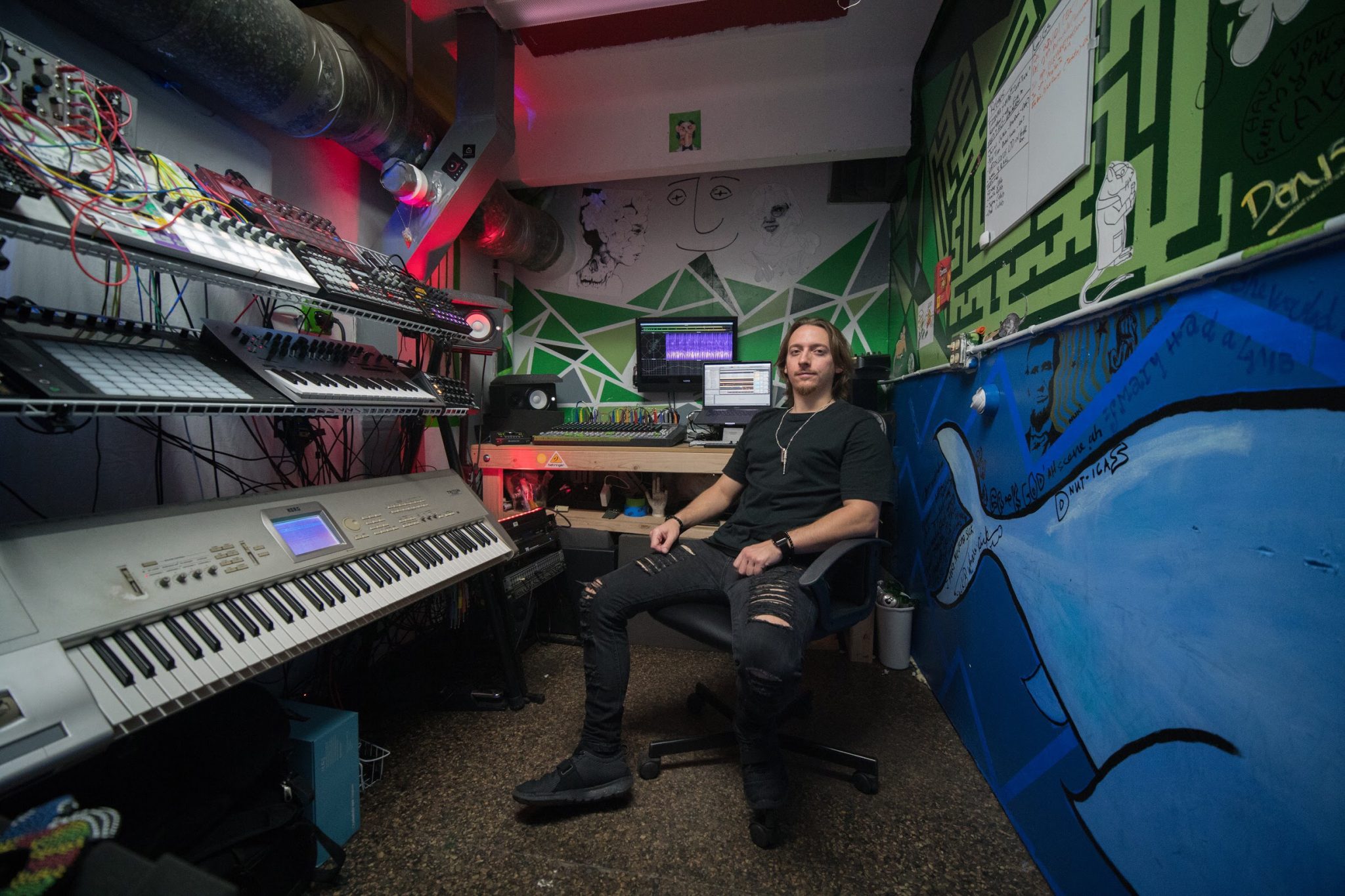 Amo: My 5 Most Influential Pieces of Studio Kit

New York producer Amo, an assiduous beatsmith and go-to force for some of the most eminent names in the game, just delivered a Guest Mix for 6AM following his expert delivery of a stirring four-tracker on Hector’s VL Limited imprint titled Find Turn. An off-shoot of VL Recordings, the sister outpost was launched as a platform for timeless releases with the avid vinyl collector in mind.

As we listen to his mix, we also asked him to talk us through his 5 most influential pieces of studio gear. Enjoy his suggestions below!

I purchased this Elektron piece a few years back when I was working in New York and was finally able to save enough money to get this beast of a machine. At the time I was working in finance and found a fellow on Craigslist in Brooklyn who was selling his RYTM for under the market price. So, I talked him down a bit more and met with him at a coffee shop – and the rest is history. I began watching tutorials daily, and reading the manual vigorously because I like to know everything there is to know about the machine before diving in and potentially getting frustrated on why something may not work the way you expected to. If you know Elektron, you know this can be an easy thing to happen. After learning everything about the RYTM that’s on paper and video, I finally dived into it and was in love immediately. The classic Elektron Sequencer is phenomenal; being able to customise every trig’s little detail down to its microseconds in swing. The machine possesses the ability to produce analog voices, analog filters and compressor, plus samples on top of all that – it’s a pretty amazing machine. It’s been the core of my studio kit for years, until the Digitakt came out and kind of took over.

This machine is a special machine. It can do so much more than you’d think. With eight sample tracks and eight midi tracks, you can have the Digitakt as your brain, or main sequencer to control your other pieces of gear that may not have sequencers. It really is a powerhouse of a machine. I created the vocal samples and bassline of my upcoming track ‘Spitgame’ on Hector’s label VL Limited on this machine. It has live sampling, so you can live record up to two mono channels, chop it up, mangle, and sequence that into your patterns. I love that. The ability to bring real snippets, pieces of life or history – like your voice, your hands clapping, an old scratchy vinyl record or a door closing – into these machines really allows them to breathe. It gives them the human effect. I think more people should do this as it really makes your sound your own.

I’ve been working a lot recently with the Korg EMX-1, or “Blue Boy” as some of my friends call him. This groove box has internal analog tubes to warm every sound going through it, and has this crazy vintage sound to its drums and synths. Also, it holds an eight-bar sequencer, which is very rare in most machines. I can always rely on him to come up with the right drums and percussions within seconds. The synth parts on the EMX-1 are also super warm and fat, so once you put them through the filter and push the drive up at just the right amount, it gives it something really smooth, yet it can have a nice grunge to it when needed. 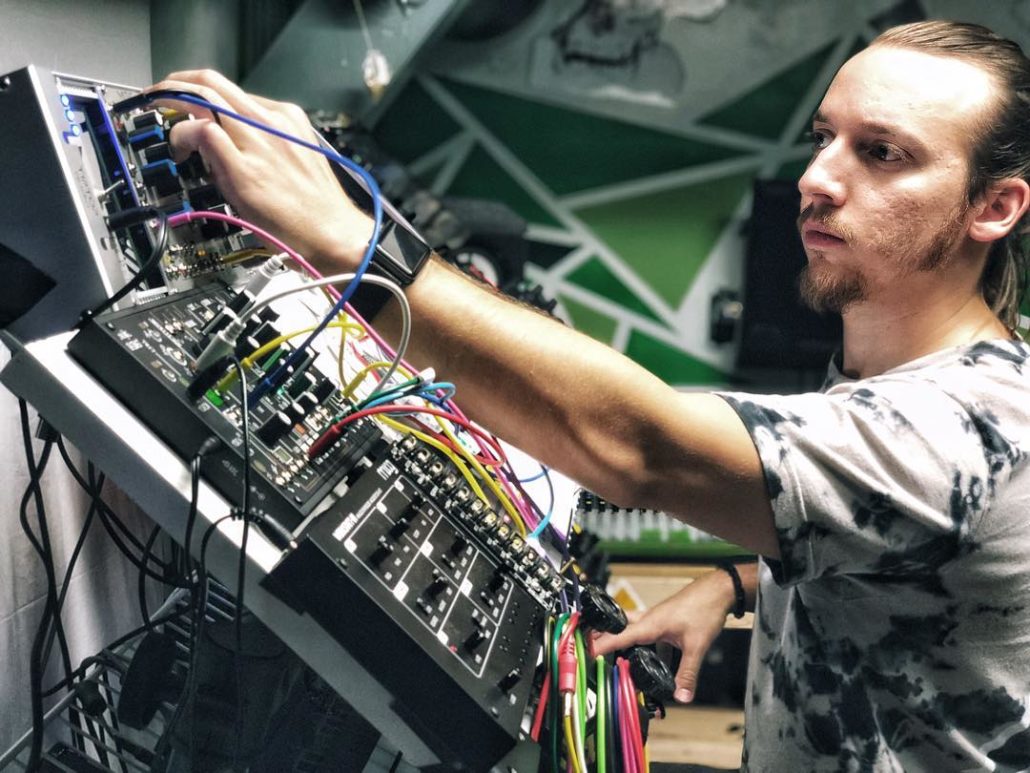 I got really lucky with this piece. Technically it’s not mine. A friend was moving and didn’t have room for it in his apartment, so he let me borrow it for a while. It’s now back with its rightful owner which makes me sad; it really influenced my music making and became an inspirational piece of kit. This near-vintage workstation has some really sick vintage sounds in it. I mean from bass to leads, to pads, FX and drum kits. I made a lot of the bass, leads and keys when I worked alongside producers Taimur and Ostara as part of our alias T.A.O. I’m sure I’ll be meeting the Triton sometime soon or perhaps I’ll have one of my own in the studio at some point.

This one is my secret weapon right now. It’s a near-vintage, small game-boy-looking, bundle of madness. You don’t see this in many studios, and I like that. It gives my music this edge that can really make the vibe. The QY70 comes from 1997 in a line of these small “walkstations” from Yamaha. You could really get lost on this 16-track, tiny battery-powered sampler/sequencer/songwriter. There are some really cool ‘90s sounding synths, keys, leads, pads, etc. I can always rely on this guy for bringing that special flavour and sizzle to the party. I sequence this with the Digitakt, and sometimes I use the internal sequencer or songwriter as well, it just depends where the music takes me that day.