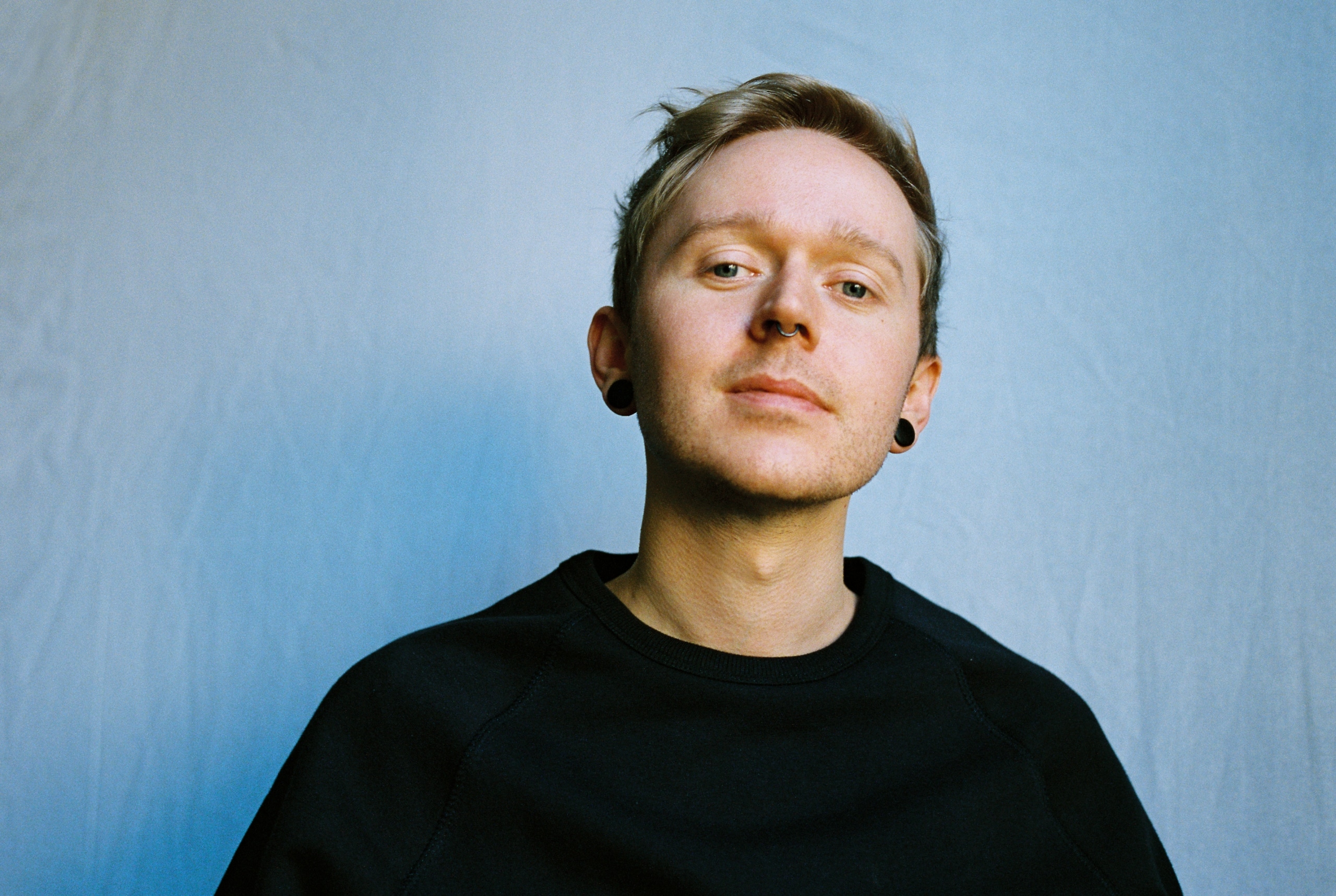 The third release on the Oslo based event and label establishment, Det Gode Selskab, comes from
the Bikini Waxx record dealer, Alexander Skancke. Some of Skancke’s finest work to date recently
saw the light on his Quirk imprint, and this EP titled The Mouth follows up with no exception. Alexander’s already deep relation with Det Gode Selskab shines strong here as he delivers his strongest release to date.

A Norwegian DJ and producer living in Berlin, Alexander Skancke has been both passionate record collector and DJ since 2006. As the vinyl purist he is, you will also find him selling records in Bikini Waxx Records, Kreuzberg-Berlin on daily basis. Having played for dance floor all over Europe, Skancke is renowned for his distinct blend between house and minimal, all with a sense of humor and playfulness. He also runs his an imprint called Quirk where he releases his own music. Alexander Skancke has also released music on labels such as Lowmoneymusiclove, Shadow Hide You, Strictly Chosen and Eskimo.
We recently spoke with Alexander to discuss his Berlin and Norway connection, his work with Bikini Waxx and more.

Hi Alexander, how are things over in Berlin at the moment?

Things are obviously tough due to the pandemic. The city has been under heavy lockdown restrictions since March, which seems to slowly loosen up just recently. Although, despite the ease of restrictions, the city seems less vibrant than usual due to the lack of tourists and non-existing nightlife. Personally I spend most of my time in the studio at home and I luckily have my part time job at Bikini Waxx Records which I feel very grateful for.

Originally from Norway, and now in Berlin what would you say the major cultural differences are? for everyday life? and music?

I would say the difference is like night and day. Just the fact that I can walk down the street in Berlin feel that people are non-judgmental, have a beer at 3pm on a Tuesday, or get lost clubbing from Friday – Monday. In my hometown, Trondheim, the nightlife is over at 2am with strict regulations. There is this great sense of freedom and hedonism that personally drew me to Berlin which makes it so likeable compared to the homogenous and normalizing small city life in Norway.

With that being said, Norway truly has its great values when it comes to its socialist views, family life and high living standards. Also, nature… There is a huge cultural difference when it comes to how people spend time outdoors and engage with nature. I do miss it a lot and I could potentially see myself going back one day (just don’t tell my mom, she would already start planning for my return).

It is clear you have a passion for analogue sound, where did this begin for you? What kind of studio set up are you working with?

I have been collecting gear since 2006 and it just became an obsession in the end. From the jobs I had in the past I spent all my money on new gear. At one point it was more about buying gear than making music, which totally ruined the whole purpose of buying them. In the later years I have downsized to the things I treasure the most. Here is a picture of my little home studio in Berlin. 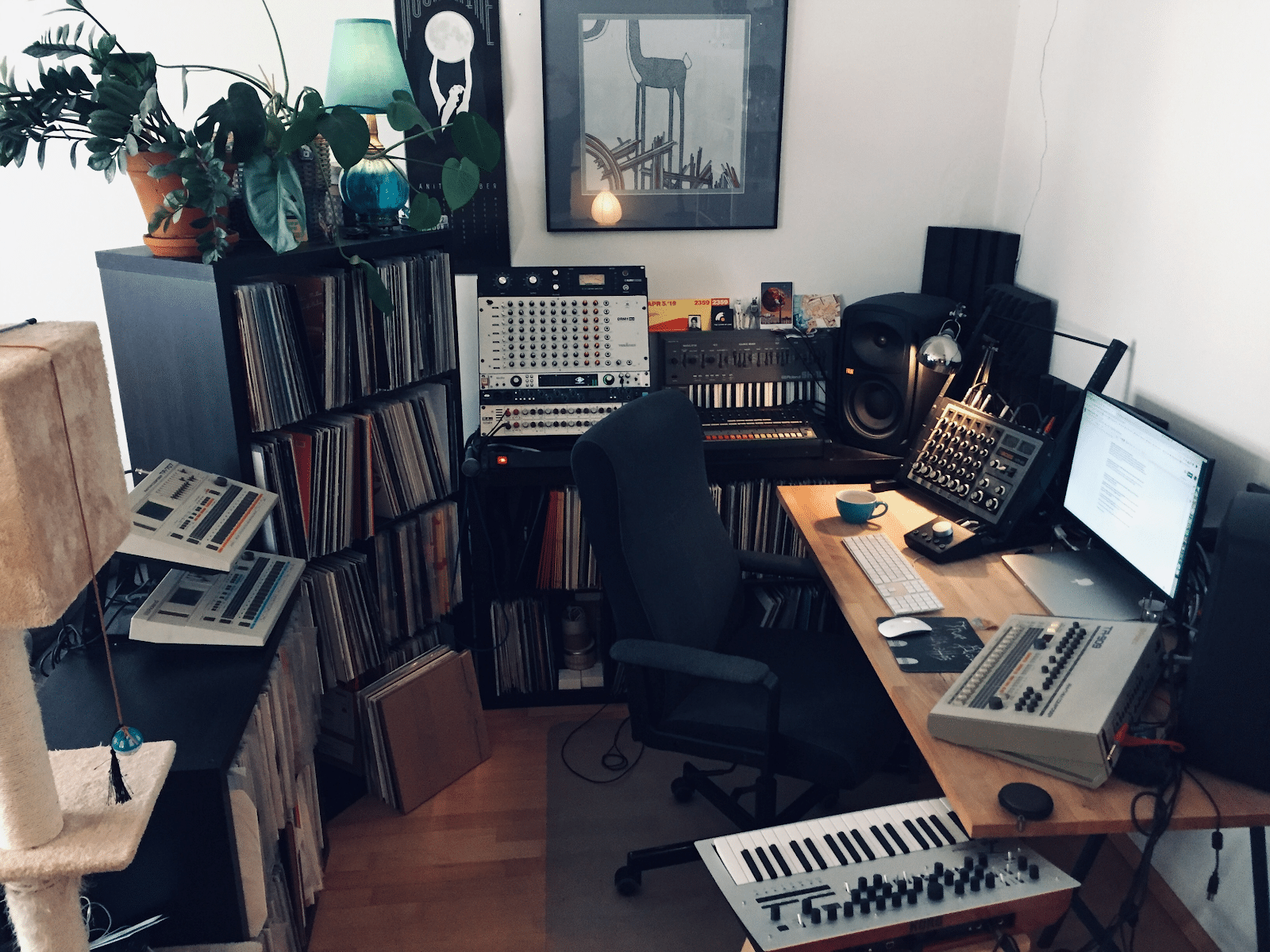 Your latest work lands on Oslo based label, Det Gode Selskab, how did the release come about? A great EP rounded off with the DJ Fett Burger remix also.

Thank you. I am very happy about the end-result! The guys behind Det Gode Selskab, Christian and Terje, have been close friends of mine since I started out. It felt like the most natural thing to release with them when they asked me for some music for their label.

Is there any particular idea behind your Quirk label that you launched last year? Is there much planned for the label in 2020?

The idea was clear from the beginning. I simply wanted to create a platform for me and my friends to express ourselves freely as well as trying to bring back some fun and silliness into the music, as I felt this was lacking in the music released over the last years.

Next release is out in August 2020. Four tracks by Alexander Skancke

You are also working in Bikini Waxx Records, how would you say this has affected yourself musically? Are you back to full operation over there yet?

It has affected me tremendously I would say. I meet people from all over the world on a daily basis, all with different backgrounds, ideas and musical tastes. All of these things combined have taught me one important lesson – there is no one right way of thinking or doing things. Neither in music nor in life.

What is your most memorable gig to date?

16 hour b2b in Club der Visionäre with the one and only Foehn & Jerome. It was a special night with all my good friends gathered dancing together into the next day.

Can you name us one track you will be sure to play the first time you are back in a club?

Thanks for your time!