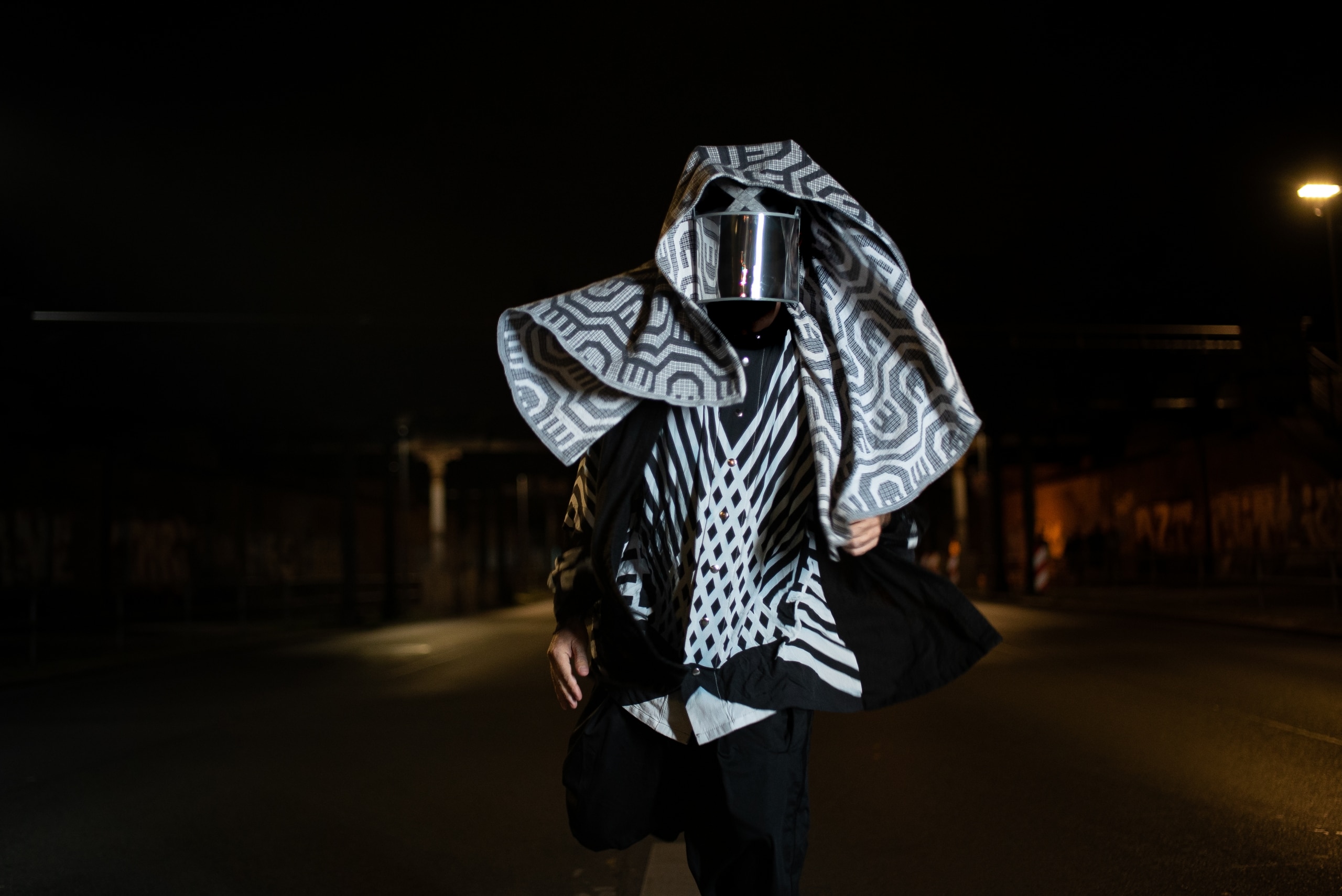 Shrouded in mystery and a long-standing affiliate of the Berlin institute Watergate, Afro House champion Hyenah is welcomed to the revered Watergate compilation series for its 27th installent, which is out today and available here. On a mission to unite people through music, the mix is abundant in groove-filled, percussion-heavy sounds that Hyenah is famed for.

Released today 19th October, the compilation features exclusive music from; Hyenah, Henrik Schwarz, Kerri Chandler, Pablo Fierro, Adana Twins, Kollektiv Turmstrasse, Da Capo, Floyd Lavine, Super Flu and more. The compilation will only be available in a mixed format but following on from the release, all of the 100% exclusive tracks will be released as three individual EPs (digital and vinyl).

Hyenah is an artist who puts music above all else. Choosing to DJ in a mask as to not reveal his identity, Hyenah dedicates the experience formulated through the music he creates to the receiving audience. Striving to create magical moments through the diversity reflected from the people in electronic music, his work is a beacon of hope, tackling issues of racism and offering a vision of unity. Following select releases on Freerange, Objektivity, Rise and a 12“ for Watergate Records, Hyenah delivers this transcendent edition of the Watergate mix series.

The Watergate mix series has been an outlet for the illustrious Berlin club to join forces with artists who it holds its closest relationships with. Starting over ten years ago in 2008, the series has gone on to release outstanding and eclectic mixes from the likes of Butch, Adana Twins, Tiefschwarz, Solomun, Kerri Chandler and many more. Giving fans a chance to taste the atmosphere of the club at home, number 27 from Hyenah is another remarkable chapter in the tale so far.

Needless to say, contributing to the Watergate mix series is a huge achievement for Hyenah, and one that warranted us grabbing a more in-depth chat with this uber-talented Afro House artist.

Hello Hyenah and thank you for speaking with us today! First off, how have things been for the Hyenah been over the last few months given the global situation? What has been keeping the Hyenah busy?

Hello and nice to meet you too! Things changed quickly for everybody. Especially us performing artists. I haven’t been travelling since March in Montenegro. South Africa was the first one to miss. Which is awful since I love it down there. It feels like home. I’ve been busy anyway. On one hand, I have been thinking of and experimenting with a different approach to produce music. I mean we all have to make the best of this strange situation and take away the positive things about it. For me that is to get away from the club situation and working on music more freely. And I have been doing this mix CD for Watergate – which is quite clubby.

We’ve heard you are set to deliver the latest instalment in the Watergate mix series. Can you tell us a bit more about the project?

I am happy to! As you probably know Watergate has a long history of great artists contributing mixes. Solomun, Jimi Julez, Mathias Meyer, Who Made Who, just to name a few of my predecessors. So I am more than happy to be in charge of number 27.

What inspired me when I started working on the mix in 2019 was the urge to make a statement – with music and beyond. So I worked with my long time friend Lazarusman. We wrote a text about anti-racism together and wanted to roll it out over the whole mix. Little did we know how much momentum this message gained in 2020.

Besides that my main focus was to develop a journey through the Hyenah sound with a strong Watergate or rather RISE flavor. You will find only tunes that have never been released before – including four new tunes of my own. On top of that, it features artists from all over the world that are friends and that I really value. People like Manoo, Kerri Chandler, Floyd Lavine, Da Capo, Henrik Schwarz, Pablo Fierro, FNX Omar or Super Flu and also some less known talents like Ameme or FKA Mash.

We also hear the tracks in the mix will be released later on a vinyl compilation. Knowing this would be the case, how did you go about selecting tracks to feature in the mix & compilation release?

While choosing the tunes for that compilation my goal was to represent a fresh and timeless selection which will stay relevant for a little longer.

The idea of vinyl releases seemed to have sharpened my senses regarding an even more thorough quality control. Unfortunately, I had to ditch too many good contributions here.

In mixing music of African influence together with other more traditional House artists I wanted to showcase the spectrum of a typical Hyenah set.

And just to be precise: there will be 3 EPs accompanying the mix and no full vinyl release. I don’t know if that is important but… yeah.

The mix features some of your own tracks which continue to hit the same high standards present across the rest of your work. Can you tell us a bit about the creation process behind these tracks?

Selecting exciting new songs to make it a musical journey can become an endless process. There are simply too many options on how to arrange them. So I decided to get involved with my own musical ideas whenever there was a missing link between certain parts of the story or when I felt that this is a good spot for a Hyenah goodie. Setting the mood is crucial to me so I obviously created my own intro.

I always wanted to explore the field between the polished and more straight forward sound of the western world and the more playful and groove-driven world of African House music. Here I wanted to take this idea to another level. In retrospect, I am very happy with the result and proud to have it come out now.

We are sadly in a time where playing music for people in a club environment or equivalent isn’t currently as feasible as it once was. Given these circumstances, what does it mean for the Hyenah to be able to share this new mix with people?

For me, a big part of creating my music is building a relationship with the listener. But the experience of playing it in front of a big audience at the end is the ultimate driving force. So when the pandemic hit it was like waking up from a bad dream, just the other way around. Of course, that mix is a quite personal thing to me. I feel that these times the audience is more aware, there is more focus and there is more of a community spirit. Considering the pandemic the energy of the music that brings people together is needed more than ever.

The mix delivers some powerful messages within it, particularly to that of being ‘anti-racist’. What are the Hyenah’s thoughts on the role of music in delivering these important messages?

Being involved in that hedonistic club life often doesn’t leave enough space for thorough political exchanges. That is ok since escapism and pure joy are the main reasons for people coming together to dance. I hope that what I do has the power to do more than that. Music can be a powerful messenger. There is no need to lecture an audience. Sometimes saying the right thing might trigger the right thoughts and deeds.

So I was happy to read this tweet by someone who did not know about the concept of anti-racism and “Not Enough” supposedly changed his life to the better. That is already more than I was hoping for.

What would the Hyenah want the listener to take from the mix?

The ultimate goal of my Watergate 27 selection is the natural conjunction of two worlds: African House Music and the more western House sound. I am sure that both sides will keep on inspiring each other. I hope we will be able to say the same about life in general especially in dividing times like the ones we are living in.

It’s been great speaking with you today, thank you. To round off, is there anything else that you’d like to share with us from the Hyenah?

Hello World, let’s stay patient – we are all in it together. See you all soon again back on the dance floor.