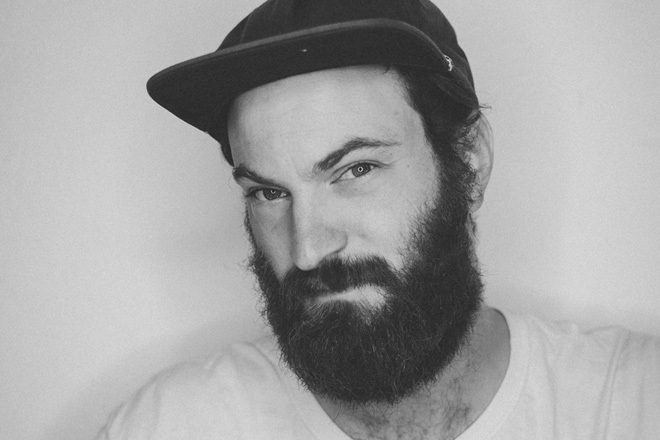 This week an online petition made the rounds of our industry and scene asking Amsterdam Dance Event (ADE) to remove Konstantin from all lineups for its forthcoming edition in October.

The Giegling Co-Founder has been booked for 3 ADE parties despite coming under fire last year for making sexist comments in an interview with Germany’s Groove Magazine, saying it is unfair how much attention women DJs receive, that it is easier for women to succeed as DJs, and that DJing makes women lose their “female qualities”, on top of other statements of a similar nature.

Following this interview Konstantin was dropped by many lineup, including festival and club appearances. The popular Giegling label also took a hit, their showcases and releases effectively coming to a halt.

The petition titled “ADE – don’t welcome sexism, remove Konstantin from the line-ups” has been launched asking for Konstantin to be removed from these three ADE lineups.

ADE has now responded with a statement on the topic,

“Off course we have seen the petition, we agree this is an important topic to address. Probably we will ask Konstantin to attend a panel and discuss this topic. Amsterdam Dance Event is the perfect place and the awareness about this is becoming bigger and bigger in the music industry. We also work together with She Said So, the global network of women who work in the music industry.”

In a phone call to Mixmag, Loveland’s head booker Robert Deutsch responded to the decision to book Konstantin as part of its collaboration event with Circoloco:

“Our company is called Loveland, our event is called Loveland. I don’t want to sound too cheesy but [that] is what it’s all about with us. The one thing we don’t like and hate, is hate. That goes in relation to anybody who does that towards women, [or] anybody else, but it also means the hate now, the witch hunt basically. We’re not in the Middle Ages anymore. we live in a time where I think people are not guilty until proven otherwise. If Konstantin would go on stage saying he hates women, of course that would be the end for us. But this is not what happened. [His comments were made] in an old article from more than 18 months ago, it hasn’t even been quoted directly, it was a conversation with one person, and it’s just hearsay basically. He’s denounced it right away, he even said that he learned to play from a woman himself and he respects women. What can you do? I think it goes way too far because one journalist said something and [Konstantin] says it doesn’t reflect his views. I don’t think this is enough to try to kill somebody’s career basically.

“Also I don’t think boycotting somebody or trying to participate in a witch hunt like this will create anything good. To counter hate with hate never worked in the past and it won’t work in the future. Of course if somebody really did something despicable we would stand against it, but in this case I don’t see any reason for that. He stated clearly that these aren’t his views.

“If these remarks are true, I don’t stand behind it, I’m against it, it’s a stupid thing to say. But it goes way too far to scrutinise somebody for the rest of their lives and boycott stuff. If you think the guy’s a dick then don’t come to his shows, but we live in a society where we should talk to each other and persuade each other in a normal, open communication. We shouldn’t be living in a society where just because some people say something, we all try to ruin somebody’s life. I think that goes too far, and I think he should get the chance to get his side of the story out, and he already did.

“And again, it’s 18 months ago, I thought it was already water under the bridge. This was a surprise to us. I don’t think this will help the conversation or discussion in any way.

“Don’t misquote me too like Konstantin was! The bottom line is that, of course we’re against any form of hate. We’re called Loveland for a reason. Hate doesn’t have a place in our scene. I think talking to people and discussing things openly – especially at ADE which is a conference, should be a good place to discuss. Go up to him and ask his point of view. He hasn’t given us any reason, apart from this interview which he said was out of context, I haven’t seen any proof that says he really has a hatred against women in any way or form. We shouldn’t jump to conclusions.”