Welcome class, get ready to dive straight into another techno sub-genre lesson with 6AM. On today’s slate, we’re going to learn about the wonderful world of acid. No, we’re not talking about the type of acid that will burn a hole through your wall, nor the type that will burn a hole through your brain and make you talk to aliens. We’re talking about that 303, that screeching synthesizer, that classic, iconic sound that just screams, “Rave!” So put down the blotter paper and pull up a speaker as we take a look into one of the most quintessential sub-genres of techno, acid.

What is Acid Techno?

Acid techno, sometimes simply referred to as “Acid”, is a techno sub-genre derived from acid house back in the 1990’s. It takes that 303 synthesizer originally found in Chicago acid house tracks and mixes it with the hard edge, blasting beat of techno music, creating a high octane, energetic sound that will make anyone listening go crazy. The term “Acid” refers to the “acidic”, “squelching” sound of the 303 synthesizer, being one of the most distinguishable sounds commonly heard throughout techno music. 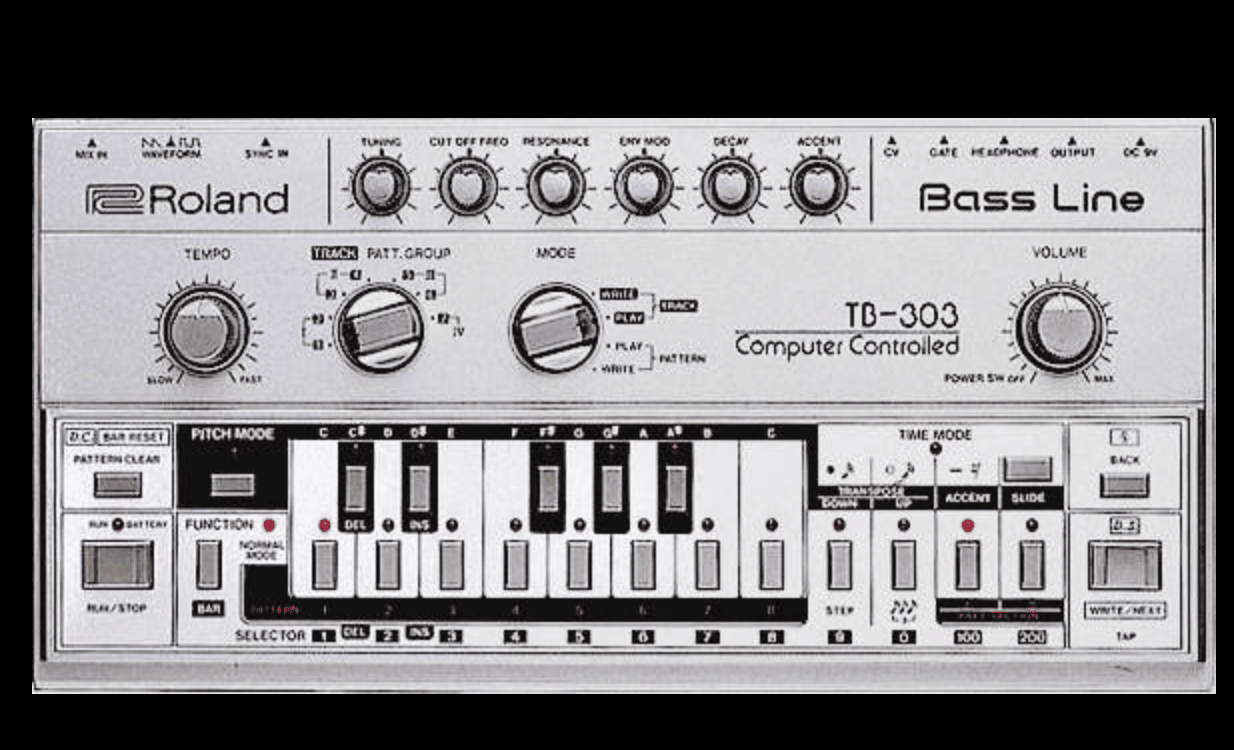 Acid techno is very rapid in nature as it uses short, fast paced repetitions combined with a pounding, relentless beat. The main featured sound is the previously mentioned “Acid” 303 synthesizer, a midrange bass frequency that increases in resonance overtime, creating the squelchy, alien-like noise that labeled the genre. While predominantly heavy on the 303, acid techno also displays other sounds such as the 909, 808, 707, and 606 drum machines. Acid is heavily influenced by German trance, hardcore, and rave music, which is why it sounds so driving and dynamic, usually being played at a speedy 135+ beats per minute.

Read Next: Happy 303 Day: Celebrate by Listening to 303 of the Best Acid Tracks Ever Produced

With anarchic roots and a rebellious attitude, acid techno was the poster child of counterculture in the late 90’s electronic dance music scene. It was often heavily synonymous with illegal parties all around the world in the sub-genres infamous history. The acid scene in the UK was particularly hot as it developed its very own unique network of underground acid raves, especially prominent in London. Going against the grain from what purists at the time would consider “proper techno,” the London acid scene drew a crowd of punks, rebels, and anti-heros, creating a resistance movement opposing all things corporate and mainstream. However, London was not the only place acid was prevalent; the sounds of acid can be traced back to free/squat parties all across Europe, including the likes of France, Poland, the Czech Republic, and several others across the continent. Wherever it was being played in the world, acid challenged the status quo and pushed the boundaries of societal and political values.

While those who were in the rave scene knew that the term “Acid” was regarding the 303 synthesizer, the uninformed general public thought it was a tie to the psychedelic compound lysergic acid diethylamide (LSD), commonly called “Acid” for short. Since the genre was already associated with illegal activity, it was very easy for those not in the know to believe that the tag “Acid” was a drug reference.

Although not directly linked to LSD, acid techno certainly did make its nods to psychedelia, featuring tracks with titles such as “Two Lines of K…,” “The ‘E’ Spot,” “T.H.C.,” “Mushrooms on Daleks,” “White Widow,” “B.4.U. (Come Down),” and many, many others. Even though acid culture was never about intentionally glorifying the use of psychedelics, it didn’t stop the media from spinning it like that, putting a hedonistic, debaucherous narrative on the movement which subsequently resulted in a negative public opinion.

While the roster of acid techno producers goes on longer than the duration of an actual acid trip, there are a few artists in particular who have earned a name for themselves in the genre and have led the way on the forefront of acid. Here’s a list of some of those notable noise makers: 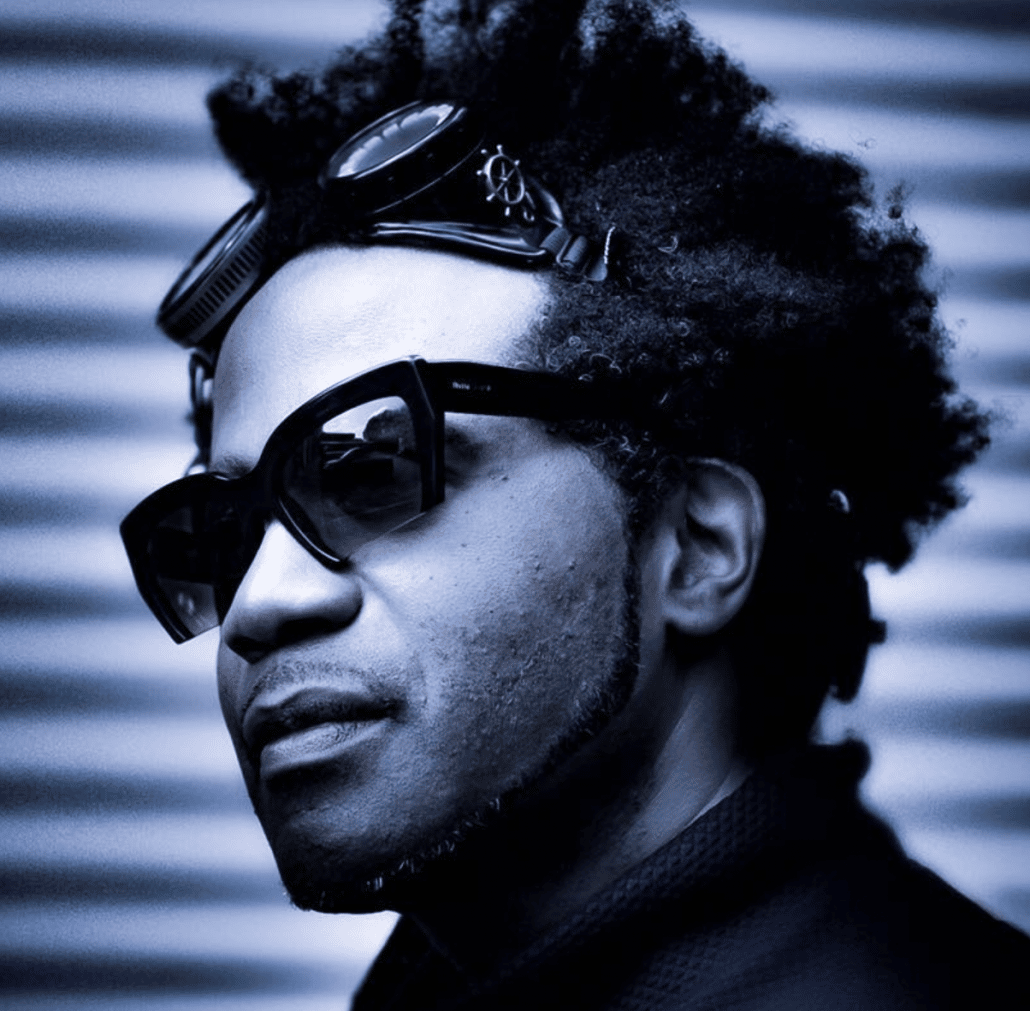 Nathaniel Pierre Jones, better known by his stage name DJ Pierre, is a Chicago based acid producer who is often credited to birthing the beloved acid genre. His 1987 EP Acid Tracks is widely considered to be the first electronic dance track featuring the 303 synthesizer, which ended up playing a crucial role in the development of the sub-genre. Who would’ve known that some guy messing around with a machine in his bedroom would spark an entire movement. 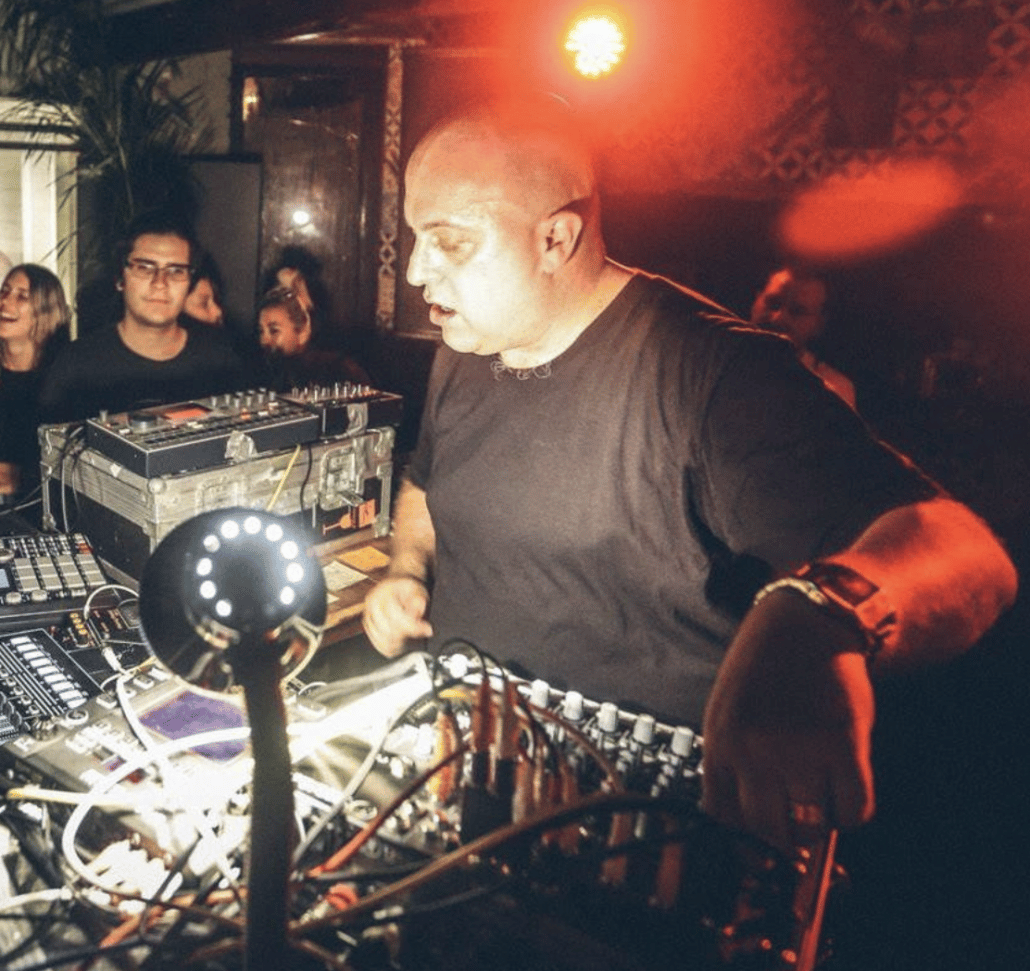 David Haberfield is an Australian electronic producer heavily involved in the world of acid. He is best known for his live acid performances, as well as founding his own independent record label, Smiley Records. Intertwining elements of rock and punk into his acts, Honeysmack not only garnered the attention of ravers, but rockers too, bringing the sound of acid to a wider audience. 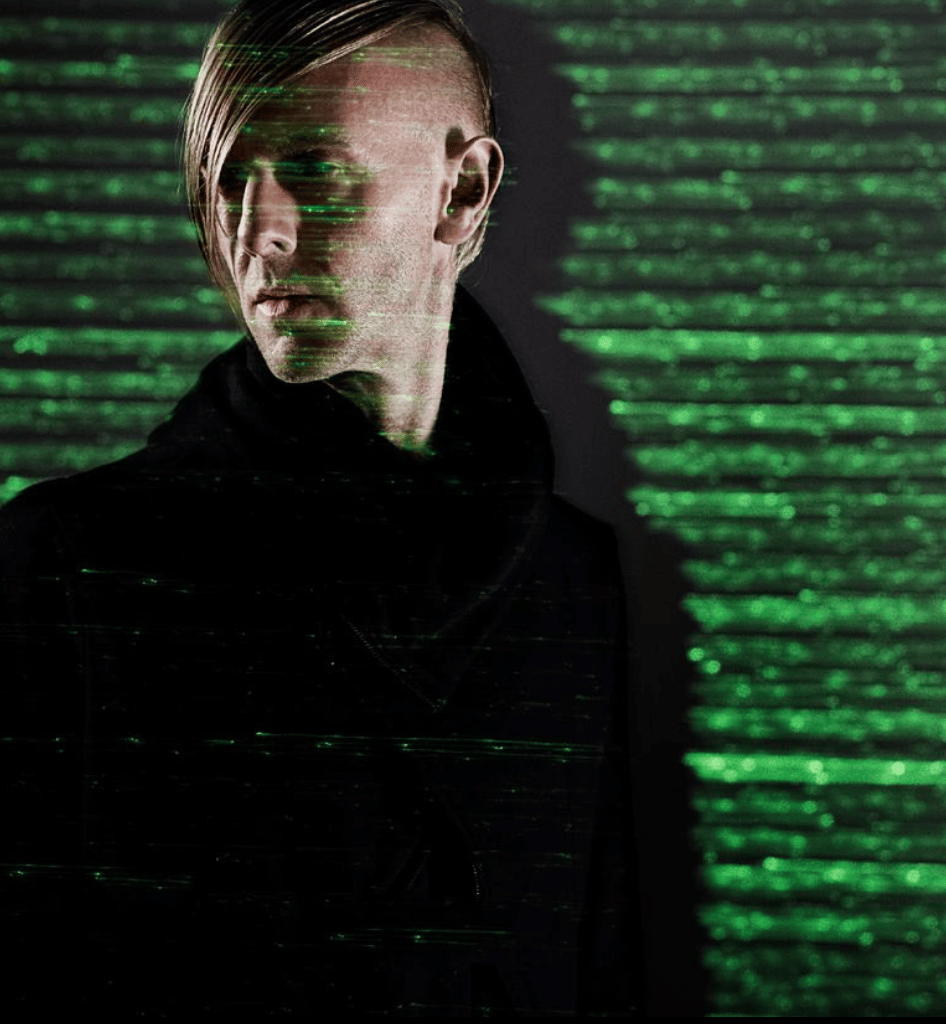 Richie Hawtin, AKA Plastikman, is a 3 time DJ award winner and one of the front facing pioneers of acid techno. Experimenting in ways no one had yet before, his 1993 classic “Sheet One” helped redefine the genre and truly showed off how the 303 synthesizer can be played in the techno game. 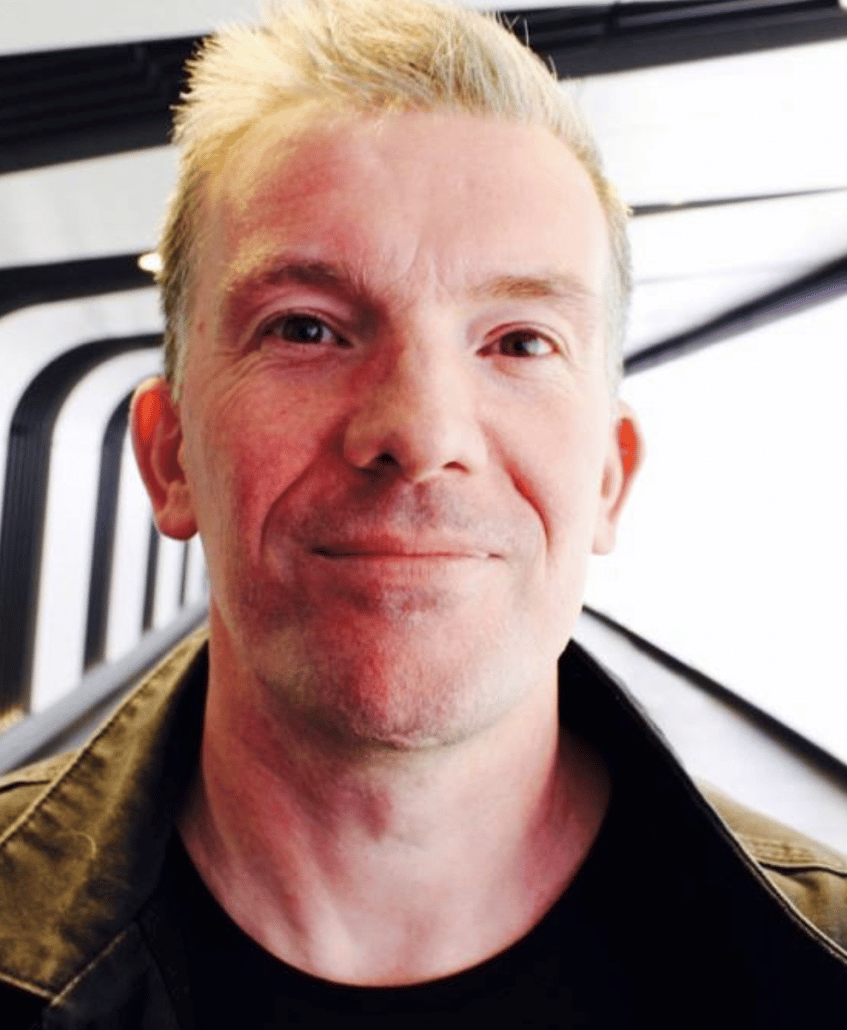 D.A.V.E The Drummer was one of the leading proponents of the London illegal warehouse rave scene back in the 90’s, as well as one of the leading proponents of acid. Founding the techno label Hydraulix, D.A.V.E. The Drummer crossed the bridge between acid and some of the darker tones of techno that we hear prevalent in the music being played today. 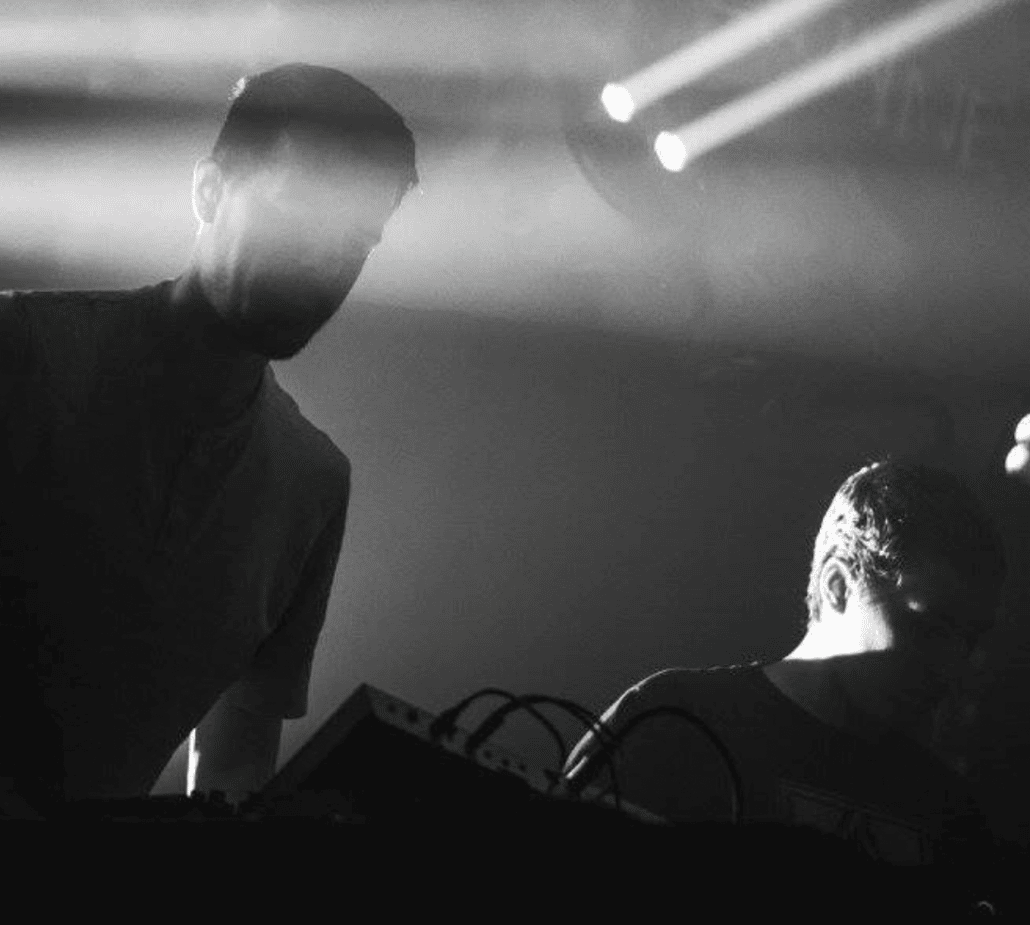 999999999, or more easily referred to as 9×9, is an Italian duo that produces gritty, gnarly, hard acid techno. Since the project was founded back in 2016, 9×9 has been on a rampage tearing up warehouses and club venues all over the world, leaving behind a taste of their signature acid style in the ruble. Already amazing a long list of accolades, 9×9 is an act surly to be in the discussion for years to come.

It’s time to finally hear what we’ve been raving about this entire time. While there are literally countless acid techno songs to choose from, here are a few of the tracks that helped define the genre as we know it.

With dark vocals and an energetic hard hitting beat, Green Velvets “Explorer” features one of the nastiest acid rifts in the whole sub-genres history.

Going off for over 11 minutes, “Plasticity” displays one of the most hypnotic and entrancing acid lines the decade ever heard.

Alessandro Adriani – “Do Not Deliver Me Into Devils Hand”

The italian producer Alessandro Adriani comes in with a cool groove and a ton of 303 as he gifts us this legendary acid classic.

One of the tracks that made him a popular figure in the acid scene, D.A.V.E. The Drummer brings it hard and fast with high energy and high acid in this 90’s acid techno staple.

Acid is a rich and storied sub-genre that has been propelling the techno scene ever since its inception. Dating all the way back to the 90’s and still going strong to this day, the sounds of acid have been sending crowds in a frenzy more consistently than the associated substance actually does itself. After today’s lesson, hopefully you don’t need to be a hippy or a space cadet to now say that you love acid!