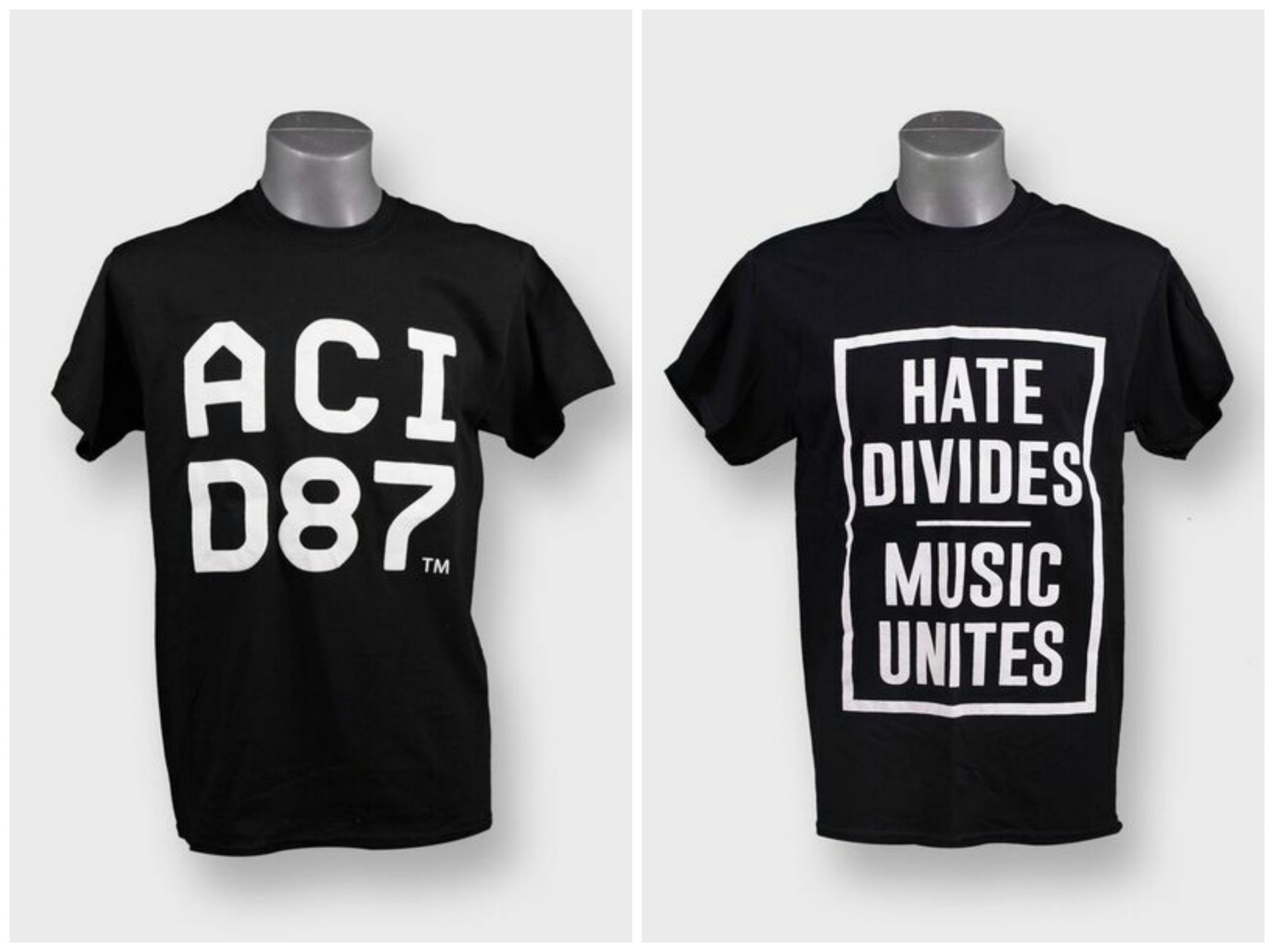 Independent club wear brand Acid87 has recently relaunched with a bang and a special new t-shirt that is a positive riposte to the craziness of the current world. With a new website and an exciting and ever expanding range, the refreshing and much talked about clothes label is firmly entrenched in the musical underground and has become a real favorite amongst the underground music fans in Europe and beyond.

This newest t-shirt comes under the Music Unites title, and is all about bringing some positivity to the world in times of unease and unrest.  It is one of the standouts and will be supported by artists such as Heidi, Cassy, Timo Mass, Sonny Whorton, Kydus, David Glass and more.

Taking inspiration for its name from the seminal 1987 anthem ‘Acid Track’, the brand focusses on specialist t-shirts, sweatshirts and hoodies for both men and women and represents the biggest and best youth culture revolution. 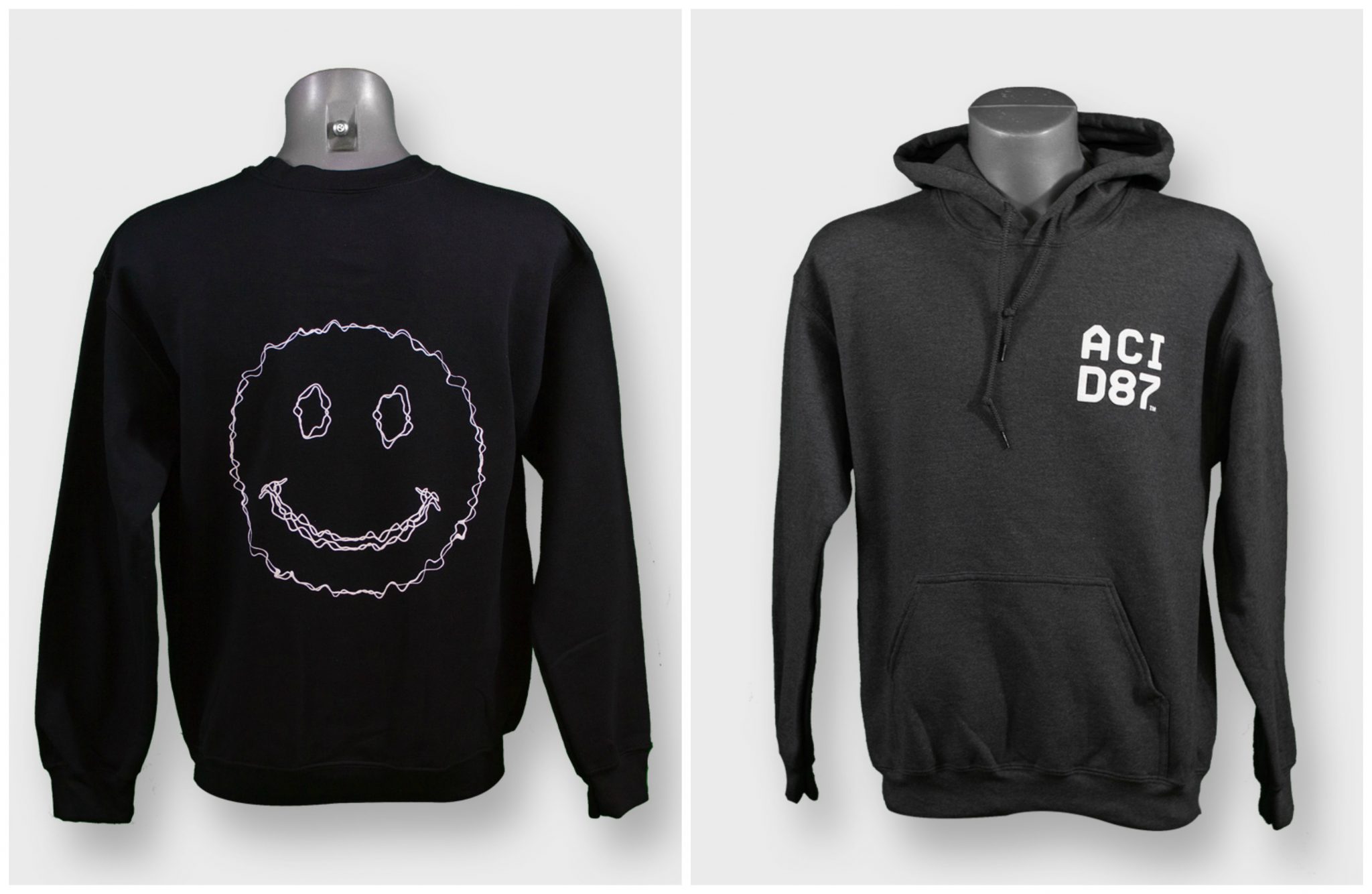 Inspired by DIY culture as well as the sounds of the Roland 303, the brand is only in its infancy but already has fans in high places. The likes of Heidi, Maya Jane Coles, Solardo, Richy Ahmed, Cassy, Altern8’s Mark Archer and more are all wearing Acid87 gear, and it has also made a number of appearances on Boiler Room.

Recapturing the golden era of clubbing, which was about togetherness, escapism and freedom, Acid87 is a way to express yourself and bring back the vibes of the 80s and 90s in exciting new ways.