A Traveling Techno Exhibit Grooves into Montreal this Month 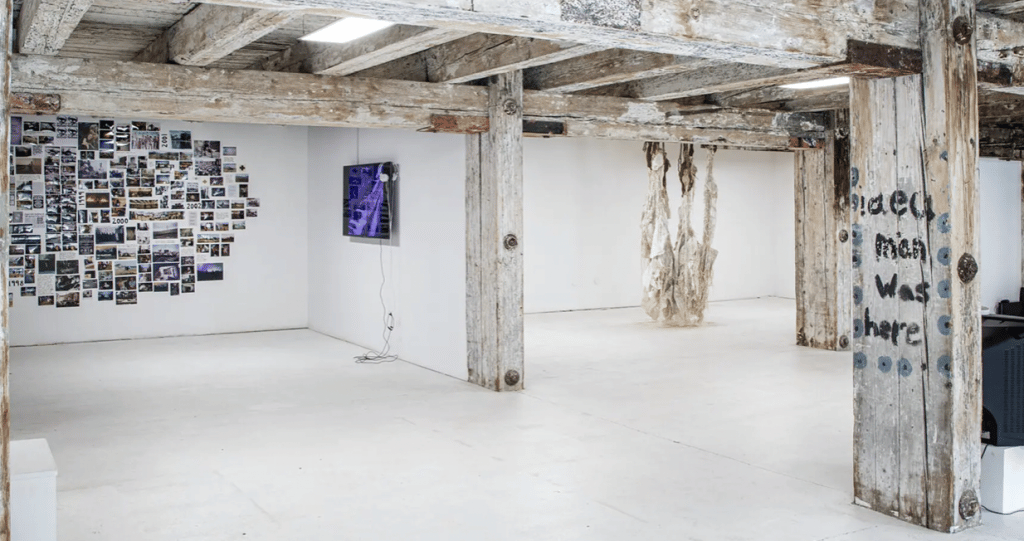 A Traveling Techno Exhibit Grooves into Montreal this Month

An interdisciplinary display exploring the evolution of the techno scene, from Detroit in the 1980s to West Berlin during the Cold War to its present-day place in the pantheon, Techno Worlds runs in Montréal from May 13 to June 19.

In what’s billed as “a 3-part pathway to discover,” the exhibit is set to take place at a trio of venues: the PHI Centre will host an exhibition during the day, the Goethe-Institut ​​Montreal will host one in the afternoon and from sunset to midnight, and the Society for Arts and Technology (SAT), an exploration of rave culture in the evening. Admission is free for all three stops on the circuit, no reservations required.

Featuring photo, video and installation works by artists including Chicks on Speed, Abdul Qadim Haqq, Henrike Naumann & Bastian Hagedorn, Mamba Negra and Lisa Rovner, Techno Worlds is a Goethe-Institut exhibition that “explores the areas of tension between underground and mainstream, politics and commerce, space and time,” according to a press release.

The three stations “thematize clubs but also rave culture as a community and a place for political campaigns and resistance,” the exhibition’s three curators explained in a dossier. “Other contributions explore the [utopian] importance of techno culture, club culture as a place of queer resistance [and] aesthetic principles of intertextuality in techno.”

“We show artistic positions or artistic interpretations with the theme of techno from different eras, not just from the 90s, but up until today,” one of the curators, Goethe-Institut consultant Mathilde Weh, continued in an interview. “We definitely didn’t want to linger in nostalgia, but instead to show a forward-looking vision of this way of life.”

And Weh knows a thing or two about the lifestyle. In the late 1980s and early ‘90s, she was living in Berlin and spending time in Munich, creating her own drum’n’bass music and finding her way onto a thriving scene.

“I was very interested in techno, but I wasn’t a permanent club-goer yet,” she recalled in the interview. “I studied art and organized exhibitions before I made music. It was always important to me to also include art – or let’s say performance art – in live performances. It was clear to me that there was no strict separation there, but that art and music were always very connected.”

Born in Detroit, where Black musicians played a key role in its emergence as a popular genre, techno has a storied history, particularly in Germany after the fall of the Berlin Wall.

“Techno was seen as a unifying element between east and west,” Weh told NPR. “It was a new kind of music, electronic music, and it was without words. And it was not important that there was a hero or a star on the stage. The techno music was industrial and minimalistic music and the perfect soundtrack for clubs…. It was a strong feeling of freedom at the time in the clubs, and I think that that is the fascination of it. It was a spirit of optimism and freedom.

As the curators put it in their dossier, “Clubs represented a place of refuge where like-minded individuals could meet and form a community in which they were accepted and tolerated.” But, they also noted, “If the privacy of dark clubs represents one point of reference for the spatial experience of techno, then the other is an exponential movement outwards.”

“Numerous unoccupied spaces such as empty industrial buildings, meadows at the edges of towns, and inner-city streets in which demonstrations or parades were held were temporarily used for techno parties,” they continued. “Similarly to the reclaim-the-streets movement, the techno scene seized possession – dancing, letting off steam, searching for moments of happiness – of places that otherwise served car traffic. This appropriation of spaces also represented a criticism of the economic interests that characterize urban living.”

That spirit of protest and pushback against societal norms is evident in the exhibition, which “references the diverse techno scenes, genres and subcultural-political projects at different times and in different places around the world,” per the Goethe-Institut.

The featured works “explore the complexities of techno from its relations to technology and philosophy, the contradiction of a critique of consumerism in techno and its very commercialization, the politics around urban and club spaces and especially the many histories and narratives of techno – ranging from Detroit to Berlin, from Yugoslavia to Kyiv and from feminist and queer to Afrofuturist perspectives,” its description of the exhibit adds.

It wouldn’t be a proper techno event without a party, and a one-off is scheduled for May 27 at the SAT with acclaimed Amsterdam-based DJ Lena Willikens, plus Kris Guilty and Gene Tellem (open to those ages 18 and older). There’s also a screening and a talk on June 7 at the PHI Centre: Romuald Karmakar’s documentary film If I Think of Germany at Night (The evolution of electronic dance music in Germany), spotlighting five DJs in Berlin and Frankfurt, followed by a panel discussion on techno culture in Montreal.

Techno Worlds debuted in Budapest in 2021, and it will make the international rounds until 2025. Montreal is its first North American stop. For more information, visit the Goethe-Institut Montreal, SATor PHI Centre.