A New Legend: DJ Minx on Finally Hitting Her Stride 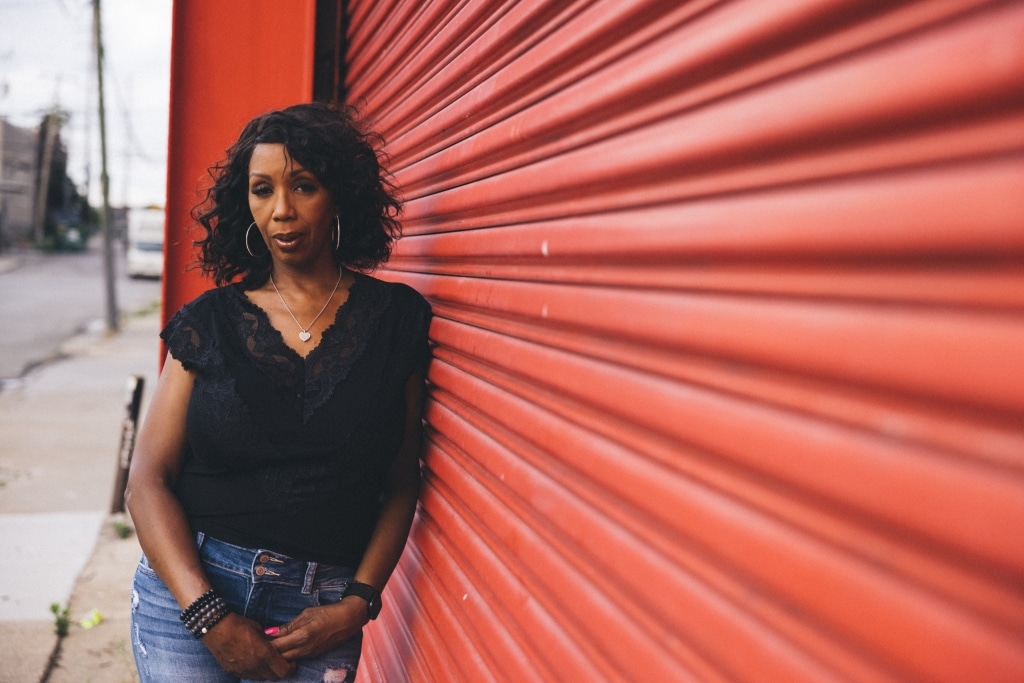 A New Legend: DJ Minx on Finally Hitting Her Stride

Detroit 1989… the forefathers of the now-classic techno sound were regularly spinning in clubs around the city. As the likes of Derrick May and Kevin Saunderson were spinning in legendary clubs such as The Music Institute, techno and house were poised for a foremother as well. Enter Jennifer Witcher aka DJ Minx. She certainly has. On the heels of an EP featuring an all original track “Up All Night” with a slamming remix from Honey Dijon, 6AM caught up with DJ Minx to discuss her storied career, being an under-appreciated pioneer in the dance music scene, and why she’s finally ready for the world’s stage.

“I always wanted to commit [to music], but the fact that I had two daughters, I couldn’t. I needed a steady income. I didn’t want to wonder where my income would come from because, as I mentioned, having to build up to this point… this wouldn’t have been enough to sustain a household and that’s what I had to do.” Up until 2019, Witcher worked full-time as a project manager at a General Motors plant by day, and worked the wax in clubs and parties around the city at night. As much passion as she had for the music scene, she had to put her family first as any parent would. “I always said, I wanted to fully do music, but when my job at General Motors got to the point of them saying ‘we’re going to let some people go and we don’t know who…,” I just said to myself, ‘You know what, if they pick me, I’m not looking back. I’m not going to work for anyone anymore and I’m just going to music full throttle.'”

Taking the round of lay-offs as a sign, Witcher entered her music career full-time just as she was entering her fifth decade. A true testament that it’s never too late to pursue your passions. Unfortunately, even though the unforeseen COVID-19 pandemic temporarily thwarted Witcher’s intention to tour full-time, that hasn’t stopped the Women on Wax label head from the promise to herself. When we asked what she has been up to lately, Witcher responds in her tranquil voice, “I am working on tracks like crazy. I’m in the house… a couple of shows got canceled because of COVID and that’s fine because I want them to take their time. So, I’ve been at home, for the most part, working on production and preparing for upcoming releases. I’ve also been doing some interviews for press because of the latest release on [Carl Craig’s label] Planet E so I’ve been keeping pretty busy.”

And busy she has been. In addition to the highly-acclaimed Up all Night EP, DJ Minx has a few other projects up her sleeve, which she is staying tight-lipped about. Even though her demeanor is calm, cool, and collect, the excitement beams from her voice for all the new music she has the opportunity to create now that this is her full-time career. For Witcher, it’s a welcome change from when she pursued music, in her own words “as a hobby.”

While talking to her, you can tell Witcher is confident she is finally hitting her stride. “There’s been a bit more shine as of late,” she sheepishly admits. Theres’s no need to be modest, now. Witcher has played the long game and she is finally receiving the recognition and accolades she deserves. “Having been in in this music game for as long as I have, there’s things that I’m seeing and doing now that I hadn’t done before. But you know, I’ve done the work, and we can pretty much say it’s been behind-the-scenes.” While her name is commonplace with Detroit techno and house purists, she feels she is finally entering the world stage to a larger audience, over three decades later. She is a testament that with a pure, driven passion and dedication, you will eventually reap the rewards as an artist.

A lot of people that have been listening to techno and house for years had not heard of me until as of late… So, I’m kind of feeling like it’s a becoming. I’m just getting out there… I know that me doing this for decades, makes me a legend but I’m feeling quite new and that’s okay…. I feel I can be a new legend.”

Even though DJ Minx has been a staple in the scene, she’s just now becoming a household name

Paving the Way for Black Women in an Ever-Evolving Scene

Despite considering herself a “New Legend,” Witcher is assuredly a legend in the classic sense of the word as well. If she wasn’t a legend, Mixmag wouldn’t have included her as one of the 20 Women Who Shaped the History of Dance Music. So, does Witcher consider herself a pioneer? “Yeah, I do feel like I’m one of the pioneers of it, you know when I looked at the entire story. Because a lot of what I did before, as far as mentoring young ladies, etc, I didn’t really think that. People would notice, know about it or hear about it until later on. All the things that I did in the beginning, they kind of just went and, later on, it was brought back to me as you did this, or you did that, whereas I really didn’t recognize it. So yeah, I guess I am one of the people that started off with the pioneering of the music…. ” and as she trails off she quietly says to herself, “2001, oh my gosh, the time sure does fly,” remembering when she started her Women on Wax record label.

Becoming a legend surely didn’t come without its hurdles, particularly for Witcher as a single black woman raising two kids while pursuing her dreams.

“It did take some time for things to develop in the way of a black woman being recognized. Trust me. I used to get laughs, ‘You’re a DJ?’ It was so intimidating.

For DJ Minx, being a prominent black women in the scene wasn’t always welcomed

Read Next: In Interview with Rose Ringed: Broken Belief

For DJ Minx, she noticed a marked difference in how she was treated within the past few years, to which she accredits the Black Lives Matter movement. “I think, a lot has changed over the last four or five years because of what took place in the U.S. and the uprising of black people standing up for themselves. I honestly think that’s one of the reasons that I’m out there more because people are seeing that people of color deserve to be respected, like everyone else.”

The best way to make a name for yourself according to Witcher? Create your own lane in an ever-changing scene.

“Techno’s changed quite a bit. This music has changed quite a bit. Whereas, me as a black woman doing this music… there could be another black woman that plays the music but plays differently than I do. And we could go into two separate directions because of the types of music that we both play. So, that you know, the way the music… the way things develop, in accordance with who plays what… makes or breaks our careers, I will say that, and I do feel strongly about that.”

According to DJ Minx, there is enough room in the music scene for all women to have their own voice and success

For Witcher, she doesn’t just measure success in terms of Spotify plays or the number of bookings. Her career predates Spotify, social media, and even the popularization of digital decks. She was in the scene for the love of it and wanted to build a community. In order to give back, Witcher began her own mentorship program for other women who wanted to become DJs. Dubbed the “Women on Wax,” Witcher taught other women how to DJ, and soon they were taking over the dancefloors at clubs around Detroit. Soon thereafter, crowds began demanding the Women on Wax and Witcher knew she struck gold. A record label followed suit.

Whenever we touched on the high points of her career, Witcher frequently discussed “the mentoring, the mentoring stages, with people depending on me to help them with music production or teaching skills. I started noticing people looking up to me. That was a big part of my career as well.” Perhaps she didn’t realize it as she spoke, but her humility was apparent in all of her words. She truly wants to uplift any and all artists and make a more inclusive scene for the present and future.

But I stuck to it so people that are just getting into it, or have doubts, please don’t. Because this music is loved by women and females more so than it used to be. There’s space for everyone. I love the fact that [women are] getting a lot more respect now so just hang in there… it’s coming.

Read Next: In Interview with Regis: “It’s My Divine Right To Be Here”

The Renaissance of Detroit and DJ Minx’s Career

Despite the growing success, Witcher never stopped caring about her fellow women DJs and the uplifting community they built together. Detroit can be a tough city, and it’s certainly faced its own hurdles, not unlike Witcher. The city and Witcher are forever a part of one another, growing and changing seemingly in parallel. “There have been a lot of different people that have come into Detroit over the last decade or so that didn’t know Detroit before. Detroit’s different. It’s totally different. People were afraid to be here.”

So, [Detroit is] continuing to grow and develop and we, as the people that have been there, from the start, people recognize that and they do you know totally support… but there’s also some some folks on the sidelines that are developing music and growing as well. So we’re just the originals. We’re making a way for the new generation, and I see that there’s quite a few here in Detroit.”

According to DJ Minx, a new crop of artists are paving their own way in the city she loves

There’s no better culmination of DJ Minx’s enduring success as an artist than hosting her own stage at the Movement Festival this May 2022. Always proud to rep her roots, a showcase at a festival in her home city of Detroit is a testament to DJ Minx’s status as a New Legend.