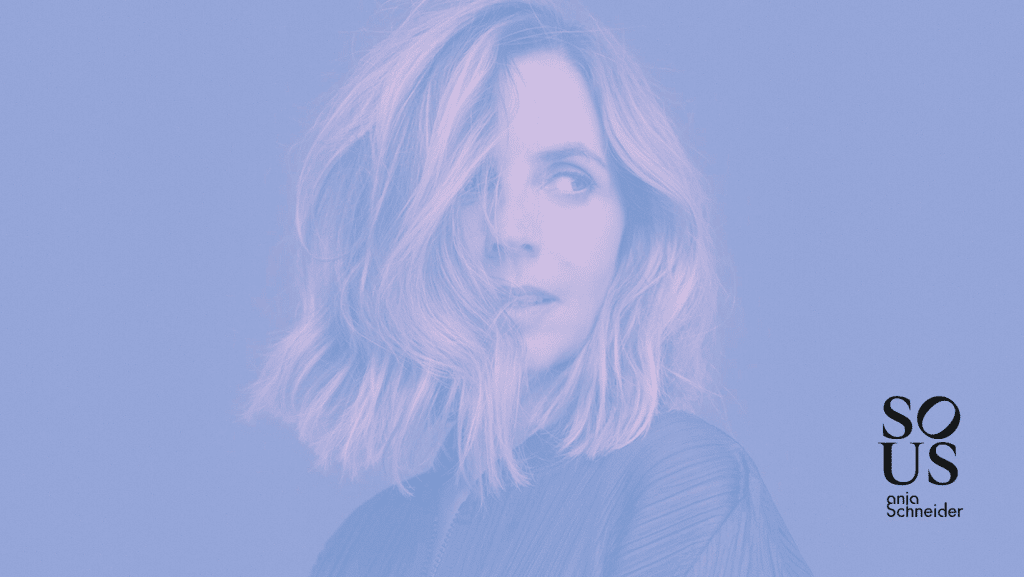 The countdown to 2022 has begun, and with the New Year around the corner, top labels from around the globe are tasked with rounding up their best tracks of 2021. Let’s take a look back at Sous 2021 releases. DJ, producer, broadcaster and label boss Anja Schneider gives us her top 12 picks from her new label, Sous Music.

After releasing records for close to 20 years it takes quite something to surprise me but this track did just that. Released in early January I didn’t think it would become a huge hit but it has been our biggest track of the year by a distance. A very happy accident!

Releasing “Aura” was a very special moment for me. It was a project that came together organically through working with and getting to know Sophie but it was also totally a product of this crazy pandemic situation we have all been dealing with for so long. Some tracks you make always remind you of a particular time when you played it in a club. Sometimes that feeling lasts a whole summer. “Aura” will forever take me back to this profound two year all-encompassing ordeal which the whole world has been a part of.

After getting all deep and meaningful I think we need to smile and forget our cares so there is only one choice! Matrefakt make the best party music and I was so happy to sign “False Promises” as every time I hear it I have a smile on my face and I am dancing either in my mind and or my body. The levels of funk are off the scale. I love it.

Originally released at the end of 2017 as part of my So Me album, “All I See” has been one of the most loved tracks from our catalogue. I was a little nervous about the idea of remixing a track that was well known as of course everyone immediately compares versions and that’s not what music is about but I need not have worried. My boys BAUGRUPPE90 gave “All I See” a new lease of life by transforming it from a soulful deep house song into a real crowd pleasing big room techno bomb. Just wait till that bass hits you. WOW…

I’ve never really considered re-releasing old tracks but “Dubmission” was a real favourite from 2015 so I thought it would be a nice project to bring it up to date with a fresh breakbeat version. I am happy to say it worked out and people seemed to liked the new version.

Spatial Awareness in full on futuristic soundscape mode. Kicking off with a fiercely funky slice of electro laden with emotive strings, the aptly titled “The Day That God Went Mad” has a real standout quality, fully charged with the means to stop a mass of buzzed-up smiling ravers dead in their tracks.

OK I am cheating a little bit here as this track was officially released in December 2020, but things blew up at the start of this year. I have to be honest, I never heard this kind of sound before and have never met two guys with so much creative potential and positive energy. It was so refreshing, and I think it’s important to not fear new styles of techno and to appreciate what the new generations are bringing to the scene. I believe that the two guys are very much part of that new generation. This release blew me away at the first listen, something which isn’t so easily done these days. It’s all about construction and industrial aesthetics

8. Because Of Art “Ethereal”

“Ethereal” is a stand-out slab of feel good melodic house. Just what we all need as we emerge from lockdown. As soon as I heard “Ethereal” I knew this was going to be a big record for the end of the summer. The vibe is so fun and positive. The reaction it gets every time I play it just shows how much people have missed this energy.

BAUGRUPPE90 have caught the attention of techno’s great and good since debuting on Sous Music at the end of 2020. Their intelligent rework full of jacking beats and mind-warping bass tones elevates their reputation as one of the most exciting new talents to emerge this year.

I am so happy to have Ludo & Andre back on the label. I am always so impressed by their music. You can hear the very high production quality and they are now developing their own niche within this modern techno sound. Both these tracks have proved to be real crowd pleasers in my festival sets through the summer always blowing things up.

“Aura” gets back to the dance floor via Pan-Pot’s fast-paced industrial techno take on the haunting melodies of the original. It was amazing to hear what the guys did with the remix. They did such a great job of balancing the change of energy with keeping the soul from Sophie’s voice and lyrics. So good!

12. Subradeon “Where Is Your Soul”

OK. Sorry. More cheating! This was released in November 2020. I have been in love with the Detroit sound of techno since forever, so when I discovered Subradeon, I was immediately struck by the soul and energy of their music. I have been lucky enough to get to know Giuseppe and Salvatore over the last year and so it was always a dream for me to have them release a record together on Sous.