A Guide Inside Berghain 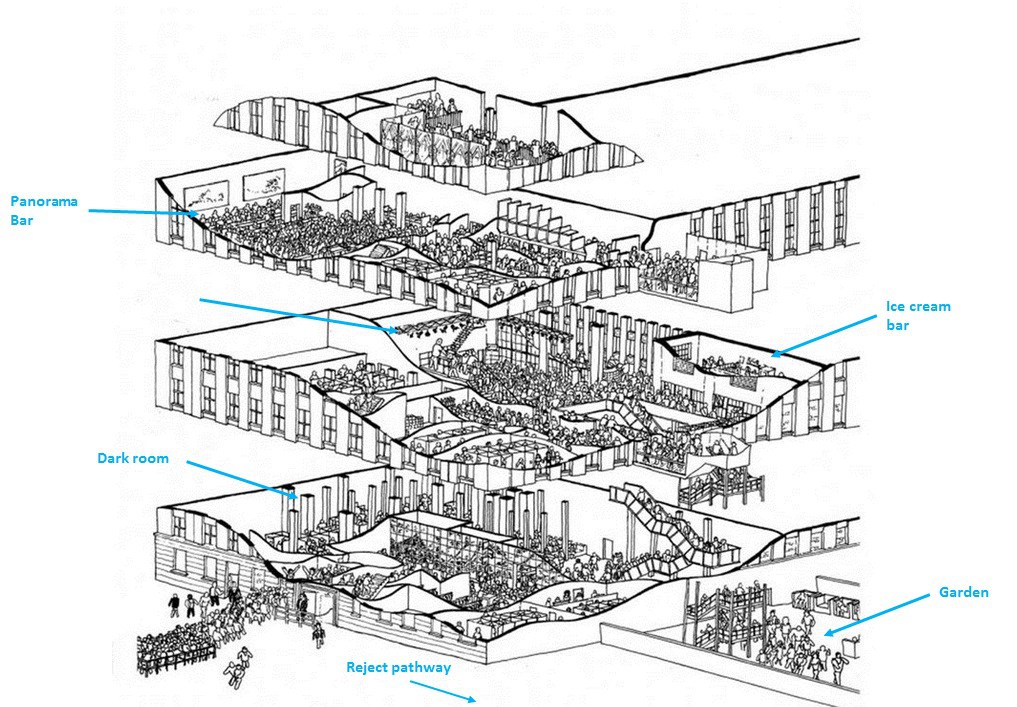 A Guide Inside Berghain

So much has been said about Berghain/Panorama Bar, the storied Berlin venue that has become an institution in the techno and house scene of its city and, factually, the entire world.

The club’s beginnings can be traced to a previous club named Ostgut, which ran from 1998 to 2003. Prior to hosting the club, that building was known as the Ostgüterbahnhof railway shipping warehouse. Its founders, Michael Teufele and Norbert Thormann, would open Berghain at its new location shortly after during the following year. The name “Berghain” is a portmanteau of the names of the two quarters that flank the south and north sides of the building in which the club is housed: Kreuzberg (formerly in West Berlin) and Friedrichshain (formerly in East Berlin); the literal meaning of the German word Berghain is “mountain grove”.

The club itself is a massive structure at 4 stories high. When entering one can be sure that multiple of its rooms are in use in one function or another, with something happening on at least two-to-three of its levels, or perhaps deep inside one of its darkrooms. 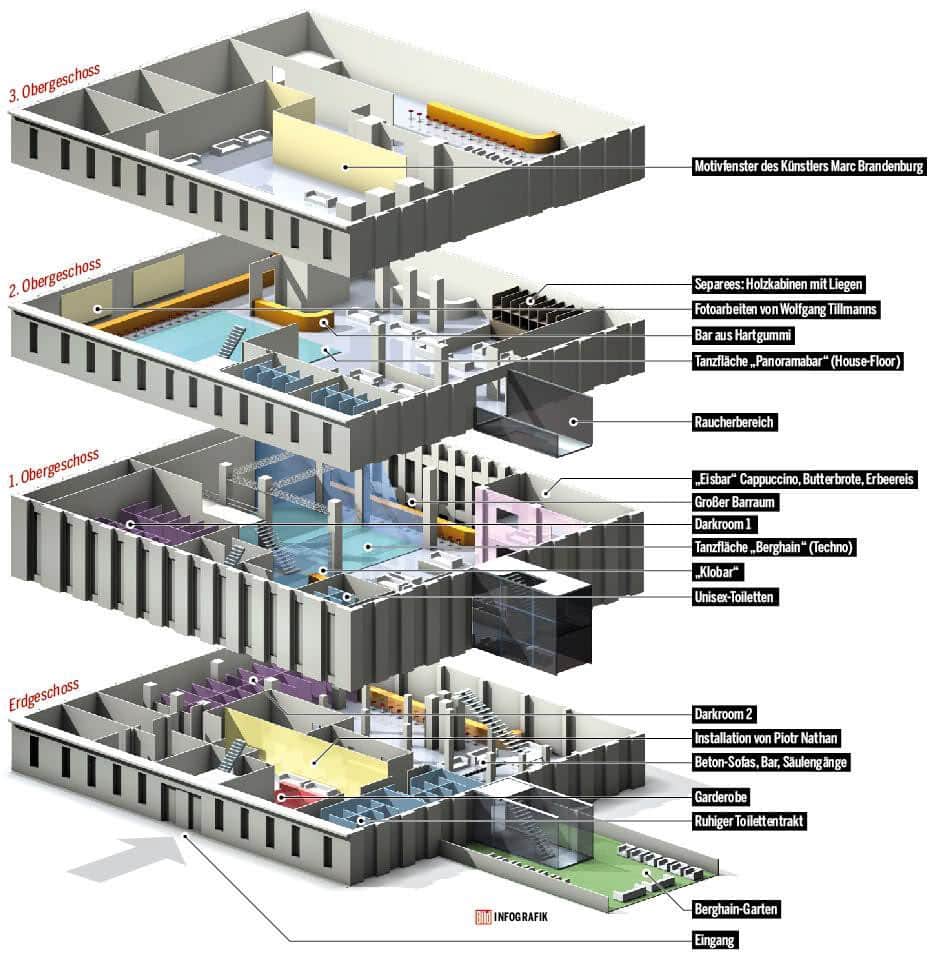 Then there are also plenty of Berghain rumors that have gotten extreme and bizarre in nature. A perfect example is the lore that Berghain’s urinals are directly connected to the showerheads at Berghain’s fetish club Lab.oratory below. While the silence regarding the truth on tales such as this one just add to the club’s mystique, we leave you to figure out how far-fetched they really are or not.

In 2005, Berghain’s owners started a record label named Ostgut Ton, the operation of which remains housed inside Berghain still to this day. The label’s first releases were by Berghain/Panorama Bar DJ residents, such as Marcel Dettmann, Cassy and Ben Klock. Nick Höppner, a resident DJ who founded and managed the label until December 2012, stated in 2007: “The simple division is that Panorama Bar more or less caters to house … and Berghain is really the platform for purist techno.” Jenus Baumecker-Kahmke succeeded Höppner as the label’s manager since, with the latter continuing to perform as an artist behind the decks of the club since.

The aforementioned Lab.oratory, which opened in 2005, is an interesting area in the club by itself. It is the place to go for people who need to address their lustful desires and thoughts. With multiple dark rooms and more toys in store, what goes on behind its secret chambers are simply left to the imagination.

Teufele and Thormann do not often appear in the Berghain spotlight, themselves preferring to work behind the scenes and control all operational aspects from decorations to bookings to the door policy. Thormann himself has been rumored to have conceived some of the more extreme, sexually inspired evenings at the club.

But for those who are just after the high-octane techno and house parties, Berghain has a lot to offer. The venue also hosts a myriad of other unrelated events including fashion shows, art exhibits, non-electronic music concerts, etc.

If you manage to get in remember to have a good time. And be mindful of the secret rooms there.