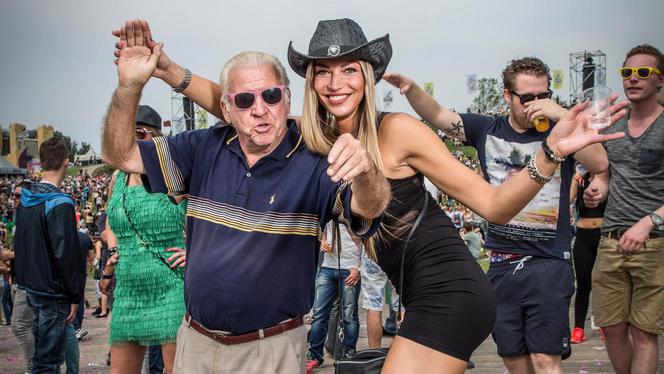 At first glance, it doesn’t really look that unusual. An upcoming techno party to celebrate someone’s birthday is a type of event that we have seen many before. But what makes this event more noteworthy is that the birthday celebrant is not one of the young people you usually expect to be a fan of the genre

Instead, the celebrant is an 84-year-old grandpa by the name of Johan De Vries who is about to turn the young age of 85. And make no mistake, he very much loves techno and has no qualms showing it.

De Vries has been a techno lover since 2005. “At first, I still felt a little shame, I was afraid of nasty comments. When I finally got the courage and went to a festival, the opposite happened:.. Everyone was so nice,” he recalled.

Soon enough, he became a viral sensation after videos of him dancing at Edit Festival hit online. Since then, he’s known to many as the “house-grandpa”, a fixture and an icon of sorts in the techno scene. So well known that, in many cases, he gets to attend music festivals for free as a VIP guest. Thanks to this, he has attended almost all large festivals in his home country of the Netherlands, including Awakenings, Tomorrowland and Mysteryland.

With that said, this particular birthday party event, called “Elixir of Life: Opa Johan’s Birthday Rave”, will be the first of its kind in the world. It also garnered so much buzz that, at the time of writing, tickets for the event are almost sold out.

Frank Böhm, fan and one of the initiators of the birthday party event, invited thirteen techno DJs to play at the event. The venue will have two areas: one showing local celebrities and another room showcasing larger names such as Secret Cinema and Bram Fidder. The party will run until six o’clock in the morning, not very common for an eighty-fifth birthday. Still the techno grandpa hopes to be able to keep up. “I have no idea if I’m going to keep going. I hope so, because I am the host. I do not use drugs, so I have to have my condition,” says De Vries.

But what about his other guests who are not into techno? No worries, the venue will have pre-drinks served for them. Still, De Vries hopes they then also come party with him during the event. “My wife has nothing with techno, but it will be great if she’s there with me. I just put her in the corner on a chair with ear plugs in. Then I’ll see how long they can keep it up.”

The “Elixir of Life: Opa Johan’s Birthday Rave” will be on May 20 at the Patronaat Haarlem, with the party starting at 9:30 PM. Information about the event can be found here, while tickets (if still available) can be purchased here.