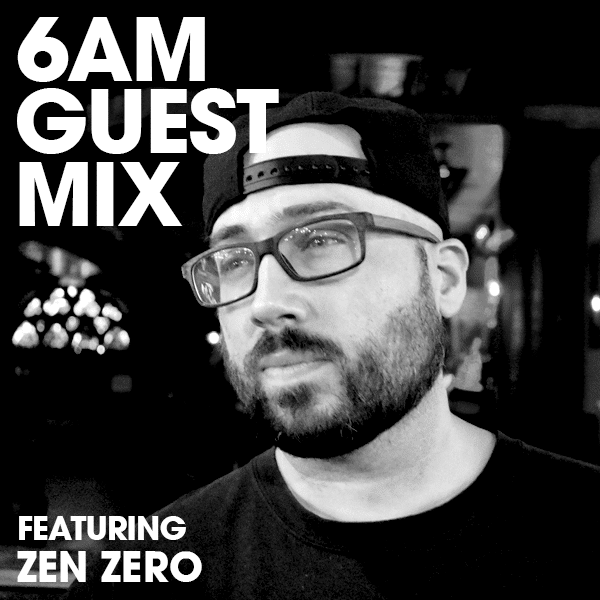 Zen Zero specializes in a wide array of techno and house music ranging from deep, minimal, hard, and aggressive. Priding himself with a Zen philosophy, he hopes to express himself honestly through his music and elevate the listener to higher states of consciousness. With this Guest Mix, Zen Zero shares his favorite tracks and mixes that all encompass a perfect balance.

Gripped by the late 90’s rave scene in Detroit, Zen Zero combined his love for music with his passion for everything technology-related. As an avid tinkerer with computer parts and stereo equipment at his disposal, he started creating a Frankenstein home setup that eventually led to the basis of a home recording studio to experiment with music and record his DJ mixes.

With his early setup and skills, he got his first gigs in high school performing at school dances and house parties. Later after graduating, he started to take music more seriously and devoted his life to his passion. Meeting up with like-minded people, he created with them a recording studio in Pontiac, MI, where he learned more professional ways of mixing and production.

In the early 2000s, the rave scene in Detroit came to a halt. To fill a void, he and a long-time friend created the first techno blog and podcast in Detroit, “Detroit Techno House.” They used this to promote events that were going on, promote releases, and interview DJs like Dave Clarke, Jeff Mills, Stacey Hotwaxx, BMG, and DJ Seoul.

He’s recently teamed up with a group of DJs to create a new record label, DJ crew, and event company called 5th Dimension Detroit. They have been curating events in the city and playing on bills with talents such as Scan 7, Boo Williams, Maceo Plex, Luke Hess, Hiroko Yamamura, Brian Kage, Derek Plaislaiko, Dez Andres, Justin Cudmore, and more.

On his 5th Dim label, he’s released his biggest song to date, “Aliens In My Room” which has led to international play and helped him to reach an audience outside of Detroit. His latest release with 5th Dim, “Travelers Compilation” reached the number 1 album release on Beatport in the Techno Raw/Deep/Hypnotic genre, with his song “Next Train to Neptune” reaching respectively at number 9 in the genre.

He currently is set to release a new 4 song EP titled “Digital Death Stream” on October 29.