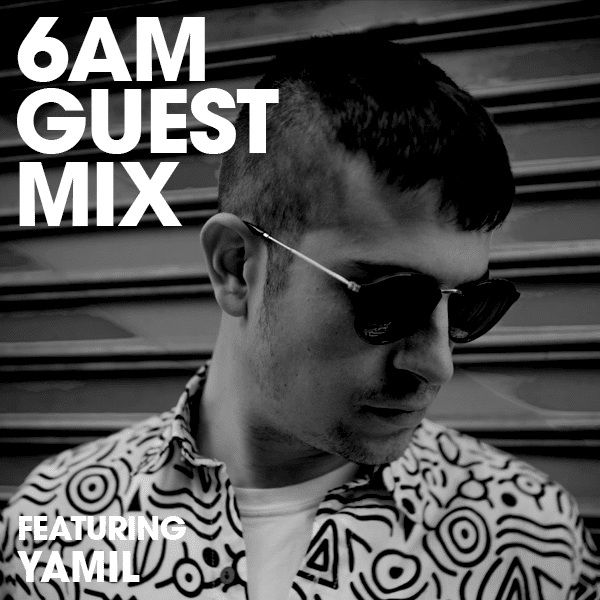 Born and raised in Spain, Yamil has been delivering high-quality House and Deep House music for the last couple of years, making him a name in this industry and having his music being played at mayor clubs and festivals around the globe

Yamil is in a state of creative grace. His releases on influential labels such as MoBlack, Solar Distance, Sudam, Madorasindahouse, King Street, Radiant and LNDKHN are the best proof of it, most of them have placed themselves on the first positions of Beatport and Traxsource’s Top 100 sales charts.

Most recently, the Spanish producer decided to step forward in his career with the creation of his own label Pieces Of Life, with which he will release his first LP, being the label’s first reference. Under the title of “POL Talks” Yamil has reflected “something unique and different, deeper than my usual sound. A journey in which each track tells a different story but giving sense toone ensemble” he says. In fact, the idea of creating the label Pieces Of Life is motivated precisely to unleash all his creativity, without imposed restrictions or limitations by the dominant trends.

We grabbed a chat with Yamil as he delivers this week’s Guest Mix.

Thank you for the mix mate! Does it reflect one of your sets in any way?

In my sets I like to play the latest music I have discovered together with my latest productions and this mix gives credit to that as you can listen mainly to my music and some of the tracks I have been getting in the last weeks.

2020 has just began, but 2019 was an important year for you and one of the main reasons was the release of your debut LP “POL Talks”. How long was the album in the works?

I approximately started to create it at the end of 2018, so it has been a rather slow and elaborate process, it is also difficult to coordinate with musicians from different parts of the world to work and create ideas together.

How was the process of selecting the tracks for it and in piecing the sequence of them once selected?

Honestly, we were thinking of releasing a full album, I had about 12 tracks and at first but finally, we decided to select just 8 of the 12 because of certain characteristics or personal tastes… finally, the others will be released during the next few months. The sequence was something we thought about as we went along, we tried to make the sequence fit like a story from a movie or something similar, starting with an introduction and increasing the intensity and emotion as we moved on to the next track, and with an ending that makes up the whole.

The album features many collaborations, which I always think is great. What was your decision process in finding the right people to collaborate with?

At the beginning, my idea was to do it my way, to create ideas and let it come as it came, but as a result of creating beats and melodies, I realized that I needed real voices and instruments to give it that natural and organic touch so I finally got it with artists that I loved their work. Some of them I had already collaborated before and it was an easy way, and with others, the process was a little longer, but in the end, all the parties are happy with the result and we think that it is a beautiful piece.

What makes a good collaborative partner when it comes to music production?

First of all that be a real artist, not a fake… (laughs) the good thing about collaborating is that each person has different ideas in their head, and different tools that I’m not used to working with, so I’ve enjoyed working with people who are dedicated to other types of music like rock, or r&b or anything that is different from what I do normally, the main mission of the collabs is to mix ideas from different heads and different concepts.

Is there an artist you hope to collaborate with in the future?

I would really love to collaborate with so many artists that I admire … but it is not something that I am focused on right now, what has to come will come :)

Let’s look forward to 2020 now, which is already underway. What are some exciting releases you have coming up that you can tell us about?

Any cool travel and gig plans for the year?

At the moment I have several things in the north of Spain, also in Madrid and several things pending in Panama, Dominican Republic and more…. and I hope to can announce many more during the next months.

With your first LP now under your belt, what are some goals you have set yourself for the next few years?

Well, my plans are to continue working at my own sound, slowly and with good lyrics, surely during the next years I will be encouraged to create a more extensive album, it was for that reason that we left POL Talks in 8 tracks, not to call it “Album” and to have that ace in the sleeve of my first album for the next years so It’s like an introduction for what is coming!