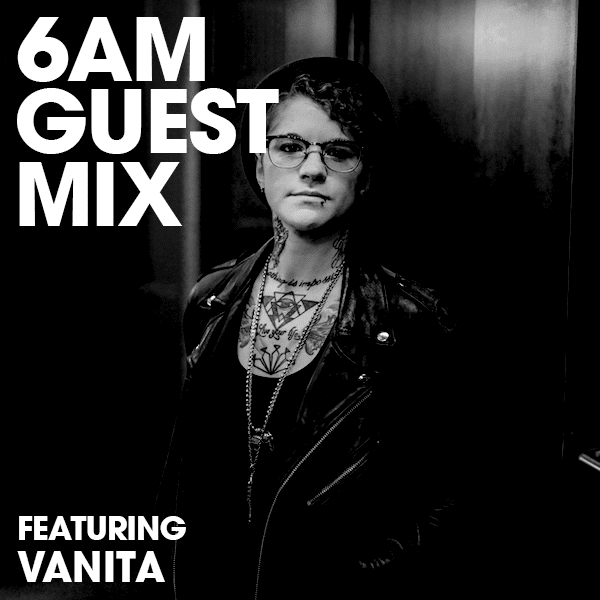 Today, Vanita delivers a Guest Mix showcasing the sound that has garnered her respect in her home city and beyond as a crafty track selector with a skill for making people groove on any given dance floor.

Based in the beautiful city of Zürich, Switzerland, and with strong roots in Italy, Vanessa Spolidoro, better known to friends and followers of electronic club music under her artistic nom de guerre Vanita, has come a long way since she appeared on the scene back in 2009.

Inspired by an ever growing love for House and Techno music throughout her teenage years and the vast variety of unheard artificial sounds created with the help of synthesizers, both analogue and digital, Vanita took to DJ’ing and played her first ever club set at the tender age of 19 before she started to become involved in music production in 2010, first working with several friends before embarking on a solo tip to sharpen and refine her studio skills over the years to come.

Gaining notoriety in Zürich and beyond Vanita slowly, yet constantly built her reputation as an aspiring DJ on the rise, playing more and more club nights and finally secured a resident spot at the infamous Hive Club in her hometown in 2014, a first breakthrough point in her career as this residency meant a regular presence in one of the hotspots of Switzerland’s club scene.

Parallel, endless hours spent in the studio turned out to be fruitful as well, leading to releases on several smaller labels before imprints like Draft Label and Einmusika offspring EIN2 picked up on Vanita’s tunes for singles in 2015 and 2017 respectively before her „Awareness EP“ was signed to Berlin’s Katermukke-imprint in 2018, another step that took Vanita to a next level.

With her tracks gaining recognition on an international level and a steady public exposure through the Hive Club residency where she continously plays alongside globally renowned artists it’s no wonder that Vanita soon entered the league of globetrotting DJ’s herself. To this date she played in nearby countries like Germany and the Netherlands but also took off on a long-distance to elevate crowds in Thailand, South Africa, Israel and the United States with energetic sets and a captivating stage presence.

Whilst keeping with an ever-busy schedule and growing air mileage in 2019 Vanita has been busy in the studio and recently released her “Rain EP“ on Hive Audio, an overdue fortification of her long standing relationship with Switzerland’s busiest club meets label business.

With more releases lined up for the near future and more international bookings to come Vanita is defo on one of the names to watch out for as her career hasn’t even come close to a possible peak yet.
No matter where in the world you’re at, be assured that Vanita is about to touch down on a dancefloor near you.