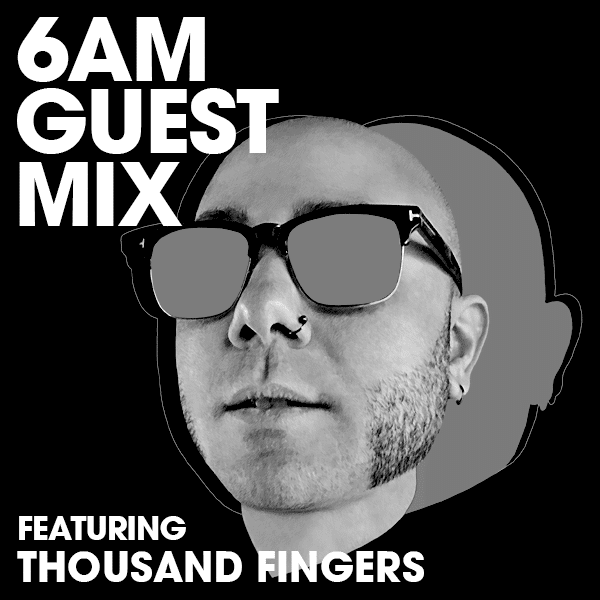 The artist aka Hakan Özkan takes an artistic approach to his productions, working with possessing a boundless sonic palate and a vivid imagination. His creative process has caught the ear of revered selectors across the globe, including &ME, Solomun, Maya Jane Coles and Miss Kittin, while receiving press coverage from the likes of like FACT Mag, Vice, DMC World and more.

Hakan is also the founder of Follow The Fingers, a brand comprising a record label and recording studio based in London. FTF are focused on following a continuously changing style in music, aiming to soundtrack moments in people’s lives while creating memorable connections between music and experience. The record label shared their first release in September of the same year: the “Outta Here EP” is a deep exploration of house music that brought together high caliber names, including LouLou Players and ACAY. After this release catapulted Follow The Fingers on to the international stage, there’s no doubt that they will be introducing new genre-fluid sounds and bringing a dramatic transformation to the global music scene in 2021.

Thousand Fingers was not only nice enough to provide today’s Guest Mix, but also sat down with us for a virtual chat. Read our interview below and make sure you scroll all the way to the end for the full mix track listing from Thousand Fingers.

6AM · 6AM Guest Mix: Thousand Fingers

Hi Hakan – your latest release ‘Ba Ba Virtue’ is a serious vibe, talk to us about the process of making the track?

Hey, cheers – Glad to hear you find the sound impactful! I dedicate my music to experiences which I’ve had in real life and sometimes mix these experiences with a fictional story. Ba Ba Virtue was inspired by my observations over time. I then combined my emotions with my thoughts and wrote the song which happened in a fairly short time. I found the main flowing arpeggio and combined it with a side guitar, bass line and rhythm section.

How did the collaboration with Betoko on the remix come about?

I met him briefly quite a while ago (BC – before covid! ) at one LouLou Players event in London. After I started the production of BA Ba Virtue, Betoko came straight into my mind. I dropped a text to Jerome and asked for his contact details, knowing he was going to be a perfect match as a remixer for this content and, obviously, he didn’t disappoint, he brought a real masterpiece.

For anyone who has not listened to the track yet – what people can expect from it?

It can be seen as a contemporary version of 90’s Deep House vibes. Different to its usual examples, I used a more modern sonic palette and put a different taste with the guitar, where I used a slide ring to ease note transitions to give an emotional touch. The song, in general, is a bittersweet dance tune. I am sure it will take you back to some memories and make you think a bit about your past.

What inspires you when making music?

Before making this song, I have experienced and realized the presence of a certain type of person – to whom this song is dedicated. These people, always around us, have a fleeting role in our lives or careers. They mostly disappear between the lines and never get the respect they deserve despite helping others with no expectations. I just wanted to give them a tangible presence in this universe.

What is the best memory you have from making music this past year?

I am going to call all my memories as my best memories and not priorities any of them as this could make me uncomfortable.

You are the boss of the label ‘Follow The Fingers’ – how has it been this past year running the label?
I set up the record label and the music studio last year. It was quite a fast period for me, especially after mid-2020 and we released our first release in September. It is going really well as I have an amazing team helping at various stages, namely a graphic designer, web designer, legal representatives, and recently we got on board an amazing young A&R assistant, Alex.

What’s your favourite track to groove to at the moment?

Nowadays I am listening to quite a lot of indie dance vibes. My latest discovery on my personal Spotify is Kendal – Infacto. Recently, I have found myself dancing and playing guitar solos on it quite a lot!

Ba Ba Virtue is going to be exclusive on Beatport by 12th of February and out on all platforms on the 26th. On the other hand, I’ve already locked-in two more releases until mid-summer on Follow The Fingers; She Said EP and Blue Hearted Man. They are both being released with amazing music videos – I’m fortunate to be working with a great team to make all this happen. On top of that, I will be releasing from other labels, preparing DJ sets, playing for online shows, or performing at real gigs (thousand fingers crossed).