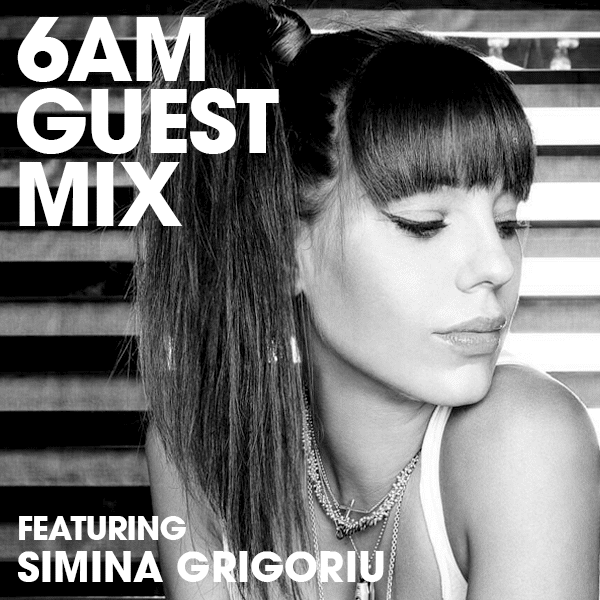 Simina’s musical roots stem deep in her childhood when she studied classical violin and keyboard. Coupled with her parents’ musical legacy and her passion for Hip Hop freestyling as a teen, it encapsulates the foundation of her style, an avenue she continues to explore to this day.

Garnering on the exposure of Toronto’s clubs, where growing up, the likes of Jeff Mills, Josh Wink and Juan Atkins struck a chord, Simina’s style grew and developed constantly into the straightforward and uplifting techno she fronts today.

Her first productions came to light on the Berlin label Sonat Records, followed by releases with Phrase Insane Records in Spain, Italy’s Intelectro Vibe, Urban Sound and Frequenza Records. A debut album was sure to follow, as Exit City became one of Susumu Records’ highest chart toppers.

After a year long break, where she focused her efforts on motherhood while keeping an active studio schedule, Simina christens Kuukou Records in July 2016 with her inaugural EP “Techno Monkey’. Shortly after, she doles out “Matching Numbers” on Popof’s FORM, an immediate hit EP complete with a smashing remix by Julian Jeweil. She continues to release both on Kuukou as well as FORM while working on remixes and collaborations for numerous techno labels in parallel.

An active globetrotter, Simina’s constantly touring, having wowed crowds at festivals and venues all over the world so it’s no surprise the Techno chief named her label Kuukou (Japanese for airport). She has been pushing a steady row of releases from the likes of Torsten Kanzler, Alfred Heinrichs, Martin Books, Daniel Boon with premium artists as remix support.

Check out our past interviews and features with Simina here