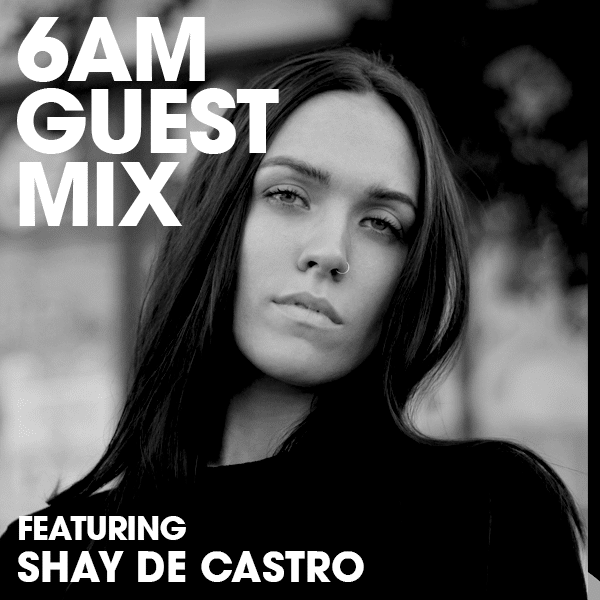 Young, talented, and focused on studio artistry, Shay De Castro is the rising star of tomorrow. With today’s Guest Mix, she will take you on a journey filled with swelling melodies contrast deep kicks, creating a soundscape made to transport you into a new dimension.

Shay De Castro latest EP is titled Assembly and is out now on Codex Recordings.

The young producer and DJ grew up in the United States, living in some of the best cities for techno music. Playing the guitar and listening to grunge rock since she was a child had a huge influence on her sound today, always making sure to have that enigmatic ingredient thrown into the mix. However, it was during her time in the culture-rich Los Angeles, California and Guadalajara, Mexico that took her productions to the next level, mixing her booming, driving aesthetic with deep, ominous melodies.

With a strong series of original tracks, production is a huge focus of Shay’s trajectory, catapulting her onto renowned labels such as Biten, Funk’n Deep Black, Prospect Records, Misft Music, Night Light Records, Frequenza and Renesanz.

The rapidly rising artist has had the opportunity to share her talent at some of the top venues around the globe (from a longer list): Club Vertigo in Costa Rica, Le Salon Daome in Montreal, Secret Garden in Guatemala, Warehouse 31 in Los Angeles, KIN KIN, Bar San Francisco in Amsterdam, and The Hard Rock Hotel in Guadalajara. Both her productions and ability to move a crowd have also given her the opportunity to share stages with Deborah De Luca, Spektre, Skober, Groovebox, and Durtysoxxx, among others.