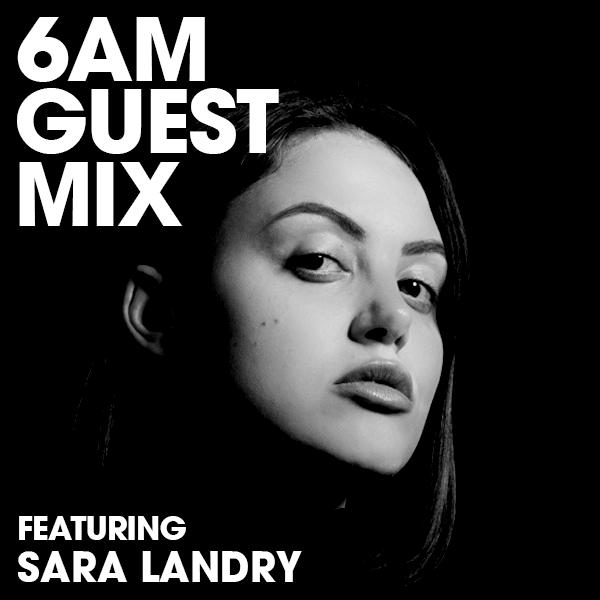 It is our pleasure to welcome Sara Landry for today’s 6AM Guest Mix, showcasing the hard-hitting and raw techno soundscapes she is known for.

At once immensely creative and wholly uncompromising, Sara is a self-taught producer, audio engineer, and DJ known for her dark, driving, and divinely feminine brand of industrial techno. Though only a few years into what is sure to be a long and storied career, Sara has quickly emerged as one of the most exciting new voices in techno, with her releases on T-Minus, Kraftek, and mau5trap quickly attracting an ever-growing community of loyal fans, and cementing her firmly on the radar of some of the industry’s most prominent tastemakers, including Perc, I Hate Models, and Amelie Lens.

As a producer, Sara is an irrefutable powerhouse who delights in surprising her listeners, deftly pushing the envelope to craft innovative sonic experiences that are, above all else, deliberate, witchy, and weird. Her productions have been streamed millions of times, are frequently featured on Spotify’s Techno Bunker, and her industrial remix of Cardi B’s WAP made quite an impact on the European rave scene.

As a DJ, Sara is an explosive presence and open channel, consistently delivering thunderous, hammering sets that have won the hearts of techno fanatics the world over and earned her a slew of high-profile 2021 bookings at Coachella’s Yuma tent, Red Rocks, and Brooklyn Mirage.

At her core, Sara is an intentional energetic conduit; her sole goal with her music is to help her audiences transcend known musical experiences by providing a space for them to lose themselves in the realm she manifests with her meticulously-executed productions and warehouse/livestream event series KLUBHAUS, which you can follow on Twitch by clicking HERE.

Enjoy this week’s Guest Mix by Sara Landry below and be sure to repost it on SoundCloud for your friends to listen to.