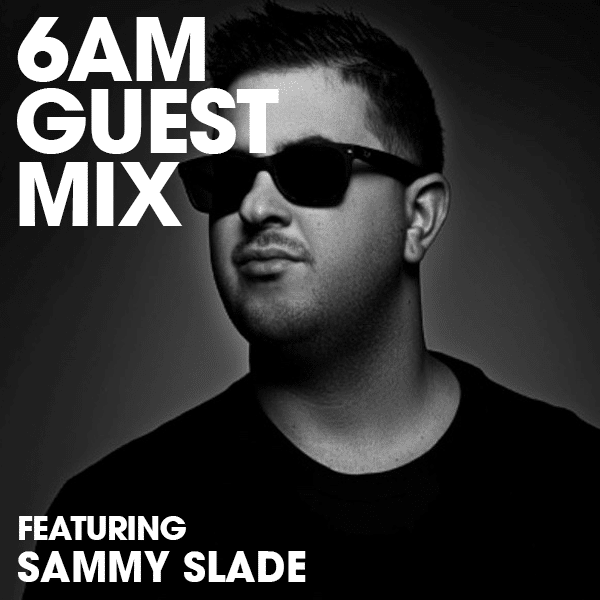 A prodigious talent, Sammy Slade delivers this week’s first Guest Mix having already dropped two EPs on Housesession this year, whose support has been a big factor in advancing his career.

In the last year, he’s also provided remixes for Novaspace and Myriam Webber — and has plenty more in the pipeline.

It feels like destiny for Slade to have become one of the freshest talents of deep and future house. Growing up in Philadelphia where his granddad, uncle, and cousin were all DJs, he was exposed to dance music as soon as he could hear. Getting his own set of decks of the age of 12, he never looked back. He played several residencies across Philadephia and began making music of his own when he was 20.

“When I’m making music, I feel like the world slows down and I can be in that moment,” he reveals. “There’s nothing like it. Seeing reactions to my creations is also one of my favourite things.”

Since releasing his first music in 2016, Slade has relocated to Florida and worked with major names in both the American and European house scenes, including Gino Caporale, head of 418 Music, one of America’s biggest independent dance labels.

We caught up with the rising talent, who is signed to MN2S, to chat about his latest project “WEEKEND”.

Check out the Guest Mix and interview with Sammy Slade below. Track listing is available at the end of the article.

Hi Sammy – it’s great to chat to you! Your project “WEEKEND” is currently out? Can you tell us about the project, what people can expect from it, and how it came together?

Thanks for taking the time to chat with me! I had so much fun putting this project together. Yes! My track “Weekend” is out on “Enormous Chills”, they are an official sub-label of “Enormous Tunes” which I have to add I’ve been following for years so to be affiliated with them means so much to me! I took inspiration from a few of my favs like “Nora En Pure” “Meduza” and some original sounds of my own when putting the track together. Loved the way the brass horns come out through the first drop and throughout the track. I toyed around with so many before landing on my choice and I knew it was right as soon as I heard it!

I’m by nature a very creative and searching type of producer. I’m always looking forward for new sounds and inspiration, other artists to Collab with and such. I find comfort in music and I’m always searching for ways to spread that feeling.

What do you have planned for the rest of the year?

Geez where to start haha, I have releases signed through December with labels like “United Music Hits”, also collaborated with Billboard artists “URBANO” on and upcoming release which I can’t disclose which label just yet but super excited for that and much more! I’m currently waiting to see if Spinnin Records likes a track I have in their talent pool that I submitted this week. It’s an amazing track that I worked on with a super talented vocalist from the UK with, his name is George Redwood, and he really helped me bring that track together, so yes, we’re hopeful Spinnin likes it!

What are you most looking forward to post-lockdown?

Honestly, I can’t wait to see people dancing and clubs functioning normally. It’s so important to have space in life where you can let loose and just enjoy your passion, and It was one of the reasons I had released so much music during the lockdowns and such, if there was ever a time people needed music this was it. My thought was if one person listened to my music and it made them feel good it was worth it. I am hopeful it did.

What tracks do you have on repeat currently?

I have such a wide listening spectrum, sometimes I shock myself lol. Lately, it’s been everyone from Lee Foss to Jonas Aden, from Mat. Joe to Loud Luxury (laughs).

And it’s always changing as such is music!

What has been your highlight of 2020 so far?

Ah! 2020 has been pretty interesting aside from the whole COVID thing. I had some pretty cool stories forward in 2020, whether it be signing two singles with Enormous Tunes, or releasing my EP “Missing” with Housesession Records, or I could even say it’s been a highlight to be interviewed and Guest Mix with 6AM (laughs).

But one thing I will say is I’m truly grateful for any support I get for my music from all outlets and fans and I just hope to build on this moving forward.