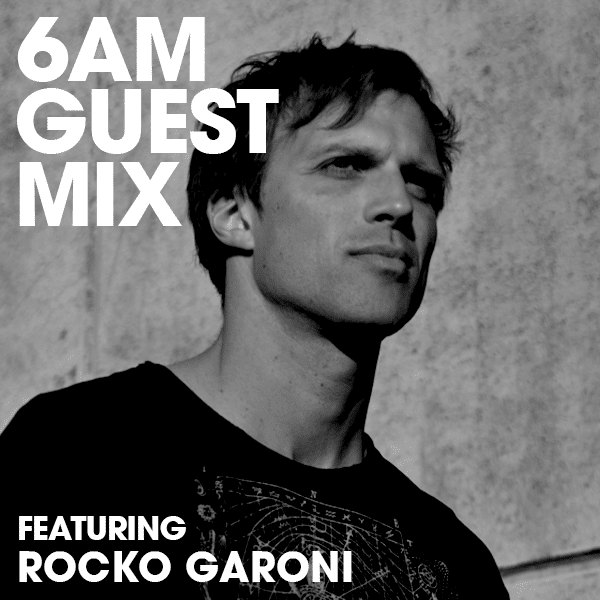 Second State recording artist Rocko Garoni steps up for today’s 6AM Guest Mix.Maybe it was a coincidence that northern light Ocko Garen aka Rocko Garoni turned on the radio 25 years ago – but you shouldn’t bet on it. The 90s and the beginning of rave culture were magnetic for him and crucial to the start of his musical career.

Rocko has left his mark on almost every puzzle piece in the scene – from being part of Zucker-Club in Bremen, an organizer of illegal warehouse/outdoor raves, to festival stages (Räuberhöhle / Fusion Festival) and being a label manager.

Drifting, rhythmic, intense and at the same time smooth, Rocko Garoni’s techno incorporates wide bass and soft transitions, blending his DnB past with his techno present and future. Using his many years of experience, he is always testing out musical boundaries. His sets sound like dystopian sunrises, where, from Germany to Israel, Netherlands or Brazil, no leg stands still.

As a producer, he is signed on Second State, with other releases available on Advanced Music, Elektrotribe or Manual Music. Second State is the platform Pan-Pot calls home, acting as a label through which they can release tracks, host events, showcase fashion and present visual ideas to Techno lovers and dance-floor soldiers from all over the world.