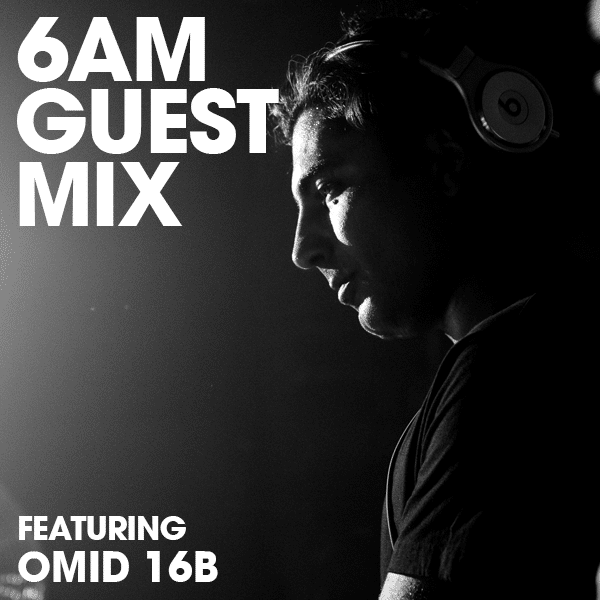 Omid 16B has forged a unique and prolific career as one of the world’s most talented and respected musicians and producers with over 20 years contributing to the scene, as this mix proves.

Growing up in London, with Persian roots, he’s highly regarded as a pioneer of the tech house movement back in the early nineties, alongside Carl Craig, Craig Richards, Mr C, Steve Bug and Francois K. Omid’s impressive discography includes releases on labels such as Eye Q, Hooj Choons, Stomp/EQ, Yoshitoshi, Ministry Of Sound, Deconstruction, Tsuba and Bedrock, as well as his own labels aLOLa and SexOnWax Recordings.

Omid boats an impressive portfolio of music, releasing 4 albums to date including his hugely acclaimed debut ‘Sounds From Another Room’ (1998), ‘How To Live 100 Years’ (2002), the two-part ‘Like 3 Ears & 1 Eye’ (2007) and his long awaited brilliant album from release last year, ‘Silenciety’. He has worked under many pseudonyms including $16 Million Dollar Man, Phaser, 16B, Pre 4, OTC, ORN, Sixteen Souls, Subversive Attraction, NEW5 and Omid 16B, among others. Omid’s impressive collaboration and remixes credits include artists Lana Del Rey, Morel, The Cure, Gus Gus, Danny Howells, François Kevorkian, Steve Lawler through to Groove Armada, Depeche Mode, Prince, Deep Dish, and many more.

Having played at some of the best festival stages around the world from Snowbombing, MTVFestival, SW4 Main Stage in London, DJmag’s 20th anniversary show at Space Ibiza, Bestival and the Space Closing party, Omid continues to follow his individual creative path, taking his unique sounds from his London studio to the global stage.

Enjoyed the mix from Omid 16B? Read our exclusive interview with him here

Omid 16B SunTzu is available for order HERE