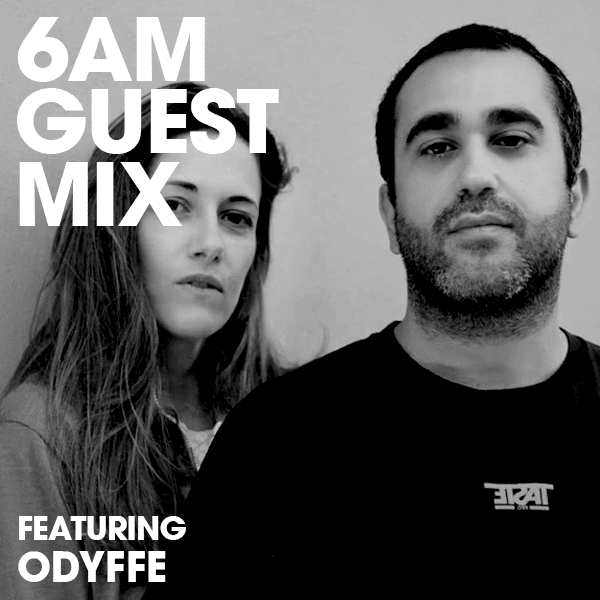 Odyffe, which stands for “odyssey” in ancient French, is a journey that began for Federico and Fanny, musicians and composers bounded in music and in life.

Federico started studying and playing bass guitar in pop-rock, funky, reggae and blues bands from a very early age in Italy, whereas Fanny approached piano and songwriting in France. Further down the line Federico founded Taste Records, and a duo called Man.E in Milan before meeting Fanny, the other half of Odyffe, who joined Federico in life and became his wife, bringing talent, melodies and lyrics.

Listen to 6AM Guest Mix: Odyffe

Their first track ‘Noah’, dedicated to their son, was signed by Nervous Records and remixed by James Curd and DJ Romain which was then followed by a release on Flashmob Records. On Nov 20th they return to the famous New York house imprint Nervous Records with their single entitled ‘No More’.

‘No More’ is a rolling house groover featuring shimmering low frequencies, rubbery synth melodies that harmonise with the graceful vocals and resonating kick in this vibrant, club-ready track.