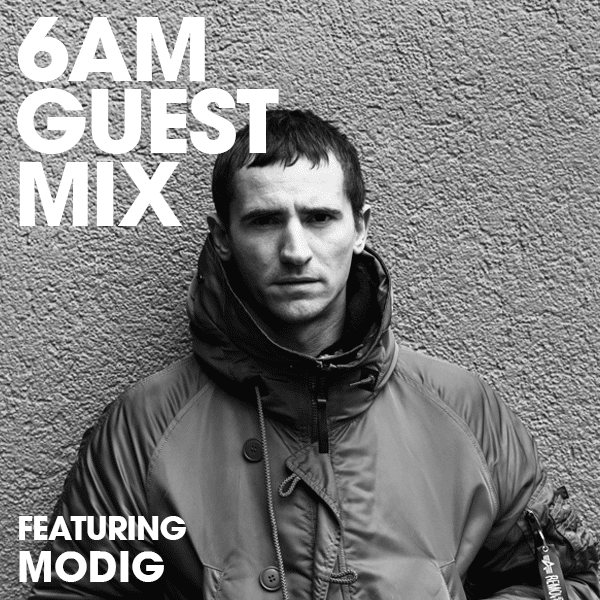 We begin the week with a brilliant Guest Mix from David Boldt, known in the techno world as Modig.

David was part of the band ‘Grey Television’ for many years, until the turning point came in 2014. The band decided to split up and David chose to pursue his solo career. Electro- nic music is especially important for David, because it has never failed to provide shelter through his career as an artist and especially when the everyday life showed the harsh limits of following his personal interests.

In the early years of his solo career David experimented with elements from his indie rock band past, as well as with influences of neoclassicism. He impatiently tried out many new things with the ambition to see quick successes.

Already in 2015 he had his first live appearances as a solo artist with electronic self – produced music. Back then his style of music wouldn’t yet be considered as techno, but was a stopover between his bands “Grey Television” style to David’s very own unique style of music today.

A first highlight of his music career was when he was invited to Norway for the Oya Festival, where he played live in front of 1.000 people. Self -confident, open-minded and perhaps also led by haughtiness, he worked out his place on stage in front of the audience. “Modig!”, which means courageous in Norwegian, was the feedback the audience gave David, they considered it courageous when he revealed that he had only rehearsed twice. Thus the name “Modig“ was found as a pseudonym for his artistic work as a producer and DJ.

In the following years David constantly aimed to experience and explore new, unique things that contributed to his artistic work. This also included an open-hearted preoccupation with analogue synthesizers.

Modig is fascinated by the club life of his hometown Berlin, which can be observed in clubs like Berghain or Tresor. Moving bodies without a break: That‘s all he has ever wanted!

His first release on in 2019 on Soma was “Latissimus”, and is a collection of one- takes resulting from live sessions. Without exception, they are statements and don’t miss Modig’s unique handwriting or haughtiness.

Just as impatient, unrestrained and self -confident as David himself. Since, he went to release on Soma again in early 2020, as well as being invited on Slam Radio by the Scottish duo at the helm of the iconic label.