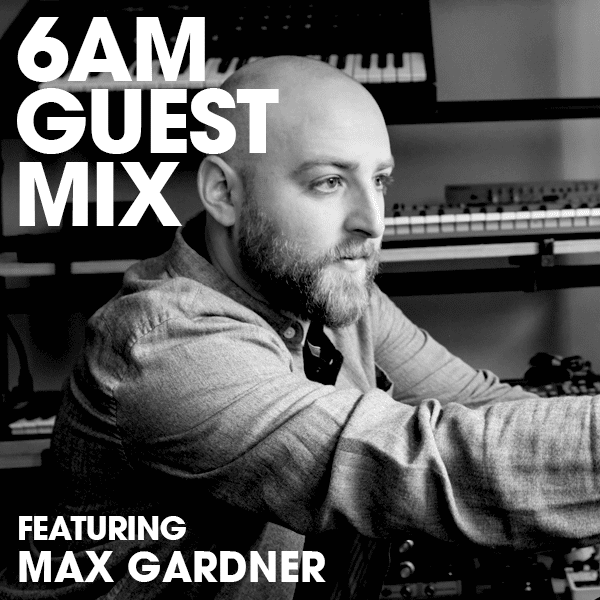 This week’s Guest Mix is a live recording of Max Gardner performing at F8 in San Francisco for Direct To Earth presents The Nightmare After Christmas w/ D.Dan.

“Happy Friday! Today I am very excited to have my Dj set from December’s Direct To Earth show be featured as a guest mix for the 6AM DJ mix series. This night was really fun and I remember it so well. It was great to have this high energy dancefloor jumping off early in the night. This was right before D.Dan took over the controls. Going to cherish this moment all year, can’t wait til we can do this again!” – Max Gardner

For over a decade, Max Gardner has dedicated himself to techno. He’s a constant presence in the Bay Area scene, playing clubs and warehouse parties, hosting his own events, and producing his own hammerhead machine music, performing all-hardware live sets solo and in collaboration.

In 2011, Gardner co-founded Direct To Earth, a party and event series. Through his work with DTE, Gardner has hosted, promoted, and DJed beside some of the world’s most well-regarded techno talents — in dirty warehouses, hazy afterparties, and top-tier clubs.

His DJ sets run through the gamut of techno in its purest forms, inspired by the heavy, synth-forward sounds of Detroit and Berlin classics and new-school players from the Netherlands, Latin America, and the U.S. Midwest. He focuses on driving rhythms and intricate, long-form mixing — hypnotic blends that provide just the right amount of subtlety to whipped-up dancers.

Gardner has also been producing his own material for years, and in 2018, he released his first 12″, an EP entitled “Broken Knives & Pinkies” on Bay Area imprint Excise. Besides his solo productions, Gardner also collaborates with San Francisco hardware technician Marc Kelechava as Transpose, an all-hardware techno duo whose debut performance tore the roof off a MUTEK San Francisco afterparty. He’s been busy for years, but Max Gardner’s just getting started in 2019. Watch this space.