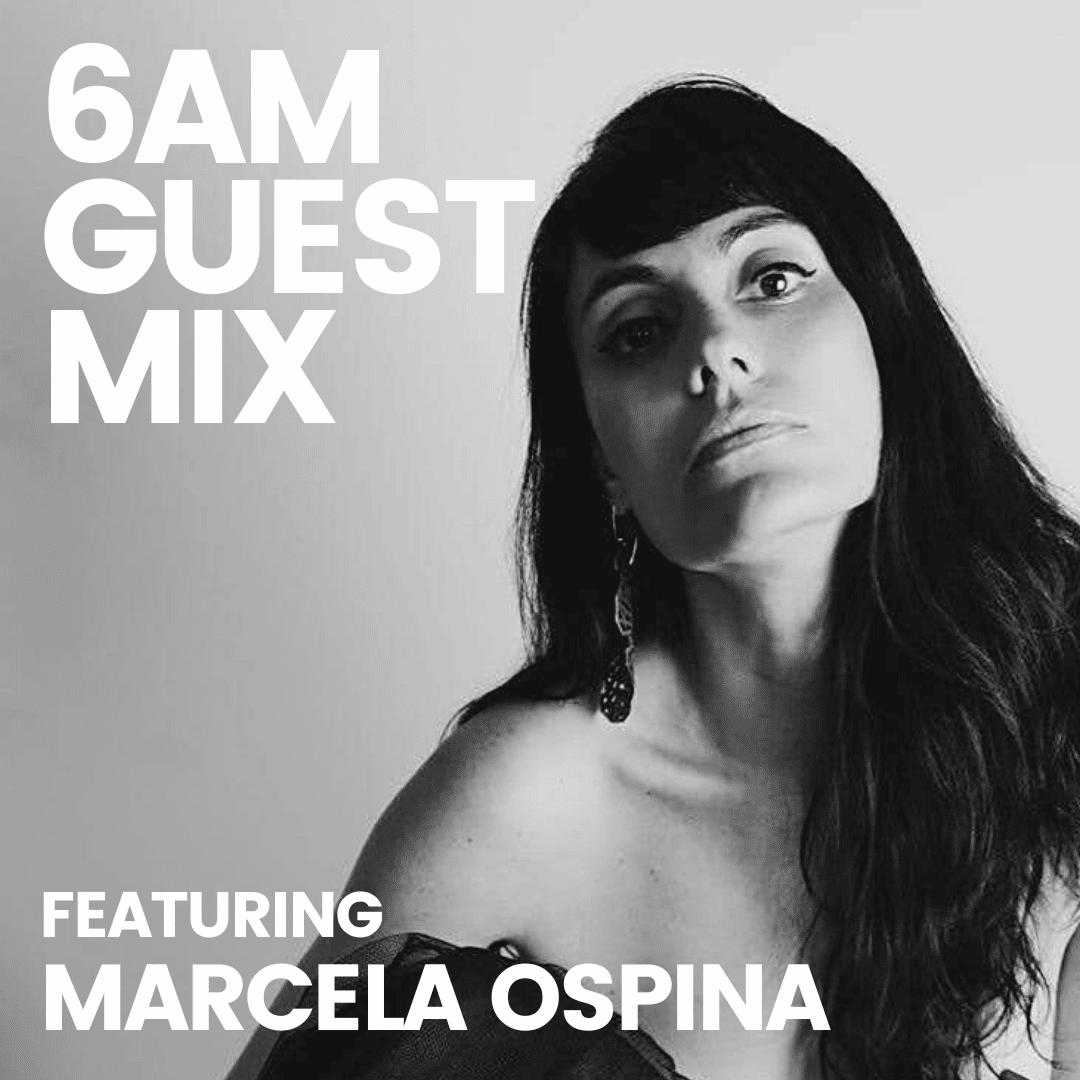 This week’s Guest Mix features Marcela Ospina. Born and raised in Colombia, Marcela took an interest in electronic music in the early 2000s when house and techno became popular in the country and when she was a regular at the Cinema club. But it was only in South Africa when she began DJing.

She has played regularly at the house and techno club ToyToy, H20 Electronic Festival (aka H20 Party Festival), and other festive techno events in Cape Town, South Africa.

6AM · 6AM Guest Mix: Marcela Ospina

Now, she is based in London and focuses on producing and organizing her business called “Salon” — a series of collective events showcasing creative opportunities for human connection through the arts, politics, friendship, and of course electronic music.