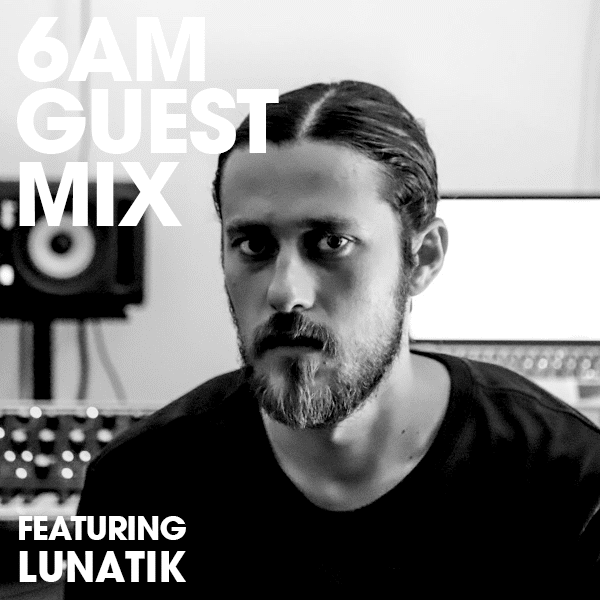 Find the point of coincidence between clutter and clarity. Lunatik proposes a mental and emotional sound, a sound that brings out the emotions that each one has in the soul, in a language that the soul understands, but that will never translate.

Born and raised in Rome, into a family of musicians, he began to approach the world of music through piano and violin and then to electronic music as a producer and DJ, ultimately discovering his love for techno.

On November 2016 he debuts with a 4 hours DJ set at Tresor Berlin. On January ‘17 Mixmag includes his first vinyl single into the Chart “Releases to ear on January”. Also was in top ten underground charts on djshop.de for a few weeks. 2018 is an year of growth, playing in more than 30 clubs throughout Europe.

During 2019 he becomes part of Analphabeat, Goa Club’s resident party and makes his debut in Asia, playing at Contact Tokyo, Dommune in Takamatsu and other places around Japan.

Listen to 6AM Guest Mix: Lunatik