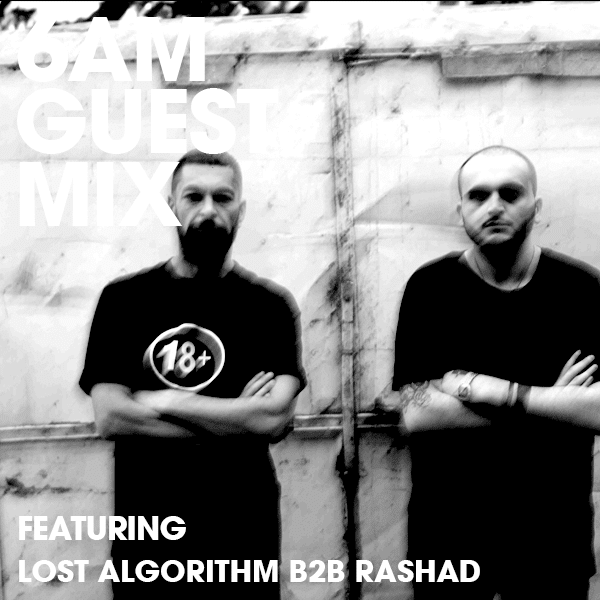 We begin the week with an exclusive Guest Mix featuring almost 2 hours of driving techno from Lost Algorithm b2b Rashad.

Lost Algorithm is Techno DJ and Producer from Baku, Azerbaijan. He is the Founder of several labels including Fabrik Music, Algorithm Records, Sector Audio, Epidemic Mind and as well as Founder of Algorithm Music Label Group. created in Baku and now relocated to Berlin.

Lost Algorithm has been producing music since 2015 and started DJing shortly after. His music style has been described as modular, acid, proper, and industrial techno orientated for the dance floor.

Rashad is a Techno DJ and Producer as well as the founder of Underground Club and Labyrinth Records.

Enjoy the exclusive mix below: