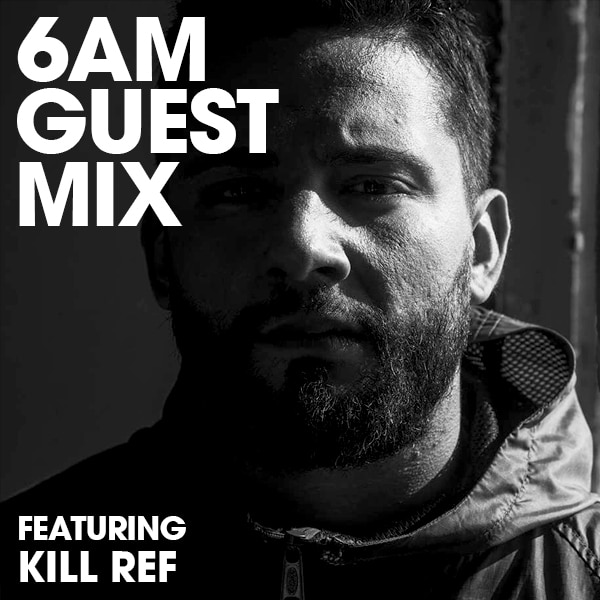 Italian producer/DJ Kill Ref delivers a special mini-mix of all tracks from his forthcoming Outskirts Late Broadcast album, scheduled for Sept 24th release on his very own KR/LF Records imprint.

The tracks on this 9-piece collection have been selected from his personal production archive and span a number of years with an eye on the dance floor, but enough intricate elements for home listening that prove his wealth of knowledge within the genre, and making this a real gem package.

DJ feedback on this release is huge already, including acts such as Marcel Dettmann, Rebekah, Dax J, Adam Beyer, DVS1, Bas Mooy, Marco Bailey, 2000 and One, Norman Nodge and more.

Outskirts Late Broadcast is the debut album from label head Kill Ref and it combines 9 unreleased tracks from his 2012-2017 archive. All are often anonymously aired via his own late night radio show broadcast on Rinse FM France, and outside of KR/LF his productions can also be found on labels such as Labrynth and Darknet.

Combining a wealth of sound design, the overall aesthetic is based around a raw analogue sound with strong rhythms and is meant to work on a dance floor but also have the intricate elements needed for home listening.

Kicking things off “Nitzer Huntes Disco-Milf” sets the tone with a stern, driving sound, where as “Outskirts Delay Outcast” has a more hypnotic vibe with experimental textures. “Septh 5 (Arp Dub)” focuses on a melodic element combined with a driving beat. “Latum” has a relentless acid ride that is a peak time workout, where as “Killaden III” takes on an old school style with plenty of depth in-between the lines.

With a great flow from start to finish, this album has clearly been a labour of love and presented as a well-rounded package, it shows that Kill Ref has a great inner knowledge of the techno genre in all its varying shapes, shades and sizes.