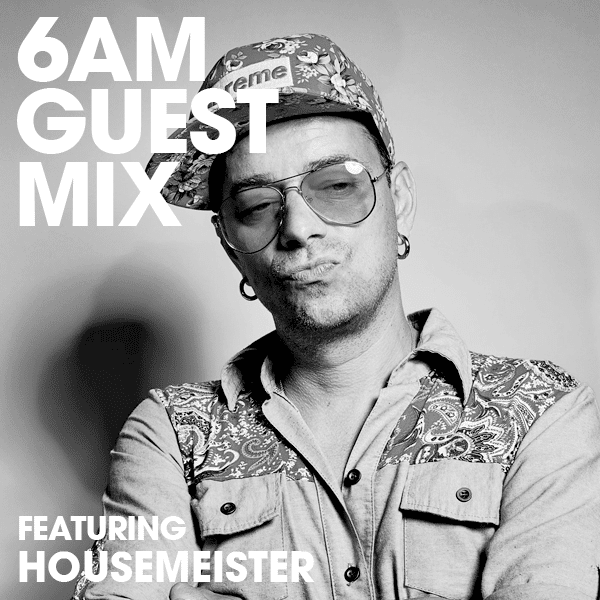 We begin the week with a Guest Mix from a legend of Berlin’s techno scene and a key figure of the German and international nightscape, Housemeister.

Housemeister has been DJing for almost his entire adult life now, after getting his first turntables in 1994 and going on to win a DJ contest at Popkomm Festival in Cologne in 1998.

In 1999 he joined Ellen Allien‘s BPC collective and started releasing records in 2001 on her label, bpitch Control, from which Karl Lagerfeld once took a track of his for his Lagerfeld compilation CD. Since 2005 he has been the label-head of AYCB Records and part of Boys Noize’s BNR imprint. As a full-analogue studio crack, he has produced 6 full-length studio albums and churned out more than 50 Vinyl EPs, totaling to over 350 tracks.

Housemeister never cares about style or trends, and always does what he wants. The “OP-1” project-album on BNR was only made with 1 instrument in hotels and planes. Another album of his was one just produced with the program Nanoloops on a Gameboy, which was Album of the month in Mixmag Magazin London. Back in the days he even played live shows only using a PlayStation portable and a Kaosspad.

Every two months he invites guests to his residency night at Suicide Club Berlin.

6AM · 6AM Guest Mix: Housemeister