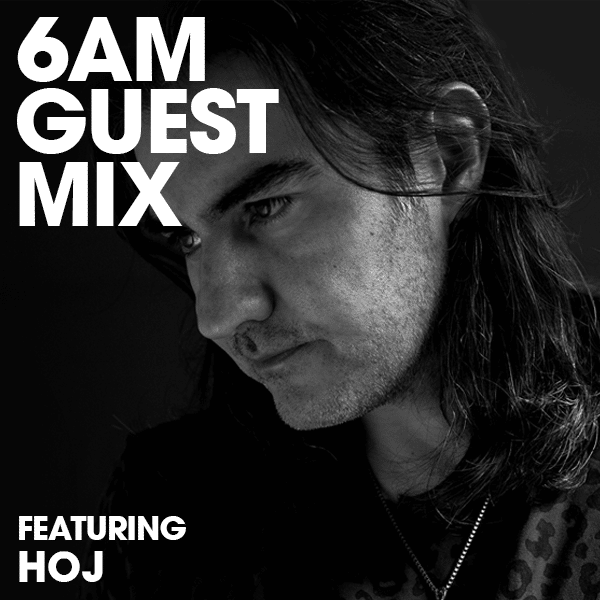 Known for his releases on All Day I Dream and iconic sets at Burning Man’s Robot Hearts stage, Hoj closes out our week with a dreamy Guest Mix.

Over two decades in dance music have made Hoj more than capable of living up to his reputation as a sonic storyteller. His cinematic sets explore the deep house landscape with a fervor that resonates through dance floors across the globe.

Close colleagues like Lee Burridge simply refer to his style as “Hoj house” rather than attempting to pin down its eclectic nuances. Although a longer road, staying the course of his artistic vision has paid off. In addition to a residency and landmark releases on Burridge’s All Day I Dream imprint, he now provides a platform for like-minded producers by way of their joint venture, Tale and Tone.

An extensive background in the visual arts set Hoj (pronounced with a long Ō) on a path less traveled by the average DJ/producer. Born in Iran and raised in the Bay Area of the U.S., he grew up exposed to film and music alike. Prior to DJing full time his background was in film, design and new media. He was the brainchild behind All Day I Dream’s brand identity, coming up with the single cloud design.

Hoj also discovered electronic music early in life. He attended his first rave in San Francisco in the early 90s, and he experienced the inauguration of legendary warehouse venue Homebase. After DJing for a few years, he made his San Francisco debut at Qoöl Happy Hour, an event series that took place at 111 Minna Gallery.

Soon afterwards he got involved with outfits like Opel Productions and Spundae, which afforded him audiences at the city’s more prominent nightclubs. He went on to help build the inaugural Opulent Temple sound camp for the 2003 edition of Burning Man. He has performed annually at the transformative gathering ever since.

Upon moving to New York City in 2008, however, Hoj outgrew the category of local DJ. Each passing year after that point brought bigger milestones and more momentum.

After his set on the Robot Heart art car during the 2010 edition of Burning Man, he was booked at the world-famous Berlin nightclub Berghain’s Panorama Bar. 2011 saw Lee Burridge launch All Day I Dream to serve the dual purpose of a record label and event brand, and he enlisted Hoj as a resident DJ of the latter. Since then Hoj has brought dance floors to life across the globe. Los Angeles, San Francisco and New York City account for much of his fan base, but his following has also grown significantly in locations like Canada, Mexico, Australia, South Africa, Dubai, Romania and London.

2017 marked two especially groundbreaking turning points for Hoj: His long-awaited debut as a producer and the unveiling of he and Burridge’s new record label, Tale and Tone. The label features music the founding DJs play at night, unique tunes with both story and groove. Around the same time, his own Telefade EP, released on All Day I Dream. The three-track EP included “Leap Day” as well as a remix of the title track by Bedouin. Hoj followed up Telefade with his own Tale and Tone release in 2018. Titled “Ramblefog,” it appeared on the imprint’s Prologue compilation,

What has followed is more releases on both labels, and a touring schedule that has seen him deliver magic across all four corners of the globe.