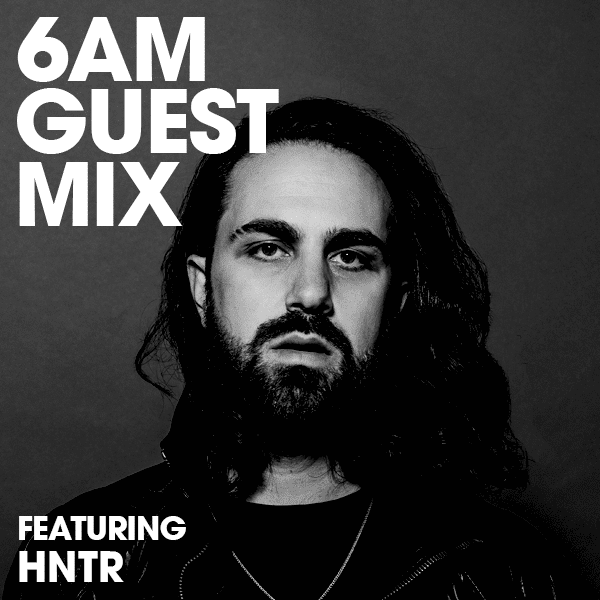 His debut single “Waiting Up,” released as a white-label in 2013 received international support and quickly caught the ear of a number of tastemaker labels, like Steve Angello’s Size Records where HNTR went on to collaborate with house music legend Todd Terry.

The emergence of HNTR gave an outlet for the more underground sonics that have been influencing Siegel’s vocal-driven radio songs since the beginning. The debut EP I Might Forgive, I Don’t Forget released independently on his label No Neon was met with early support within the techno and underground dance communities, and caught the ear of dance music legend Deadmau5 who gave the nod to HNTR for a pair of shows in 2020.

A curatorial force in the Toronto dance music scene, HNTR has been throwing sold-out shows in the city for more than five years with his brand No Neon. No Neon Records was launched in 2019 as an expansion of HNTR’s dedication, using the platform for releasing his own records alongside music from emerging and established artists alike. No Neon has spotlighted rising artists before they break, having booked Rezz for her first show in Toronto and similarly booked acts like Joyryde, Matroda, and Drezo early on in their careers.

Listen to 6AM Guest Mix: HNTR

Together with his label No Neon, HNTR will continue to push the limits and lead the cutting edge of modern house and techno.

HNTR makes his debut on fellow Canadian deadmau5’s acclaimed label, Mau5trap with “Shadows In The Dark” featuring Elliot Moss, which you can listen to and stream HERE.

Having previously opened for deadmau5, releasing on mau5trap is a natural next step for the buzzing talent.

The new single follows the success of HNTR’s second EP Mind Games, which released on his own label, No Neon in March. The four-track EP showcases HNTR’s dynamic ability to bridge techno with progressive house, and showcases No Neon as a tastemaker within the underground realm.