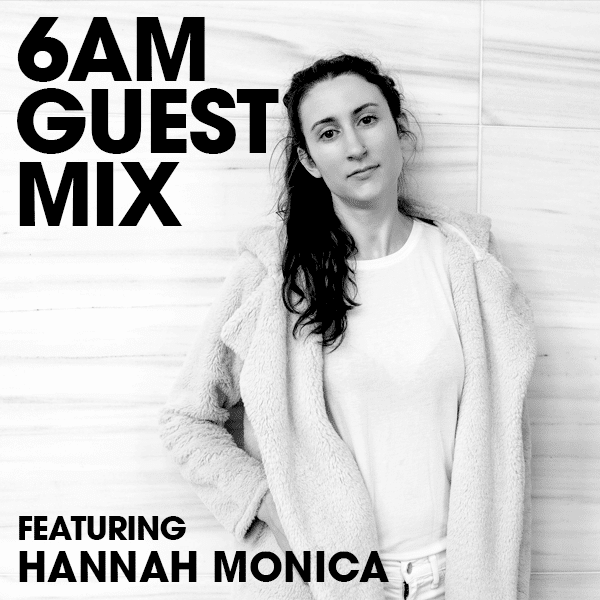 The mix features tracks from the first EP on Understated @ Nite, which is titled Apothic and comes courtesy of Boston rising star Bad Eye and their two dancefloor-ready, driving and melodic tracks.

This mix kicks off the launch of Understated’s new label, Understated @ Nite, and represents the sound the label will encompass from melodic to groovy to faster and more obscure. I want people to wish they were in a sweaty warehouse when they are listening and to get excited as events in Los Angeles are coming back. Understated @ Nite will be characterized by darker music that makes you want to dance, but at the same time will sound different from the norm. – Hannah Monica

With Bad Eyes’s history of Beatport chart-topping singles and remixes, Understated is eager to present the duo’s solo EP ‘Aphotic,’ featuring two tracks that are inspired by deep-sea frequencies making the listener feel as though they are on a journey through an underwater rave. The bass, chord progressions, and arpeggiators create a pulsing energy and will likely move any dancefloor. It is easy to hear Bad Eye’s voice through their carefully produced tracks, and it is a sound that is sure to stick with the listener and make them want more.

Bad Eye is the creation of two brothers from Boston, MA, who approach the darker and more elemental dance music genres with a singular mission: create a dance-forward soundtrack worthy of an ancient deep-sea leviathan. Asher and Gage Norris craft cinematic and melodic techno under the watchful eye of the octopus, launching Beatport chart-topping singles and remixes on Emercive Recordings, Understated LA, and more. After a year of evolution in the lair, they’ve come back to the surface with eyes on concept-driven extended plays, and a slew of new projects. With their sound and vision solidified, the two brothers are primed to make an impact with their deep-sea frequencies in 2021.

Launched in October 2016, Understated is a community, event series, and music crew that has been creating some of Los Angeles’ most hotly tipped underground parties and club events. Understated @ Nite is the second label powered and curated by the Understated events team, focusing on music with a hint of darkness best suited for when the sun goes down.

6AM · 6AM Guest Mix: Hannah Monica