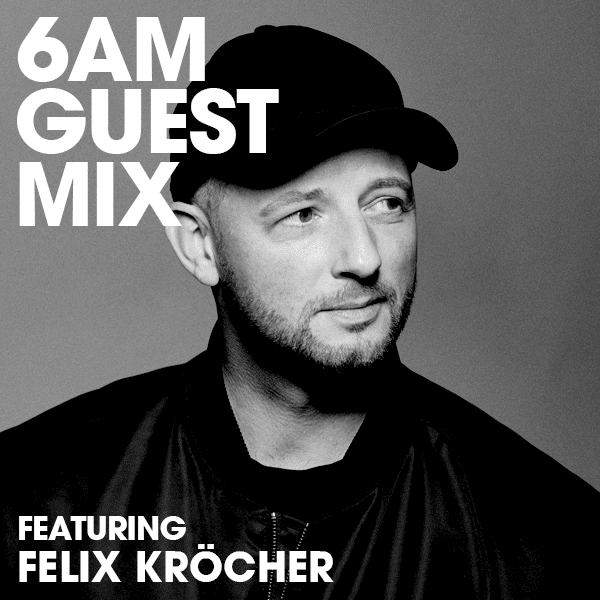 Felix Kröcher, who has performed over 100 times in every year of his career, delivers this week’s 6AM Guest Mix. He is one of the most established and most booked DJs in Germany and has maintained this status beyond Germany’s borders.

Every weekend, Felix Kröcher’s tour schedule includes major festivals as well as clubs in Switzerland, Austria, France, Italy and Spain. For far more than a decade, he has been an annual guest at Nature One, SonneMondSterne, Mayday, Time Warp, Parookaville and Ikarus Festival. His vita includes performances at the Loveparade in Berlin, WIRE Festival in Japan, Nocturnal Wonderland in California, EDC Las Vegas, Awakenings in the Netherlands, RaveOnSnow in Austria and Thaibreak in Thailand.

6AM · 6AM Guest Mix: Felix Kröcher

Felix Kröcher already laid the foundation for his success in 2000. Since then, he has made a name for himself as a successful and internationally acclaimed producer with releases on renowned labels. His album “Läuft” came out in 2011 and as a continuation of this success, he released his famous mix compilation “Läuft. Weiter” only three years after. This earned Felix Kröcher audience awards and high placings in the annual rankings of relevant magazines. He has influenced the electronic music scene stylistically for almost two decades.

Whether as a resident of the legendary Frankfurt club U60311 or as a longtime presenter of his own show on “sunshine live” as well as a weekly and international radio show, which reaches people all over the world with more than 80 stations and is available on Spotify, iTunes and SoundCloud – Felix Kröcher convinces with his skill and expertise around the topic Techno, as well as with his friendly manner and his open cordiality. The DJ, producer and radio presenter will celebrate his 20 years stage anniversary throughout 2020 to further express his creativity and prove himself on all levels of his versatile work.

If you enjoyed the mix, connect with Felix Kröcher