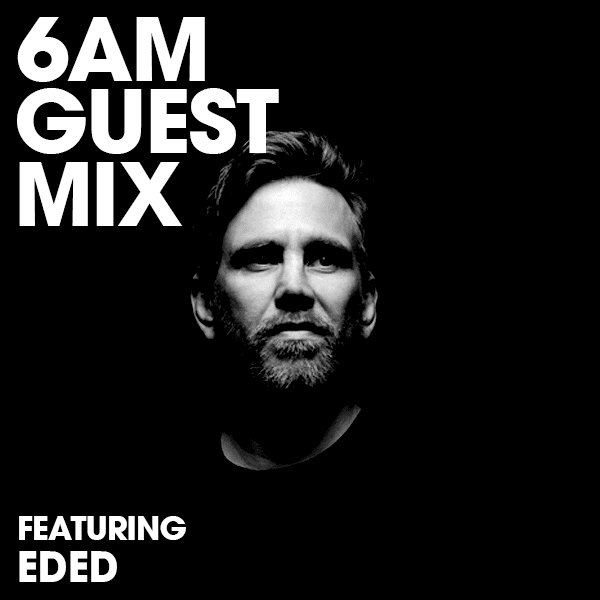 His style of music comprises Deep House as well as tech house and techno. He also A&R’s for Moodmusic Records in Berlin. Born in Offenbach, ED ED already in his youth laid down the foundation for a career characterized by energy and stylistic accuracy. Already going into the DJ circuit at the end of the 90s Ed’s passion for music began in the vinyl stores. After six years, he moved to Vancouver in Canada, but retained, especially in his early teens his musical roots in Germany.

German New Wave bands and legendary groups like Kraftwerk get exactly the sound resolution in his life in the late nineties that makes the leap from passion to a career of choice. This first happens in the major underground clubs in Cologne, such as the Neuschwanstein or the rapture of the Tiefenrausch. During this time, legends and labels such as Matthew Herbert, Paperclip People or Derrick May are no more dreams, but set goals. EDED follows this path with passion and a straight line.

A few years after completing his studies at SAE and spending time at radio stations like Evosonic radio it was time to part with his first label, which turned out to be a logical step. This determination runs through EDED ‘s life – wind and water sports provide compensation to the creative process; films of exceptional sharpness and clarity of style – such as Blade Runner – provide inspiration. Today, style and direction are defined, ED ED does not lose sight of both. His music reflects this force: clean lines, vibrant bass, cool energy to make his sets a worldwide success. Moodmusic turned out to be his 1st label of choice. His current releases include “Mulackritze EP” hit the top ten singles on Traxsource and Beatport and DJS like Smash TV see it as “THE underground Track of 2013“. Königswasser EP with deep vocals from Eric Mcbride are tearing up floors in Berlin.

Here, it is not unusual for him to meet musical players and labels to which he has been waiting for years: Jesse Rose, Maceo Plex, Carl Craig, Oliver $, Solomun and Sasse let his eyes light up. And they play just like him at such clubs as the legendary Berghain Canteen, Katerholzig, Cookies, Sisyphos and Chalet. Here EDED proves his trendy feeling. The infamous Berlin club ran with him through their eighteenth birthday into a new era.Currently EDED is establishing himself as the right hand of SASSE on his Moodmusic label, he is also the A&R for upcoming releases and taking the Label to a „Next Level“. Adult audience for adult music, a perfect home for the individualists, bathing in fun: like a happy crowd, basking in a rich, clean sound.