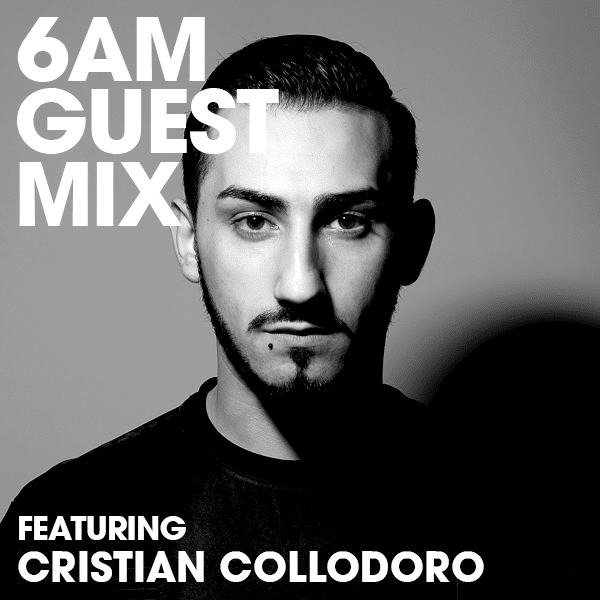 6AM is glad to welcome Italian DJ and producer Cristian Collodoro to this week’s Guest Mix. Getting his start at the early age of 14, driven by an interest in disco music he began playing in local clubs. Eventually falling in love with techno Cristian was able to refine his mixing skills and find his true sound. His style is a wonderful blend of charisma and engaging delivery behind the decks.

His true artistic transformation occurred once he moved to London. There he worked as a producer and mastered the sounds of Detroit techno, Hard techno and Acid. While in London he grew an artistic and intellectual curiosity that has propelled him toward new artistic heights.

In doing so he has released on labels from around the world such as Dolma Red, Insectum Records and Eclipse Recordings. Gaining recognition for both his technical skills as well as his personal qualities Collodoro has made a quick transition from playing in local gigs to clubs around the world. He has spun the decks at the likes of Ministry of Sound in London, Der Weiße Hase in Berlin to Black Leather Club in Madrid.

6AM · 6AM Guest Mix: Cristian Collodoro