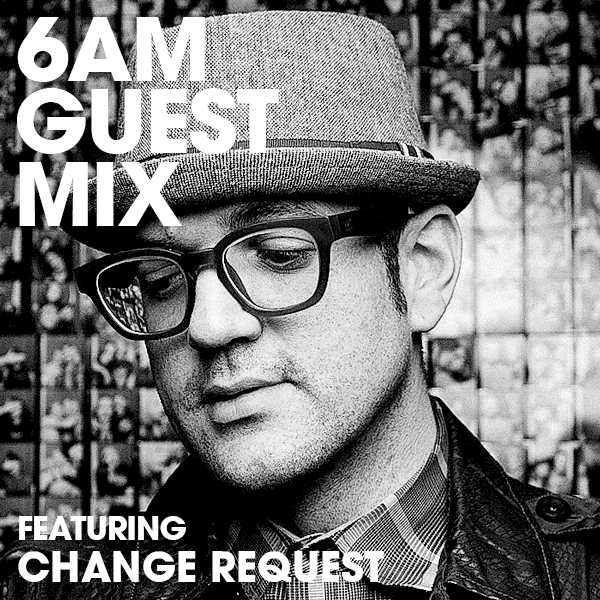 Chicago’s Change Request aka Andrew Emil delivers a powerful Guest Mix for us this fine Monday!

A preeminent artist of Chicago’s 3rd wave, Andrew Emil is one of house music’s most staunch stalwarts. A concert-trained percussionist since age 11, he earned a chair in his native Kansas City Symphony before eventually moving to Chicago.

As a traditional musician, Andrew Emil has worked as a keyboardist, arranger, and an orchestrator on recording sessions and productions, cutting his teeth at the former Chicago Trax Recording Studios.

Credited on over 200+ recordings, his composition and studio productions have ranged from concert works and sound design to film scoring stages and hundreds of releases of electronic music productions.

After a life in live music performance, from orchestra percussion sections to punk rock ensembles, he crafted a reputation for House Music productions in Chicago under his own name, as well as Broadway & Wilson, and Uptown Tones.

One of the earlier innovators of the “Jackin House” genre under the Broadway & Wilson moniker with Jeff Bloom, Andrew is never content to stay in one place or style of musical thought for very long.

2012 saw the emergence of his epithet, Change Request, with the Change Theory EP on four play music. This new persona allowed the freedom to explore hybrids of mid-tempo live instrument focused jazz-dance-fusion.

Following this release was “After All” on Seasons Recordings, with another single thereafter featuring house music icon, Chez Damier, “I Wanna Go Back”, including a remarkable rework from Glenn Underground, on Glenview Records.

The ever-growing collection of songs and musical dialogue eventually led to the conceptual album series from Change Request. Each full-length effort containing a completely separate story and scored via its own unique incidental subtext.