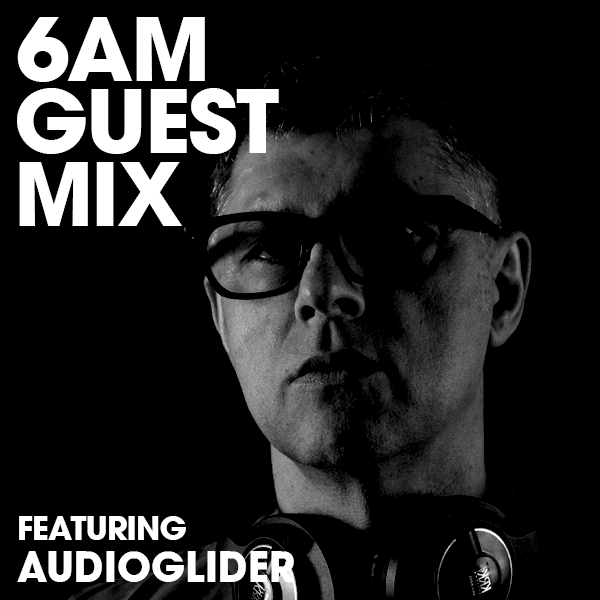 Hot off well-received releases from labels like Wizarding Wolf, ICONYC, and Pangea, Audioglider has that rare ability to produce like a machine and never sacrifice quality, as he showcases so brilliantly with this Guest Mix.

Although the world is in the midst of a pandemic, Robert Sodano aka Audiglider has figured out a way to find his groove this summer. Audiglider once again releases some of his best music to the Pangea Recordings label with the Fifty Five Fathoms EP, which may be considered his best release to date upon listening. Fifty Five Fathoms can be summed up as four creative and well-produced tracks which showcase Audiglider’s uniquely positive and eclectic sound, and also show why Robert Sodano is a stalwart in the underground dance music scene. Pangea Recordings is proud to present the Fifty Five Fathoms.

Enjoy one hour of downtempo and spaced out nu-disco prog shoegaze fusion, with full track listing at the bottom of the article.

There are points in every artists musical journey that highlight a sea change or a shift in consciousness. The ﬁrst of those moments for Roberto Sodano was the time he saw Kraftwerk as a spotty teen with dodgy 80’s haircut. Their machine funk sound completely captivated him and his love of all things electronic began. Born in Wales to Italian parents, the ’Tafﬁa’ as they were affectionately known, finally relocated to London after stints all over the UK and Central Europe.

Growing up in a bleak post-industrial city drove Roberto’s need to escape through all manner of musical discovery: experience borne out in his esoteric musical inﬂuences of 80s and 90s shoegaze, from bands such as Ride, MBV and the Cocteau Twins through to synth pioneers including the aforementioned Kraftwerk and a pre-Dare Human League.

“Music has always been there for me. It’s a friend that doesn’t judge you, a comfort blanket and a kick up the arse when you need it.”

Choosing to make music as much as become a DJ, Roberto released tracks under a range of pseudonyms before ﬁnally settling on his current nom-de-plume ‘Audioglider’. His big break came with the licensing of two tracks under the new project name – Whiskers and Zusammenallein – for Nick Warren’s Global Underground CD, GU30 Paris. “These were my ﬁrst ofﬁcial releases as Audioglider, it’s all been downhill from there!” he quips, as he’s now held in high regard by an army of fans and industry insiders alike.

A master of both uptempo club tracks and more winsome downtempo fayre, he cites inﬂuences as wide ranging as Ulrich Schnauss, Massive Attack and School of Seven Bells for his more cerebral back catalogue additions which includes three albums for Tripswitch’s Section Records – Accidental Beauty, Subaquamarine and Kollision (with Xspance). Referencing his inﬂuences can be heard as echoes on everything that Roberto does, while at the same time, they glisten in their own unique light. Translucent in sound.

“I don’t stick to a formula so I can explore and develop my musical identity without boundaries.”

One of the most telling sea change events for Roberto was playing his ﬁrst gig at a disused warehouse in East Berlin. “It was my very ﬁrst go on 1210s and I blagged the gig after meeting some Germans at MoS.” he says, “I got a crash course at Zoom Records one afternoon from Billy Nasty and then ﬂew to Berlin next day!” Gigs at Ministry of Sound and beyond bookmarked the 90s and early 00s, a vibrant time for dance music and for the development of progressive house.

Even now Roberto’s ambitions are as strong as ever. With a flurry of releases and remixes in 2018, 2019 and into next year on labels such as Mirabilis, Transpecta, ManMadeMusic, Pangea, Modern Agenda, Emotional Content, Section Records, Krafted, Tarnished Tracks, Wizarding Wolf and his collaboration with Xspance, and new solo album on the horizon, as well as his recently launched new show Interstellar on Frisky Radio, regularly crashing into their top ten, and his stunning set at Modern Agenda’s label showcase at ADE 2018, the future is looking bright for Audioglider and his sonic doodling.

6AM · 6AM Guest Mix: Audioglider