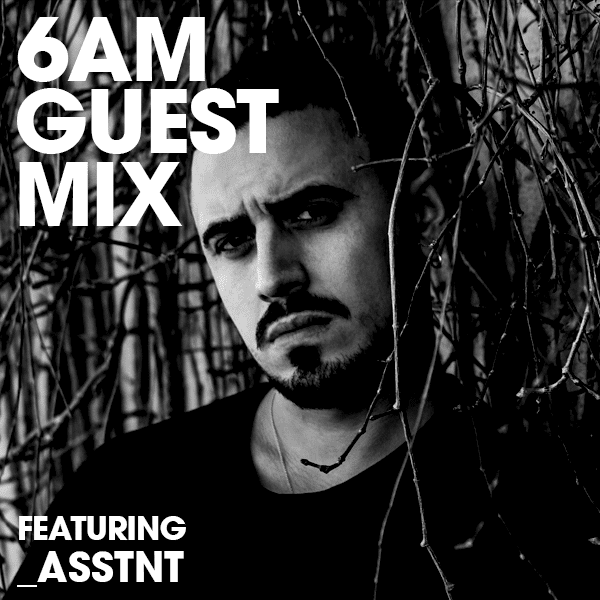 asstnt is a Spanish producer/DJ and co-founder of Opera 2000 label alongside Roll Dann, and with this Guest Mix he delivers a testament to the techno sounds he is known for.

A DJ and producer from Madrid _asstnt, breaks into the underground scene with an industrial, dirty and melancholic sound. A romantic artist with a demonic soul capable of transmitting sweet sentimentality and the crudest violence.

Born in Madrid in the early 90s, music was instilled in him as a child as one of the most important arguments in life. It was at the age of 13 when he became interested in her as a form of expression, acquiring his first turntables. He started into it with the hardhouse, a sound contemporary to this time and with high BPM, which would influence his subsequent sound. Later he became interested in harder sounds, such as hardstyle or hardcore, of which he fell in love with the dirty nature that would later make his sound so characteristic. In 2008 he began his studies, at the same time that he began to produce his own music. For several years he dedicated himself to perfecting and improving his music.

In 2017 his first track arrives as _asstnt for the Involve Records compilation “5 Years in Love With Involve”. “Chronicle Of A Love Foretold,” published together with the artist Roll Dann, is a melancholic hit that perfectly describes, due to its composition, a soul broken and devastated by heartbreak.
In 2020, _asstnt and Roll Dann, decide to start their own project together, “Opera 2000”, a label whose first release saw the light of day in February 2020. “Back From The Morgue” arrives to shape the idea that the two Artists have “Opera 2000”.

The duality in the ‘techno’ concept is intended to reach clubbers or ravers, to the choicest ears of other artists.