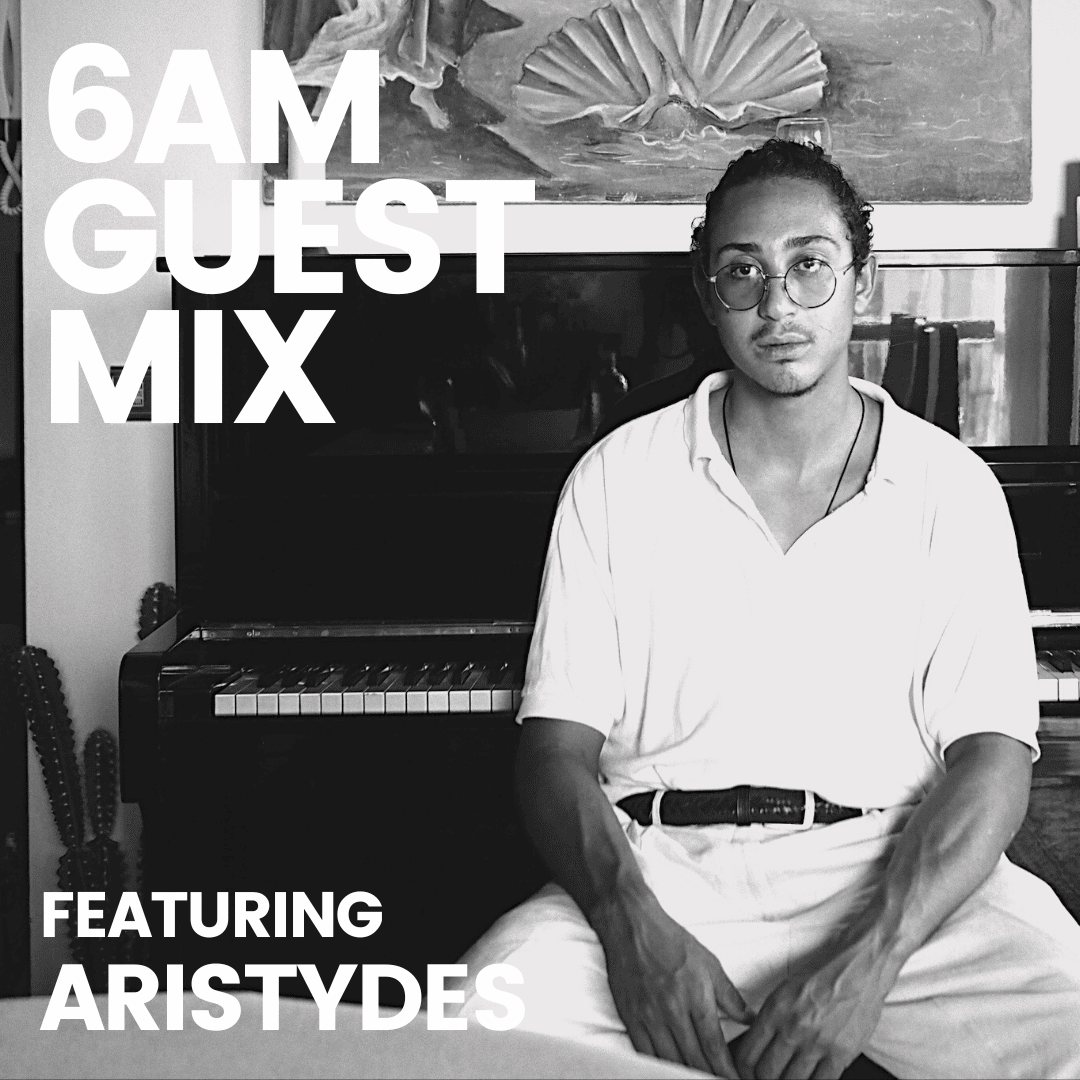 This week’s Guest Mix is a DJ originally hailing from Lake Garda, Italy — Aristydes has developed his signature ethereal groovy sound over the years spent simultaneously as a piano composer and as a raver. In 2021 he became one of the three pillars of the U.K./Barcelona-based label and collective 01366.

Aristydes has played in some of the most respected clubs of Barcelona like Garage of the Bass Valley, Atlantic Club by Amnesia Ibiza group, M7, and among others. In his fast-rising DJ career, Larry had already the pleasure to share decks with his all-time favorite artists like Marrøn, Arthur Robert, Dragutesku, Future 666, Blanka, and others. Meticulous in his approach, Larry is a perfectionist and enjoys building up from the ground and drowning the listener in for the duration — all the while adding ethereal atmospheres and driving percussions into the mix.

6AM · 6AM Guest Mix: Aristydes

He also co-founded two series of parties: Electronic Wine Festival to associate techno with wine culture and breaking the stigma of the relation between hard drugs and electronic music, and he co-founded Dark, an afterparty devoted to freedom, counterculture, mutual respect, and creating a space free from discrimination.

Larry believes techno can be political by merging clubbing culture with peace studies. He is lately exploring the possibility of using techno as a tool for conflict resolution.