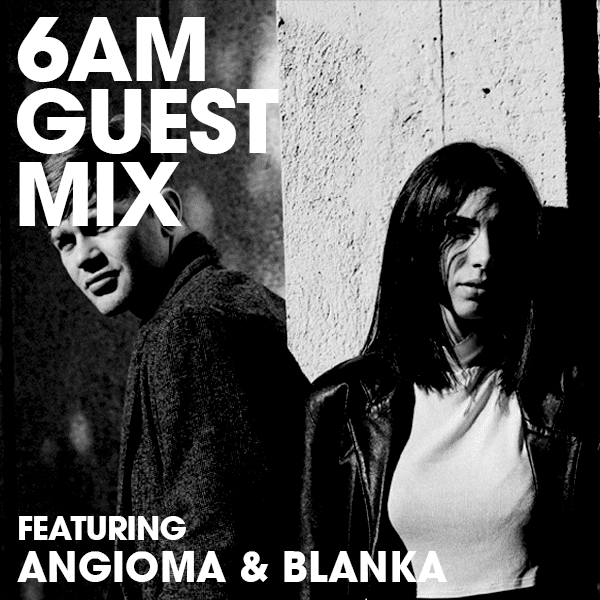 Born in Lyon in 1995, Angioma is a DJ and producer now based in Barcelona, Spain. Angioma’s releases have found a home on Anja Schneider’s Sous Music, Christian Smith’s Tronic and his very own Room Trax.

Blanka is from the south of Spain but currently resides in Berlin. When just 17 years old, she left her home and she decides to focus completely on her true passion: music.

An angioma is a malformation in the blood vessels, which are grouped in a knot of veins. inspired by that blood, and perhaps by the musical darkness that is processed in each watt, Alexy Billon aka Angioma, resident in Barcelona, began a laborious career starting at age 14, always self-taught, absorbing every note and every melody.

At 17 he acquired his first equipment, very influenced by the darkness of Marilyn Manson and by the psychotrance music of the underground raves of the city, which emerge in his life as a revelation giving way to electronic beats, but these influences do not go away with the passage of time. Angioma has been able to unite that musical force with the frenetic rhythm and exquisite taste for the subtlest classists of modern techno.

At the age of 20 he gets the residence of Destino Pacha resort Ibiza, performing through clubs like City Hall, La Terraza, Under Club, sharing the DJ booth with artists such as Deborah De Luca, Solomun, Luciano, Maceo Plex, Lewandowski, and Dosem. All this in only a year on stages, surrounded by sounds inspired by his particular vision of electronic music.

Always thinking about the evolution of his musical career, and due to his musical concerns and the desire to continue improving his skills, he has not stopped studying and training in recent times. The future looks bright for Angioma, definitely one of those artists to see and feel from the dancefloor.

Blanka was born in Cordoba, Spain in 1996 and currently resides in Barcelona. With only 17 years she left home to work as a model outside of Spain, an adventure that led her to live for a while in Milano, where she learned new languages and make a living for herself.

After a while in Italy she began a new journey through different countries in which she continued working intensively. Her passion and concern for electronic music impelled her desire to become immersed in musical wisdom and began to train professionally and culturally in her favorite style. Little by little she moved away from the fashion world, until one day she decided to focus completely on her true passion: music.

In her professional works, house and dub techno are the predominant genres, two different styles that she manages to sound good together. In her short, but intense, professional career, Blanka has taken her musical proposal to clubs, both national and international, of great relevance within the sector, such as La Terrrazza Barcelona, Café Del Mar Barcelona, Pure Radio Ibiza, Egg London, Polygon Club Berlin, among others.

Despite her youth, she shows extraordinary desire to continue advancing in the world of electronic music and to continue sharing her passion in future shows and festivals.