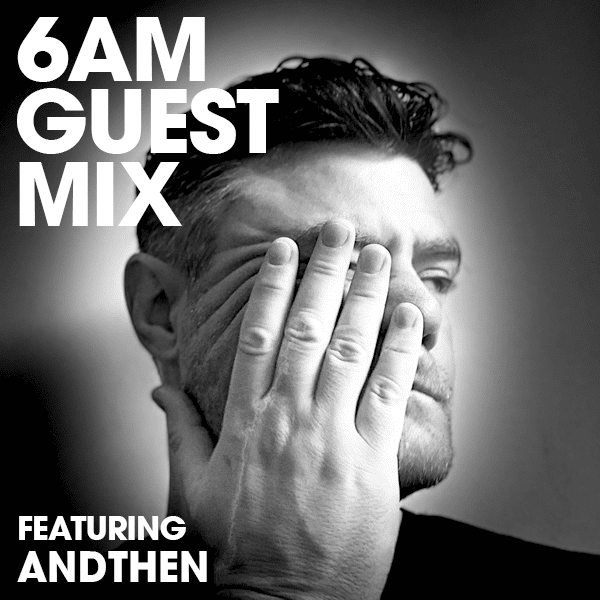 Reaching as far back as the mid-’90s, AndThen is an artist with a well-cultured past. Having grown with the constant evolution of electronic music in the UK over the last few decades, his story is one that spans several genres and has seen him supported by some of the biggest names in House and Techno.

AndThen is the result of several successful artist projects before his newly-coined moniker. Having ventured through the realms of Hardcore, Jungle, Techno, Electro and more; AndThen finds his resting place amongst the globally-appreciated sound of modern House and Tech House. Inspired by the likes of Rafa Barrios, Nic Fanciulli, Matthias Tanzmann and many others, his sound can be described as an emphatic fusion of House and Tech House – with Tribal undertones and a key emphasis on percussive-laden groove. His sound has now gained support from BBC introducing and labels such as Cubism, Price Incorrect and Boost Weapons, where his first release as AndThen hit the Beatport top 20.

Throughout the years, AndThen’s previous ventures have built an impressive foundation for his future – with a plethora of clubland exposure and notable experiences to boot. Some of his highlights to date include performing at the Rugby World Cup final in Cardiff, featuring on BBC R6 with a guest mix, winner of Welsh Music Awards’ ‘Best Radio Show’ category and several residencies in the UK and further afield – including Cool House, Back to Basics (Cardiff) and Club Desire (Ayia Napa).

No stranger to rubbing shoulders with some of the industry’s greats under his Lenny Barton alias, AndThen has already had the pleasure of supporting the likes of Nic Fanciulli, Phil Kieran, Jody Wisternoff, Jon Carter, Justin Robertson, Dave Beer, Slipmatt, Mark Broom, Pete Heller and many more. With such impressive billings already under his belt, AndThen will no doubt be a continuation of the same caliber in the years to come.

AndThen is also a host on Mixmasters TV, one of the biggest electronic music education platforms, where he has worked with artists such as David Morales, Marshall Jefferson, Huxley, Saytek, Carl Bee and many more.

With decades of experience and appreciation for the ever-changing landscape of electronic dance music flowing through him, the newly packaged form of AndThen comes to the fore with a rich base studio and dancefloor exposure and is more than ready to push on and take his career to the next level.

Listen to 6AM Guest Mix: AndThen