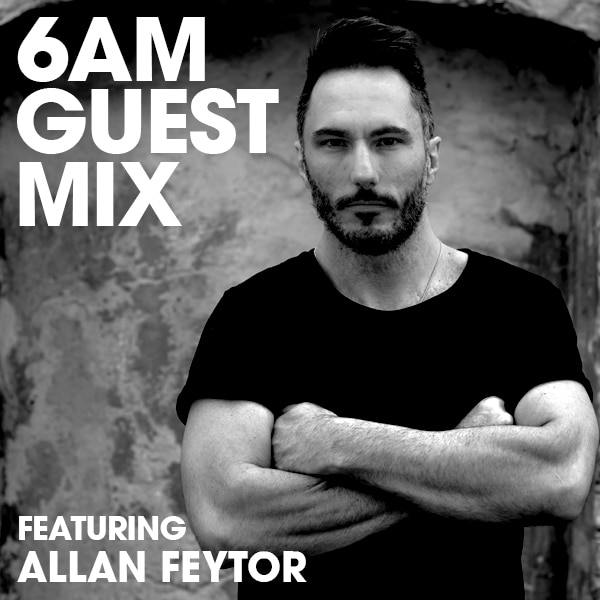 Born in Brazil, Allan Feytor is a techno producer currently based in Berlin, Germany, delivering today our Guest Mix of the week. Over the years Feytor has performed in several countries bringing his originality, style and groove to many techno fans.

Feytor is passionate about producing high-quality tracks with his own approach by blending a classic techno groove with dark atmospheric layers and punchy acid lines. his latest productions was supported and played by Dave the Drummer, Cristian Varela, Richie Hawtin, Spartaque, Ilario Alicante, Sander van Doorn, Joseph Capriati; Feytor is also the owner at Chromium Music, a Berlin-based techno label.

Enjoy this exclusive mix from Allan Feytor below.

Representing the Brazilian metropole that never sleeps, Sao Paulo-born, Berlin-based Allan Feytor has over 15 years of experience involved in the electronic music scene and has been pushing the boundaries in the studio following his techno passion.

Allan’s tracks have been played and receiving steady support from who is who on the scene such as Christian Valera, Nicole Moudaber, Keith Carnal, Developer, Arnaud le Texier, DAVE The Drummer, SLV, and Noir to name a few.

With his most recent releases being ‘Schattental EP’ Ian Axide’s label Emphatic Records and ‘Sightings EP’ on Vinicius Honorio’s Liberta Records, and upcoming releases on Pan-Pot’s Second State and Kaiserdisco’s KDRAW later this year, Allan’s industrial and hypnotic techno sound is a statement of maturity and evolution that leaves no dancefloor at a standstill.

Allan’s own record label Chromium Music was launched in 2017 and has been receiving massive support from many top techno DJs and producers.